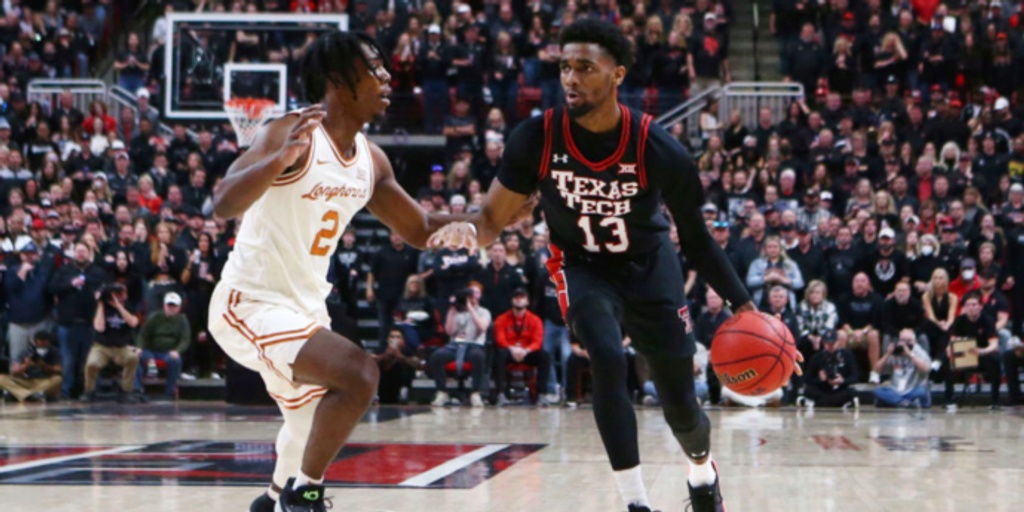 Lubbock, TX  —  In Chris Beard’s return to Lubbock, the Red Raiders make a statement with a 77-64 win, defeating the Longhorns. Kevin McCullar led all players with 19 points, and Marcus Carr scored 16 for the visitors.

The  Red Raiders (17-5, 6-3 Big 12) entered ranked No. 3 in the conference behind the strong season of Bryson Williams. The senior UTEP transfer is averaging 13.5 points and 4.6 rebounds per game.

The Longhorns (16-6, 5-4 Big 12) are also led by a transfer in scoring. Timmy Allen (Utah) is averaging 11.5 points and 6.5 rebounds per game alongside the experienced backcourt of Marcus Carr (Minnesota), Courtney Ramey and Andrew Jones.

The students camped out for days for a chance to heckle former Red Raider head coach and now Longhorn head coach, Beard. The environment was unlike the building had seen in years as they entered this contest 13-0 at home on the season.

The Red Raiders jumped out to a 19-7 lead and the place was going bonkers. Kevin Obanor and Kevin McCullar would lead the way in the first half with 11 points and 10 points respectively, as the home team took a 43-29 lead into the break. Williams added 9 points while Ramey was trying to shoulder the load for the visitors by scoring 12 points.

Allen and Carr would get going early in the second period as Texas cut the lead to 49-42. Obanor would soon respond with a pair of triples to re-extend the lead to 62-50. With the power of the crowd behind them, Tech continued to get the necessary stops to seal the deal.

Mylik Wilson threw down a ferocious dunk with 0:54 to play to send a message, and Mark Adams and company sealed the 77-64 win for the Red Raiders to stay undefeated at home.

Kevin Obanor had a great game with 17 points of 5 of 7 from deep. Bryson Williams scored 16 points on 7 of 11 from the field. Ramey ends with 12 points. Christian Bishop provided 9 points, 8 rebounds, and 1 steal for the Longhorns.