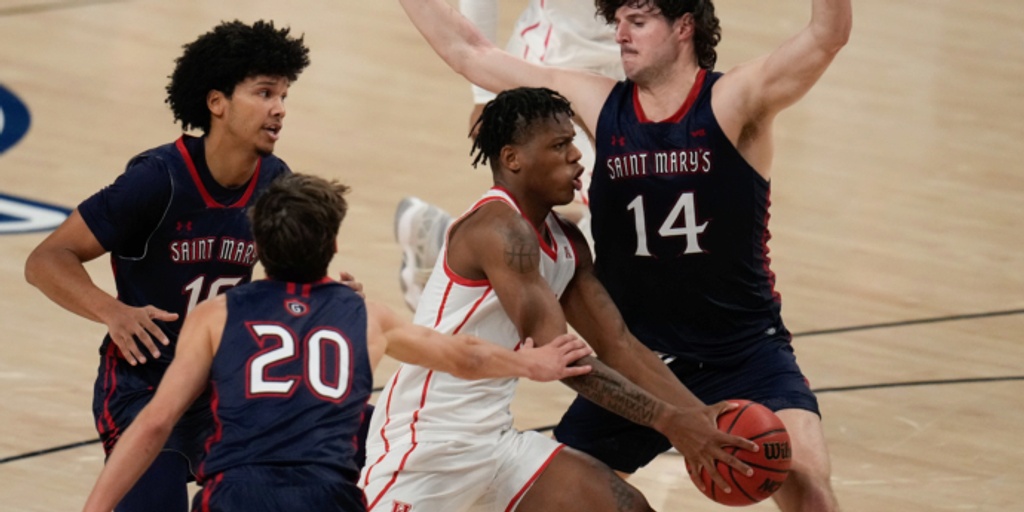 The Cougars (8-0) won twice in their first week as the No. 1 team since the final poll of the 1982-83 regular season, when Clyde Drexler and Hakeem Olajuwon led high-flying Phi Slama Jama.

Logan Johnson scored 17 points and Aidan Mahaney had 14 for the Gaels (6-3), who lost their third in a row following a 6-0 start.

Houston was the favorite to win it all in the second of three consecutive trips to the Final Four nearly 40 years ago, but lost to Jim Valvano and North Carolina State in one of the iconic championship games.

Coach Kelvin Sampson’s first top-ranked team is coming off trips to the Final Four and Elite Eight the past two seasons.

For the third straight year, the postseason path will start at Dickie’s Arena, where Sampson likes to bring his team during the regular season as prep for the American Athletic Conference tourney.

Florida State (1-9) scored the next six points, then didn’t score again for five minutes as the Cavaliers rebuilt their advantage.

Miller Kopp scored a season-high 21 points for Indiana (7-1, 0-1) . Star forward Trayce Jackson-Davis was held to 13 points and 10 rebounds before fouling out late. The rest of the team had 14 points.

FAYETTEVILLE, Ark. (AP) — Trevon Brazile scored 23 points and Arkansas broke away in the second half to beat San Jose State.

The Razorbacks (7-1) led 40-35 at the break before erupting. It was the first men’s basketball matchup between the schools.

Ricky Council IV had 17 points for Arkansas. Heralded freshman guard Nick Smith, Jr. contributed 16 points and five assists in his first career start in only his second game as a collegian.

Charlie Easley and Arians each scored 17 points for the Jackrabbits.

The Blue Devils (8-2), who shot 52.8% from the field, are unbeaten in six home games under first-year coach Jon Scheyer.

CJ Penha scored 16 points and Jaeden Zackery had 14 for Boston College (5-4), which has lost eight straight to Duke.

COLUMBUS, Ohio (AP) — Brice Sensabaugh led the Buckeyes with 15 points and Bruce Thornton added 13 as Ohio State surged in the second half to be St. Francis.

The Red Flash trimmed a 16-point deficit to eight in the first half, with Josh Cohen getting the first points after the break. But Ohio State (6-2) went on a 13-5 run, held St. Francis (2-7) scoreless for about five minutes in the second half and at one point went up 39 points.

Roddy Gayle Jr. had 12 points, Zed Key had 11 and Sean McNeil and Felix Okpara scored 10 apiece for Ohio State, which shot 50.7% from the field.

Cohen finished with 18 points and 10 rebounds for his first double-double of the season. Cam Gregory added 15 points and Maxwell Land scored 14 for the Red Flash.