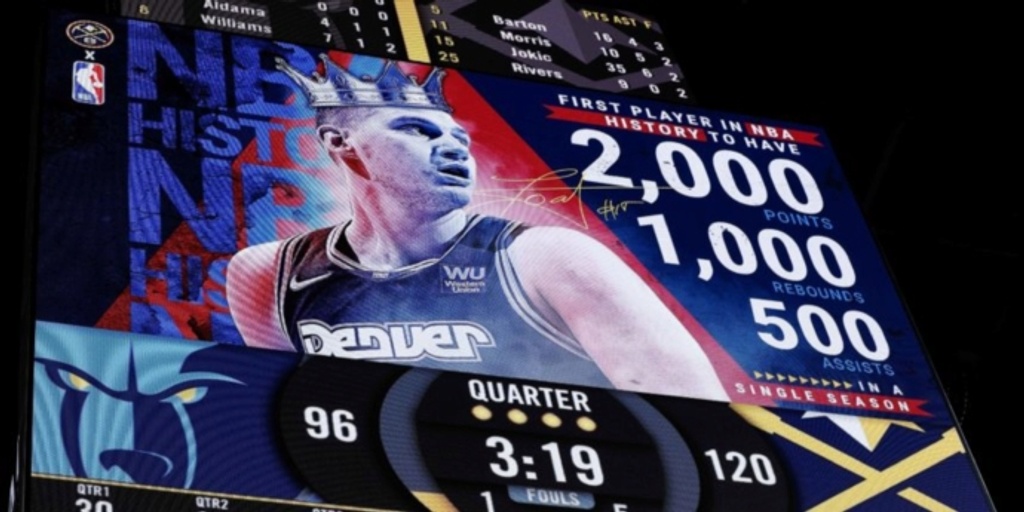 Nikola Jokic made history in the Nuggets playoff-clinching win against the Memphis Grizzlies on Thursday night as he became the first player to ever have 2,000 points, 1,000 rebounds, and 500 assists in a single season.

Nikola Jokic is the first player in NBA history with

in a single season. pic.twitter.com/j4DBLwFylF

ANALYSIS: This is an exclamation point on what has been another incredible season for Jokic. The reigning MVP may very well take home the award for a second straight season after leading the Nuggets to the playoffs without its other two stars Jamal Murray and Michael Porter Jr.