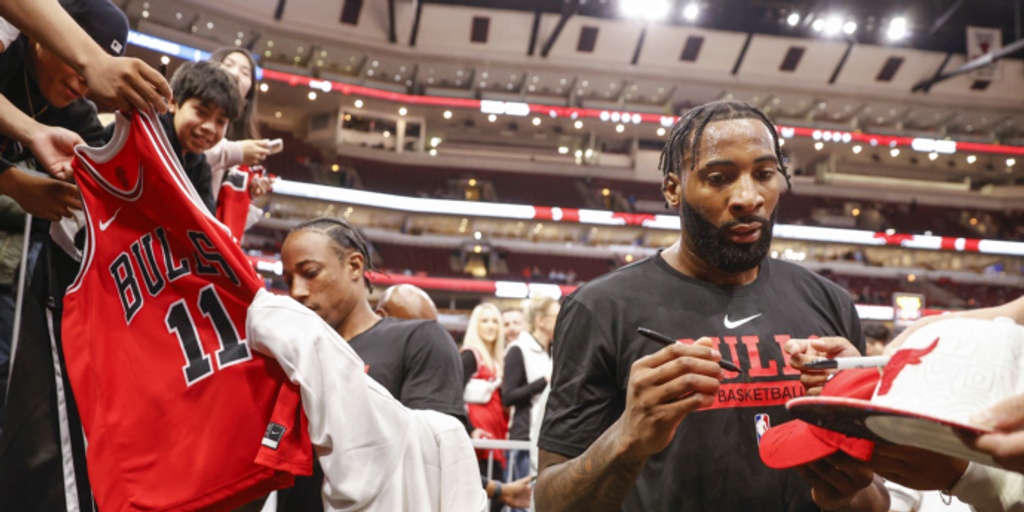 Basketball fans have a new, fun way to interact with some of their favorite players.

A group of upcoming and veteran players have joined together to launch the "Daps" app, a digital marketplace that gives fans the opportunity to chop it up with various players across multiple leagues.

The company announced the following on Thursday:

A dynamic group of young, veteran and former players from the NBA and WNBA — as well as college All-Americans and some of the nation’s leading high school players — have joined to launch Daps, a first-of-its kind marketplace for sports fans to purchase unique digital experiences from their favorite athletes.

Daps will offer next-generation fan engagement with top ballers ranging from simple Instagram comments and shoutouts to one-on-one interactive experiences including video calls, playing a video game, fashion advice, shooting form feedback, and watching a game live. Pricing will vary based on the type of experience.

The in-app fan experience will be seamless. Fans will simply download Daps from the App Store, browse to find the athlete, click "Book Now" to see what they're offering as well as pricing information, and complete the transaction using Apple Pay.

A portion of the proceeds will benefit Everytown, Mayor Michael Bloomberg’s anti-gun
violence organization, as well as a Brittney Griner Advocacy Account set up directly by Griner’s wife and agent.

Daps was co-founded by Jake Klores, a former Columbia University point guard, and new media expert/basketball aficionado, Ryan Berger, founder of Berger Shop. Berger, who played college hoops at Ithaca, is also the founding partner of the influencer technology platform, HYPR, which was recently acquired by Julius and Triller.

“Daps is the evolution of fan engagement. Athletes will be able to make a fan’s day in just a few taps, elevating their brand in a way not currently possible,” said Berger, the father of three young hoops fans himself. “Being around sports my whole life, it’s clear today’s fans want direct access to once-in-a-lifetime experiences, and that includes young kids, college students, alums, moms and dads and everything in between.”

Klores, 24, who formed the concept and has been building it as part of the Columbia Startup Lab concurred, “Daps is built to meet the demands of the modern sports fan who want a deeper level of access to and more exciting interactions with their favorite athletes. Our platform makes it easy for them to access previously unattainable experiences, either for themselves or as a gift for someone else.”

Jonathan Kuminga, forward from the world champion Golden State Warriors said, “Daps allows me to interact with fans in a whole new way. When testing the app, I got to feel how easy it is to put a huge smile on a fan’s face and I can’t wait to keep doing more of that.”