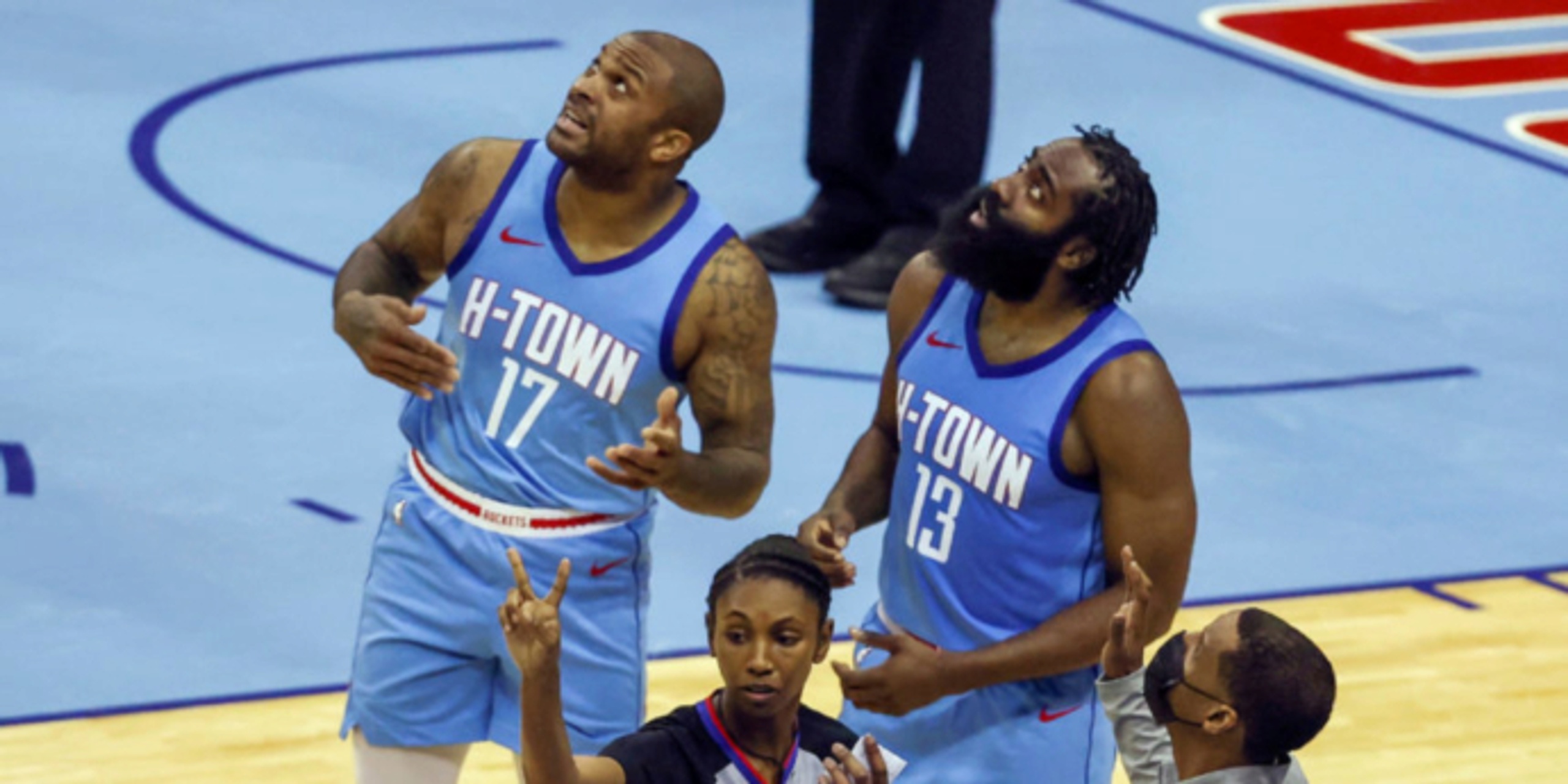 Pop-Pop Gets a Treat?

There is an Arrested Development still for everything. EVERYTHING.

Hey You! Grab a Jersey!

NBA needs to make this the logo for the rest of the season pic.twitter.com/TxQZQ9s7nQ

This photo has withstood the test of time, and has never been more accurate than right now.

Wow not a single guy on Houston looks their best in that shade a blue.

As the creator of the NBA Handsome Rankings (patent pending), I agree with this statement. It is sad to see Houston, the NBA’s most handsome team, go out this way.

this is like telling ppl not to use straws to stop climate change lol https://t.co/DEqx06gvo6

Or like billionaires taking private jets every other day but telling us regular peasant folk to stop wasting water.

The World is My Stage

You know those arguments you have with yourself in the shower? The ones you always win? This is that, magnified.

PJ Tuck you in at night. pic.twitter.com/LPams61mu1

Kyrie sitting in on this meeting like that got me crackin up 😹 pic.twitter.com/9ci83zowne

Okay, listen...I am not a conspiracy theorist, but I have a few thoughts. The Sex and the City reboot is coming, right? And for some ridiculous and unknown reason, it will be without Samantha Jones, the only character still relevant in 2021. What if Kyrie is spending his furlough with Cynthia Nixon in attempts to become the new Samantha?

Harry Potter and the Audacity of this Dude

I mean, this was a bad idea to begin with, but the replay will be burned into Sterling Brown’s retinas for years to come.

Tyler Herro had 34 points, 7 rebounds and 4 assists in a loss to the Philadelphia 76ers last night. Did Alex Kennedy pick him up in fantasy? Probably. I only know that I didn’t.

and i couldn’t help but wonder, is james still in on this team? or is harden... a hard-out? pic.twitter.com/3MmqShHNly

This is the second Sex and the City tweet, further confirming my above theory. What if Harden is the new Mr. Big? (I’m not a fan of either of them, so it makes sense)

Talking with @kendra__andrews about Jokic led me to looking up a stat.

The era of the point-center is here. The big man takeover has arrived. Positionless basketball is practically banging down our doors, and it rocks.