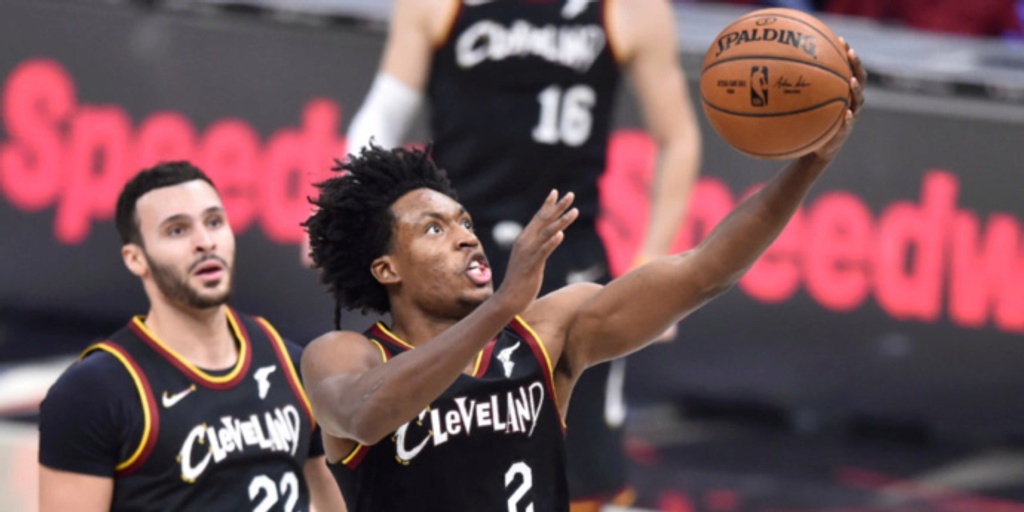 How strong is this Wi-Fi at the White House?

This is barely a basketball tweet, but it had to be included because of the immaculate level of sauce, and the fact that there are actual NBA players still trying to get their hands on these sneakers.

Collin Sexton, humble as always, would rather talk about how excited he was to have Jarrett Allen and Taurean Prince out there with him tonight and Darius Garland with him on Friday over his big night.

Cleveland has become First-Team All-Friendship, and it is beautiful.

S/o to Bernie for hanging tight through 2 OT’s #dedication pic.twitter.com/072HdazRUi

Does Bernie have a favorite NBA team? Did Andre make this meme himself?

Is this a new rivalry? Is this the 2020-2021 Jimmy Butler and TJ Warren feud all over again? Stay tuned.

Alexa, Play ‘Upgrade U’ by Beyonce

So the No. 2 jersey will be retired in Cleveland, just not for whom we expected.

We Did It, Joe

All of this for Collin Sexton. https://t.co/omcMvOYdDR

The Cavaliers are fun again. A nation is healing.

What Could Have Been

Joining in on the Bernie fun pic.twitter.com/SLWASYgNhY

This is exactly how the election went for Bernie Sanders, except in this instance, the shot didn’t fall.

Golden State of the Union

The land of the three, and the home of the BLOCKED BY JAMES!

Are Ya Winnin’, Son?

Crying in the club right now.