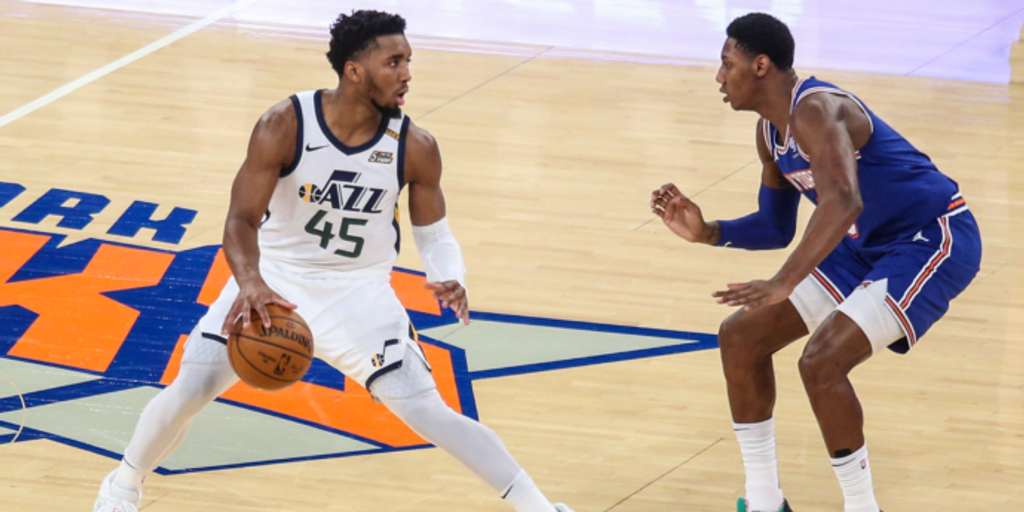 Why a Donovan Mitchell trade between Knicks and Jazz feels inevitable

When Quin Snyder walked out of the door with his resignation as head coach last month, it was the first of many dominoes to fall toward the Utah Jazz's intention to rebuild.

Since Snyder officially left his perch in Utah, foundational layers have begun to peel away from a consistent contender who never got over the hump in the Western Conference.

It all started minutes into the new league year beginning, first with veteran wing Royce O’Neale being traded to the Brooklyn Nets for a 2023 first-round pick. Then, less than 24 hours later, the Jazz dealt three-time NBA Defensive Player of the Year Rudy Gobert to the Minnesota Timberwolves. Utah received a historic haul of draft picks in return, with three unprotected and a 2029 first-round selection top-three protected.

With the team prioritizing future assets from Minnesota in a Gobert blockbuster over win-now pieces to potentially retool on the fly, the smoke around Donovan Mitchell’s looming departure is reaching new levels of formality.

According to The Athletic’s Shams Charania and Tony Jones, the Jazz are now openly listening to trade calls on Mitchell, and the New York Knicks are a top contender for his services. Although, ESPN's Adrian Wojnarowski added Monday that the Jazz "aren't in a rush" to move Mitchell.

But at this point, there’s no reason to believe Mitchell wants to stay put in Utah long-term, and Ainge has put this "teardown" formula to use before, particularly when he overhauled the Boston Celtics in the summer of 2013; instead of Paul Pierce and Kevin Garnett, Gobert and Mitchell have presented the Jazz the perfect opportunity to bottom out when it makes the most sense to do so.

As currently constructed, the Jazz are maybe the No. 8 seed in the West simply due to Mitchell’s presence. Already drastically different with Gobert’s departure, it never really made much sense to stay in the middle of the pack. Their championship window suddenly shut on them when Synder — the mastermind behind the the team’s rise — left the building for good.

Luckily for the Jazz, who appear more than ready to fully submerge themselves into the tank race, Mitchell’s hometown team in New York presents the right mixture of draft capital and intriguing young prospects to quickly make a deal where both sides could walk away happy.

The star-craved Knicks have been waiting for this moment. As soon as they traded out of the 2022 NBA Draft at No. 11 overall for future draft capital — which also helped clear space to sign new starting point guard Jalen Brunson — the franchise started to leave a trail of breadcrumbs. New York has the ammunition to strike, and Mitchell feels like the prize its front office has coveted all along.

With so many connections to Mitchell in New York, including the CAA agency ties with team president Leon Rose, the stars all align. No more false promises on delivering a star to the Big Apple; this time, it would be accomplished with emphasis by acquiring a top-20 player with consistent All-NBA upside. Mitchell’s score-first mindset was made for an environment like Madison Square Garden, and it wouldn’t come as any surprise if we found out that he's been pulling some strings to make this marriage happen as well.

Entering the second season of his five-year rookie max extension, Mitchell’s prime years as a 6-foot-1 guard who relies heavily on athleticism and explosion are within this current window. For the Knicks, their core — headlined by the rising RJ Barrett and veteran Julius Randle — is about ready to take a step forward. And after a season where reality hit hard that they weren’t as close as internally expected, a big splash might be the necessary antidote to reviving the New York’s hopes.

The bar has been set in Utah on what the Jazz want most in return for their building blocks: All of the future draft picks legally possible.

The Jazz found a team in Minnesota willing to cough up valuable future picks alongside multiple young prospects under years of team control (Jarred Vanderbilt, Leandro Bolmaro, Walker Kessler). Look for Ainge and Co. to want even more from the Knicks or any other team inquiring on Mitchell. Preparing for this chance to bring Mitchell home, New York has eight projected first-round picks over the next four years, which totals up to a whopping 12 selections through 2029. If the Jazz get what they want for Mitchell, that number could match or exceed the historic amount of assets that the Oklahoma City Thunder and New Orleans Pelicans stockpiled in their past superstar-blockbuster deals. 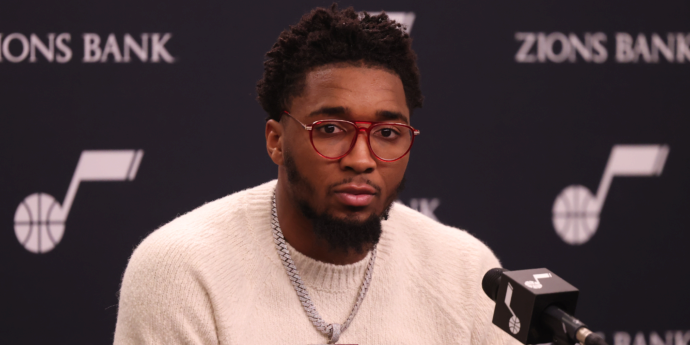 So, what would a deal even look like where a homecoming happens for Mitchell and the Knicks? In order to match salaries, they would need to send out around $25 million. New York can quickly get to that figure by including either or both of Evan Fournier and Derrick Rose, the latter of whom has a pseudo-expiring contract because of a team option. From there, the Knicks have a plethora of young talent to put together a viable package: Obi Toppin, Immanuel Quickley, Quentin Grimes, Miles McBride, Cam Reddish, Rokas Jokubaitis (2021 draft-and-stash). Picking two from that bunch feels fair on top of the draft-pick barrage.

This will likely turn into a stalemate until one side caves, but the Jazz and Knicks can craft together a win-win framework — it'll just have to be haggled over on the negotiation table beforehand.

In my opinion, a construct like this feels like it could be a realistic outcome where Mitchell suits up opening night for the Knicks in MSG.

In total, it would be an absolute haul for the Jazz centered around six first-round picks and multiple swaps, but one that still doesn’t really gut much of New York’s core of young talent. Under this scenario, Utah would own 18 first-round picks over the next six drafts, which is absolutely jaw-dropping.

Once the Jazz realized their title window shut on them before ever making a significant postseason push, the organization has been open to the idea of blowing it all up. Unable to overcome past failures, Utah is now about to enter foreign territory, bottoming completely out for years at a time. However, having Ainge running the rebuild should give those in Utah confidence that there's light at the end of the tunnel.

Ainge pulled off Jaylen Brown and Jayson Tatum in Boston, and now the Jazz need him to pull multiple rabbits out of his hat along the way.