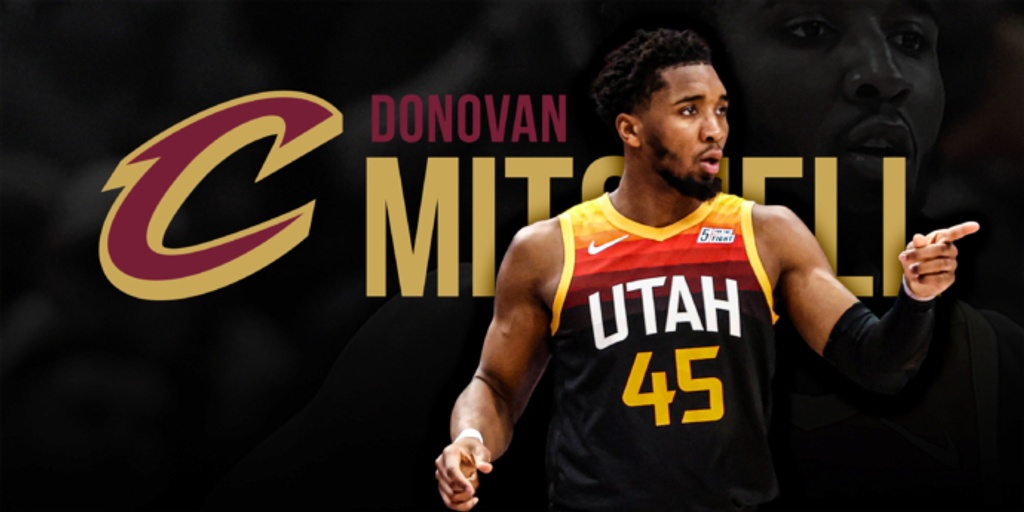 The Cleveland Cavaliers have acquired All-Star guard Donovan Mitchell from the Utah Jazz for Collin Sexton, Lauri Markkanen and Ochai Agbaji in a sign-and-trade, multiple sources confirmed to Basketball News. Sexton and the Jazz agreed to terms on a four-year, $72 million contract agreement, per Yahoo's Chris Haynes.

Sources told Basketball News that the deal "all came together in the last 24 hours." This is a swing-for-the-fences type of move by the Cavs, who clearly believe that they had to add another superstar to complement their up-and-coming star in Darius Garland, along with the team's promising two young bigs in Evan Mobley and Jarrett Allen. With a majority of the Eastern Conference improving with huge offseason moves — such as Dejounte Murray heading to the Atlanta Hawks and Malcolm Brogdon going to the Boston Celtics — Cleveland joined the party by bringing in a bona fide superstar in Mitchell.

Fit shouldn't be too much of an issue for "Spida," as he'll slide into the 2-guard role that Sexton occupied for the last two seasons (before getting hurt early last year). For a number of months now, the Cavs have discussed taking some of the playmaking burden off of Garland so he can get loose and work away from the ball. Mitchell's ability to create for others has improved year-by-year, and there's no worrying about him creating space to get his own shot off. We definitely know how well Garland and his new backcourt partner can score the ball, but watching them work in sync could be poetry in motion. And while delegating between the two might be shaky at first, once some cohesiveness is established, it'll be on.

If you're into simple counting numbers, Mitchell adds about 26 points per game to this roster that was missing. (Sexton's absence was very much felt last season.) Donovan's True Shooting percentage was the highest of his career to boot (57.2%), and he also contributed a career-high 27.7% assist rate.

Defensively, we know Mitchell had his flaws last season; however, the personnel Cleveland has in place with Mobley and Allen should take some of that pressure off of him. They are both rim-protecting (and switching, in Evan's case) monsters in their own unique way, which should cover for both smaller guards if they get beat, as we've seen in the past.

It will be interesting to see what Cavs head coach J.B. Bickerstaff does with his rotation, as Cleveland lost its starting small forward in this deal as well. Will he elect to try Mobley at the 3 and possibly go back to Kevin Love at the 4 to keep "big ball" going? Will there be a three-guard lineup between Garland, Mitchell and Caris LeVert? Does the team trust Isaac Okoro enough offensively to give him his starting spot back?

Those are likely the most prominent questions on everybody's minds with Cleveland.

As for the Jazz, they have slammed the reset button. It started with the Rudy Gobert trade to Minnesota, and ended by sending Mitchell packing to Cleveland. Now, they've got some intriguing young pieces to work with.

Kudos to Utah general manager Justin Zanik and executive Danny Ainge for bringing in two solid starters and a lottery-pick rookie in this move. Sexton is a straight-up dog as a scorer, an intense competitor and one of the best culture pieces the Jazz could bring in. He's improved as a three-point shooter, has become a better passer over the years and will never shy away from crunch time. While he must improve defensively, the desire and ball pressure are there.

Markkanen is a stretch 4 who can spread the floor, attack off the dribble in an unorthodox manner and is long enough to be disruptive on defense. His biggest issue to overcome is his inconsistency. Agbaji hasn't even stepped foot on the floor yet, but at Summer League in Las Vegas, he had a pair of games where he was lights out from distance and was well balanced with his shooting form.

We'll see how the new-look Jazz operate under head coach Will Hardy. Utah also recently brought in Talen Horton-Tucker and Stanley Johnson, while also trading for Jarred Vanderbilt and Malik Beasley. One thing is for sure, Zanik and Ainge retooled this roster in a big way, and with all of those guards and veterans, they're probably not done. It'll be intriguing to see how this team comes together at the end.

Even with Cleveland growing organically, step-by-step, the team obviously felt this was an opportunity it couldn't pass up. This front office is quite meticulous when it comes to the importance of chemistry and not messing with a good thing, and that showed last season by how fun this locker room truly was.

Cavs president Koby Altman and general manager Mike Gansey have shaken things up with a colossal blockbuster, and were successful in keeping their core three pieces together. For that, they should be commended. Mitchell and Sexton are similar in some aspects of their game and their stature; with that said, the former is further along into his career with plenty of memorable playoff moments and experiences, as well as three All-Star appearances.

On paper, Cleveland is boasting a deep, talented roster with some solid balance. Barring any health setbacks, the 26-year-old Mitchell should fit like a glove offensively. Yes, Garland's usage will take a bit of a hit; maybe that's a good thing. He was out of gas when the Play-In Tournament came around. Honestly, the whole team was.

But adding a talent like Mitchell to the fold means you can trust two incredible ball-handlers and stagger them, if need be, and let the chips fall where they may.

Mitchell is locked in for the next three years of his contract, with a player option in 2025-26. Garland just inked a rookie max extension. Allen is in it for the long haul. You'll have to imagine Evan Mobley will be in line to sign the dotted line. The Cavs are not messing around and have a loaded core going forward.