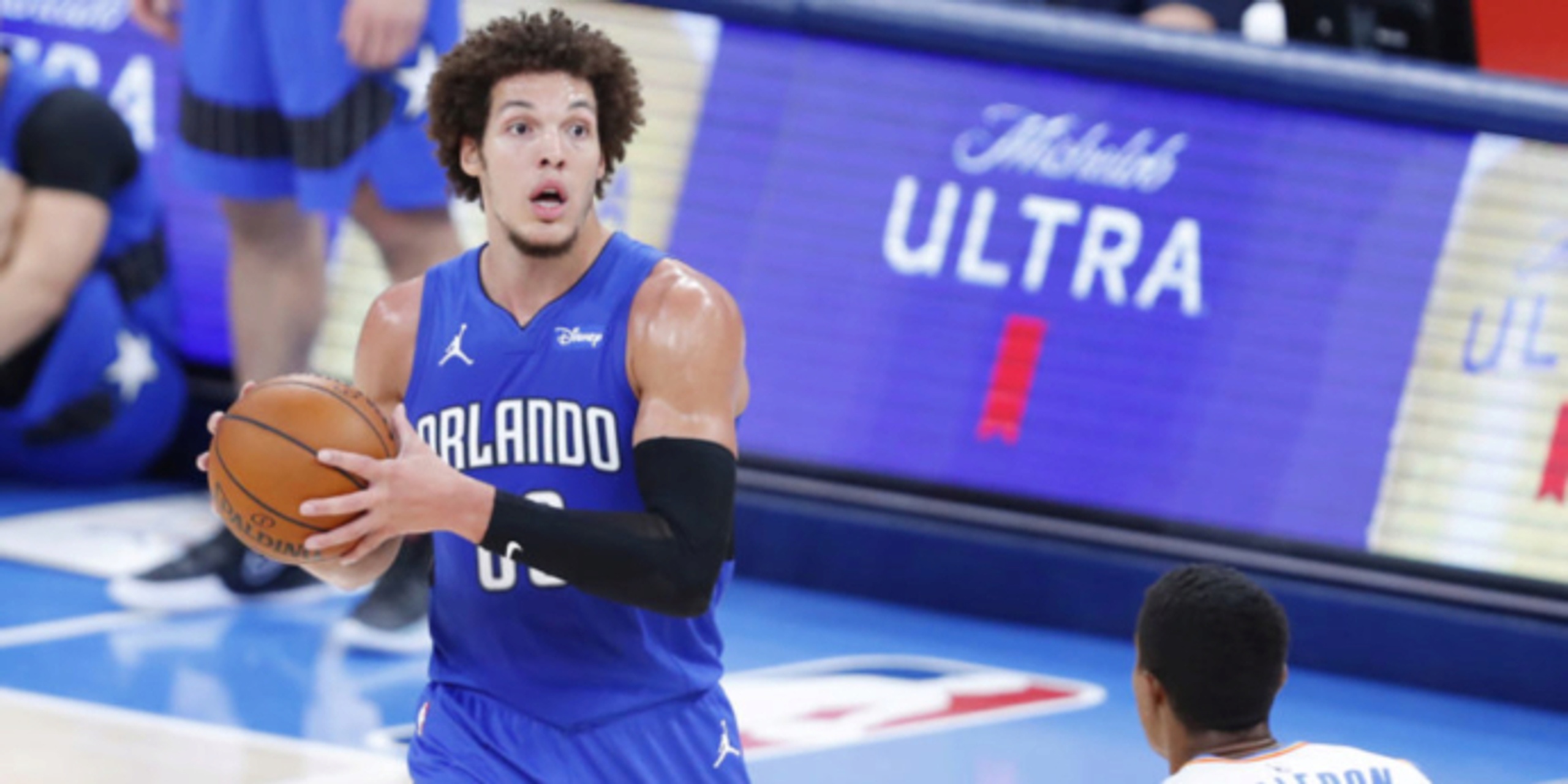 After six and a half seasons, and one five-game playoff berth in between, Orlando Magic forward Aaron Gordon has finally had enough of his environment. The Athletic’s Jared Weiss and Sam Amick reported that Gordon formally requested a trade on Monday. On Tuesday night, The Athletic’s Josh Robbins asked Gordon for his reasoning.

Gordon wants a winning situation, a big “duh” for anyone who has endured as many losses as he has. He reportedly also wants the marketability that comes with being in a better situation, which is also a fair desire for a 25-year-old high flyer.

The basic scouting report on Gordon is that he’s an athletic marvel on both ends of the floor. That, of course, undersells what he can do.

Very quietly, Gordon is one of the most versatile defenders in the sport, able to credibly defend 2-through-4.

Though he’s at his best using his strength to body power wings like Jimmy Butler, he also has the lateral chops to mirror a guard for a few slides:

Gordon possesses pretty wild recovery speed for a guy his size. Getting a step doesn’t always mean getting an advantage:

Because of his rare blend of strength, lateral quickness, leaping ability, and feel, Gordon can fit in just about any defensive scheme. He has the chops to switch a bunch of actions, and has the off-ball awareness to operate as a cleanup man on the weak side.

Offensively, we’ve never seen Gordon consistently optimized. There are passing chops hidden in plain sight, especially when flowing out of short-roll situations. This season, the Magic have given him career-high pick-and-roll usage.

It’s mostly been a disaster, ranking in the 18th percentile in overall pick-and-roll play, per Synergy. Dig a little deeper, and you’ll see he ranks in the 50th percentile in points per possession generated with passes. And that ranking is watered down by his screener converting a ghastly 44 percent of their shots.

Look at the film, and you’ll see Gordon attempting to manipulate help defenders and alternating speeds with his passes. Nobody would confuse him with Luka Doncic, but there’s generally a pass or two per game that make you go “hmmm.”

Double-hi set for the Magic here, and Gordon waits out the switch. PJ Washington stumbles and frees Nikola Vucevic in the process, but Gordon made that live-dribble feed look a lot easier than it was. The cross back to his right shifted Bismack Biyombo just enough to open the window for the Vucevic pass.

While the lead initiator reps are intriguing, Gordon remains at his best as a play-finisher. He’s becoming a better shooter, draining a career-high 39.3% of his triples. The same athleticism that nearly won him a pair of dunk contests is able to shine through when paired with a solid guard. The issue is that he hasn’t consistently been paired with one. Shift Gordon’s usage from initiator to play-finisher more often, and you’re bound to see his efficiency numbers skyrocket on a new team.

The Boston Celtics appear to be the frontrunners for Gordon at this juncture. They’re equipped with a massive Traded Player Exception, rookie-deal prospects that just won’t get meaningful reps for a team trying to compete now, and all of their first-rounders moving forward.

Gordon would certainly fit in Boston’s switch-a-ton style. The prospect of Gordon, Jayson Tatum, Jaylen Brown, and Marcus Smart -- if he isn’t included in the deal -- closing out games together would be a nightmare for opposing offenses. Teams have had success trapping Tatum, Brown, and even the good-but-recovering Kemba Walker in high-ball screens. It would be a lot harder to do that with Gordon operating as a short-roll playmaker.

Another team that has been linked to Gordon is the Denver Nuggets. Mike Singer of the Denver Post reported that there is interest in the versatile forward, and it’s easy to see why. While the Celtics opt to switch, the Nuggets show their centers high in pick-and-roll. That puts strain on the backline of the defense to rotate and rim protect. Gordon can do that.

Offensively, he’d almost never be tasked with initiating offense. Nikola Jokic controls the offense; Jamal Murray is a pull-up artist who can draw two to the ball when he gets going. All Gordon would have to do is fill open space, either as a screener or cutter, and he would be able to feast.

Like the Celtics, the Nuggets have young prospects (RJ Hampton, Zeke Nnaji, Bol Bol) who aren’t ready to contribute to playoff basketball. The Nuggets have control of all but one of their future first-round picks. Sending one of Will Barton or Gary Harris, a prospect and a first should be enough to at least get the conversation going.

How about the Portland Trail Blazers as a fit? They could use another versatile defender at forward, and Gordon’s playmaking would vibe well with the attention Damian Lillard and CJ McCollum warrant. The Blazers would have to be willing to move their 2023 first and likely another, but they do have middling salaries (Rodney Hood + Zach Collins gets you there) and young pieces (Anfernee Simons, Nassir Little) to cobble together something intriguing.

Ditto could be said for the Dallas Mavericks, though they’d have an easier time matching salaries than they would coming up with assets the Magic would want.

Their pick situation is murky in the short-term because of the Kristaps Porzingis trade. As far as rookie-scale prospects, would they be willing to part with two of the Jalen Brunson/Josh Green/Tyrell Terry trio? Would that even be enough for Orlando? Still, it’s fun to imagine what Gordon would look like playing off of the strengths of Doncic and Porzingis.