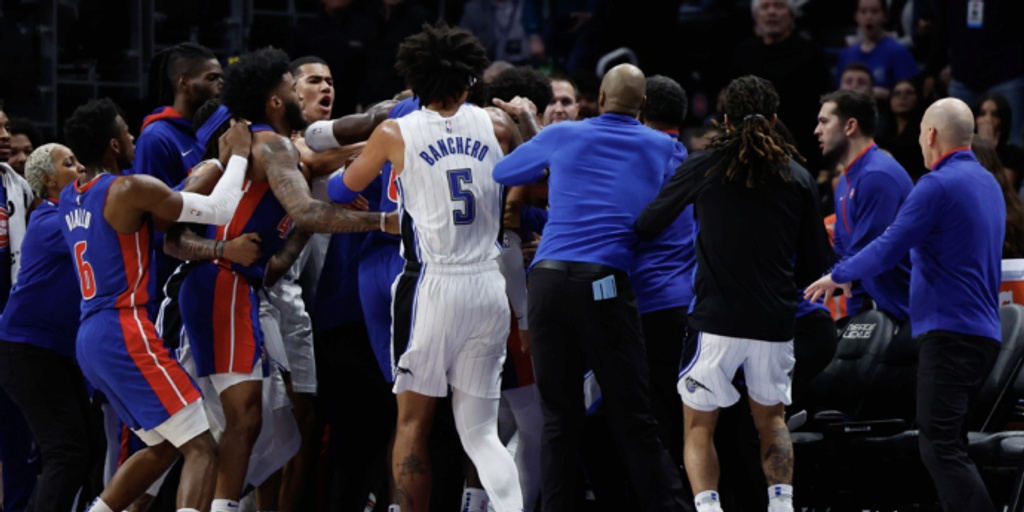 NBA suspends Hayes, Wagner and 9 others after Pistons-Magic scuffle

In addition, eight other Magic players – Franz Wagner, Wendell Carter Jr., Cole Anthony, R.J. Hampton, Mo Bamba, Gary Harris, Kevon Harris and Admiral Schofield – have each been suspended one game without pay for leaving the bench area during an the altercation.

The incident began when Wagner, who was assessed a Flagrant Foul 2 and ejected, committed an unsportsmanlike act when he pushed Hayes into the Detroit bench while both players were pursuing a loose ball. Diallo, who received a technical foul and was ejected, continued the altercation when he pushed Wagner from behind. Hayes then escalated the altercation when he punched Wagner in the back of the head. Hayes was given a technical foul and ejected.

Mo Wagner got a Flagrant-2 for this altercation and got ejected.

The incident occurred with 33.2 seconds remaining in the second quarter of the Pistons’ win over the Magic on Dec. 28 at Little Caesars Arena. Joe Dumars, the league's executive vice president and head of basketball operations, handed out the punishments.

The one-game suspensions issued to the eight Magic players for leaving the bench area during the altercation will be served on a staggered basis to ensure, per league rule, that Orlando has eight healthy players available to play in its next two games.

Anthony, Bamba, Carter, Jr., Hampton and Gary Harris will serve their suspensions Friday vs. the Wizards. Kevon Harris, Schofield and Franz Wagner will be suspended for Orlando’s following game on Jan. 4 against the Oklahoma City Thunder.