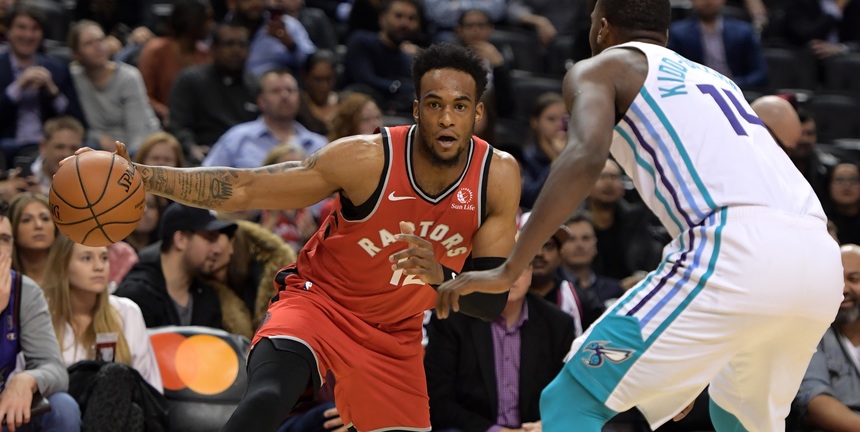 The Toronto Raptors have made the three necessary cuts to their roster prior to the December 20 deadline, waiving Alize Johnson, Henry Ellenson and Oshae Brissett, the team announced.

The news comes after BasketballNews.com reported that the Raptors had retained Paul Watson Jr. and converted his two-way deal into a regular NBA contract. This frees up a two-way spot for a player to spend time with both the Raptors and Raptors 905 this season.

Brissett, who was formerly signed to a two-way deal alongside Watson, was waived after becoming eligible for his $300,000 contract guarantee. The former Syracuse Orange small forward was a standout star during the shortened G League season, averaging 15.9 points and 7 rebounds per game. His departure from the NBA bubble for knee surgery saw him squeezed out of the end-of-bench rotation before ultimately being released.

Johnson’s release is the least surprising of the three, despite the 19.6-point, 13.3-rebound double-double he averaged during his two seasons with the Fort Wayne Mad Ants of the G League. Johnson has raw skills that could benefit any developing or rebuilding team, but unfortunately the Raptors did not have a use for the 24-year-old forward on the main roster this season.

The Raptors have been interested in Ellenson since the 2016 NBA draft, when he was selected No. 18 overall by the Detroit Pistons. After multiple assignments with the Pistons’ G League affiliate, the Grand Rapids Drive, Ellenson joined the New York Knicks for the 2019 Summer League before signing a two-way contract with the Brooklyn Nets. On January 21, 2020, the Raptors 905 acquired Ellenson in a sign-and-trade deal that sent Justin Anderson to the Long Island Nets. This gave the 905 an opportunity to take a closer look at a player they had been eyeing, while Anderson returned to Brooklyn after a 10-day contract, this time signing for the remainder of the season and appearing in the NBA bubble. But after signing Alex Len, Aron Baynes and Chris Boucher, the Raptors no longer needed Ellenson to fill the center position.

Both Alize Johnson and Henry Ellenson are eligible to play for the Raptors 905. Toronto holds Ellenson’s G League rights, and Johnson is now an unrestricted free agent. League rules put in place to prevent teams from paying, releasing and re-signing players do not allow Brissett to return to the Raptors 905 or to Toronto on a two-way contract.