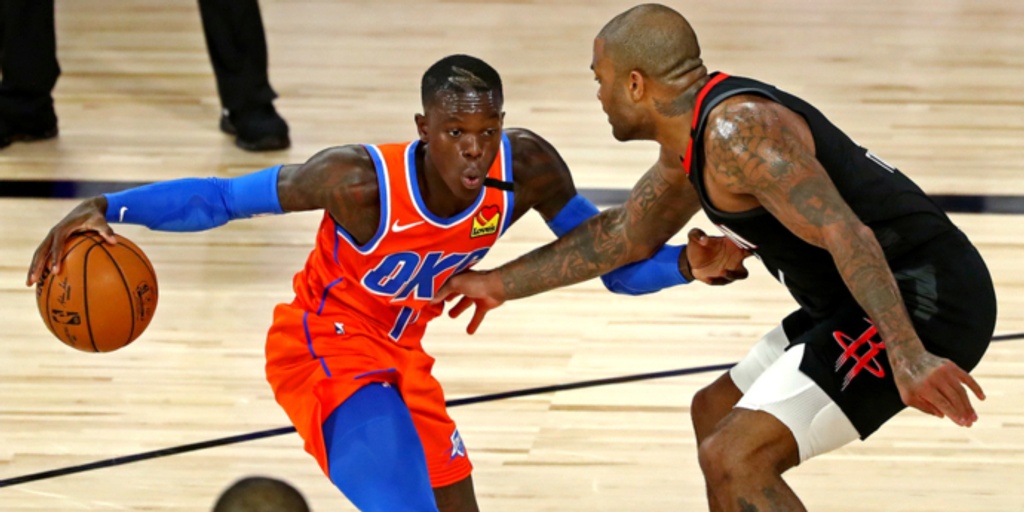 The Los Angeles Lakers are engaged in trade discussions to acquire Oklahoma City Thunder point guard Dennis Schroder. The Lakers would include Danny Green and their no. 28 pick in the NBA Draft in the trade. According to Adrian Wojnarowski, the deal is on track to be finalized by Monday.

ANALYSIS: The Lakers can address a backcourt need while adding a scoring spark in Schroder. The 26-year-old averaged 19 points and four assists per game in 2019-20 while posting his best shooting splits of his career (46% FG, 38.5% 3PT). The Thunder would be acquiring a knockdown shooter and veteran in Green, along with another first round pick to add to the franchise's massive draft chest.