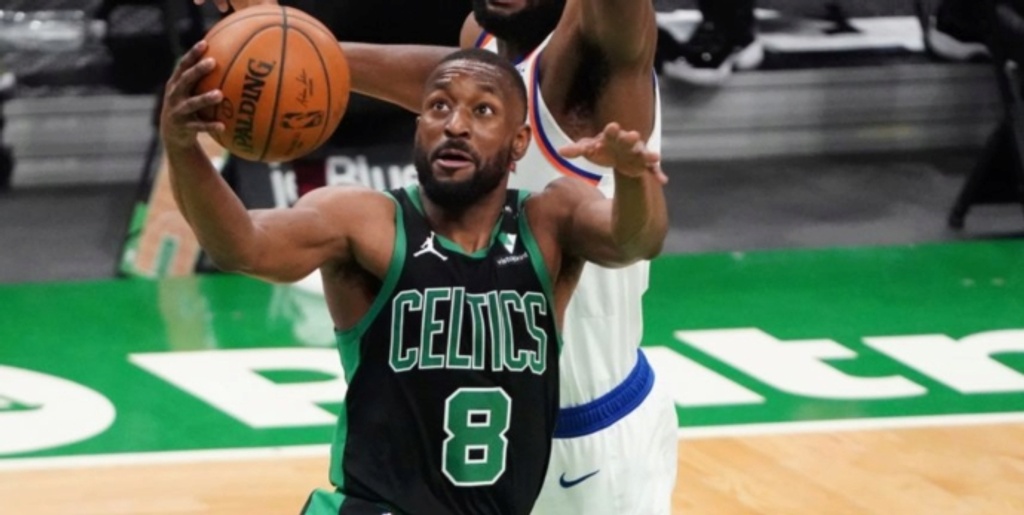 Kemba Walker struggles in debut as Knicks blow out Celtics

Kemba Walker made his 2020-21 season debut on Sunday afternoon, suiting up in the Boston Celtics' 105-75 loss to the New York Knicks. Walker finished with 9 points, 4 assists, 3 rebounds, 3 steals and 5 turnovers (while shooting 3-13 from the field and 1-8 from three-point range).

Celtics head coach Brad Stevens said that they'll ease Walker back, playing him around 20 minutes per game and then gradually increasing his playing time.

Walker had been out after receiving a stem cell injection in his left knee.

After the game, Walker said that he's pain-free and isn't thinking about his knee at all. When he was playing in the bubble during the NBA restart, he said his knee was "all I could think about."

During Sunday's game, Walker actually suffered a rib injury after colliding with Nerlens Noel in the third quarter. While returned to the bench, he didn't check back into the game (but this could've been due to his minutes restriction).

It will take some time for the 30-year-old to shake off the rust and get back into a rhythm. Last season, Walker averaged 20.4 points, 4.8 assists, 3.9 rebounds, 3.2 threes and .9 steals while shooting 42.5 percent from the field, 38.1 percent from three-point range and 86.4 percent from the free-throw line.