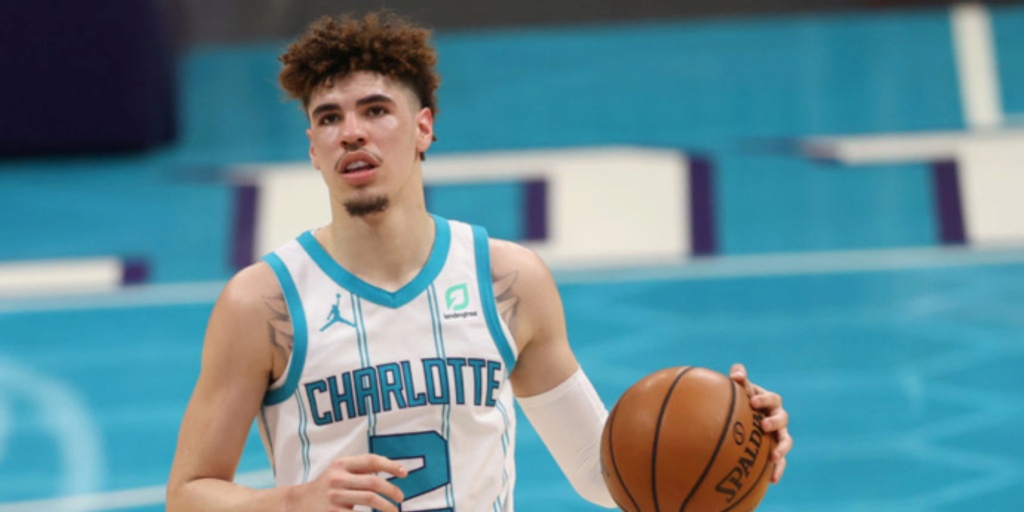 NBA Rookie of the Year odds: Is LaMelo Ball a slam dunk?

The NBA Rookie of the Year race has been a winding road this season.

LaMelo Ball was the runaway choice for the award before he fractured his wrist on March 21, creating an opportunity for No. 1 pick Anthony Edwards and Sacramento Kings guard Tyrese Haliburton to take the award.

However, Ball is back and just helped the Charlotte Hornets qualify for the play-in tournament. Meanwhile, his two competitors will be at home watching.

Ball has moved back to being the overwhelming favorite for the award upon his return. But is he a slam dunk to win Rookie of the Year?

If Ball had been unable to return to the court after that wrist injury, the prevailing sentiment remained that he would be a contender for the award, and maybe even win it. But once it was announced Ball would be back, his odds moved from +210 to -330, so value on him is long gone.

Bottom line: Ball is going to take home the hardware. He’s averaging nearly 16 points and nabbing 6.0 rebounds to go with 6.2 assists per game. The No. 3 pick in the 2020 Draft has been mature beyond his years, anchoring a Hornets offense that is 2.2 points per 100 possessions better when he is on the floor, per Cleaning the Glass.

While team success is not as paramount for this award compared to Most Valuable Player, it helps that Charlotte will be at the very least in the play-in game this season.

Ball was key to a Hornets team that has surprised many with their competitive play this season. Ball and the Hornets have been surprising NBA bettors throughout this season, and you may even be shocked to learn the Hornets are one of the best teams to bet against the spread in the league.

This offseason, the Hornets made moves that not only helped them in the standings, but have helped Ball get the opportunity to win Rookie of the Year. The fact that Ball will end up playing more than 60% of the team’s games is enough to outlast the other two top candidates, who haven’t done quite enough to take advantage of Ball missing time. 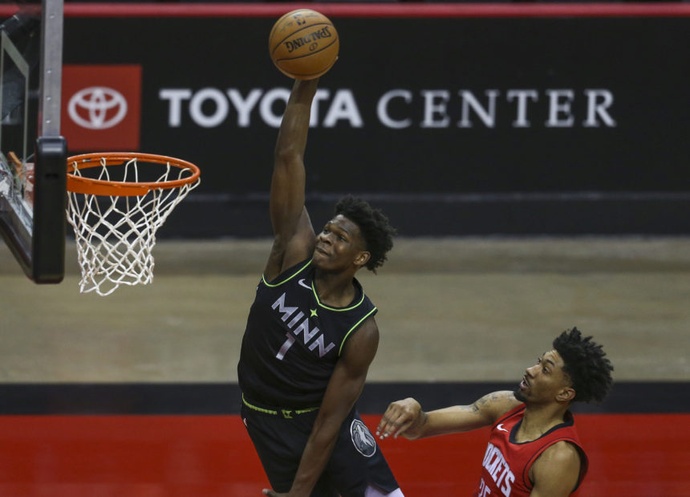 Edwards was the betting favorite to win ROY before it was announced that Ball would return. He was -125 at the time, but has moved back to +260.

In 34 games since the All-Star break, Edwards is averaging 23.6 points, 5.5 rebounds, and 3.3 assists, yet the Timbervwolves are tied for the fourth-worst record in the league. He has put together a few highlights over the course of the season, but he’s on a team that has been irrelevant to the public in 2020-2021.

Even though his scoring numbers are up over the past several weeks, the Georgia product is shooting 41.6% from the field, 32.9% from the three-point line, and 76.6% from the free throw line. Edwards hasn’t done enough to positively impact the Wolves like Ball has for the Hornets.

Considering Ball was initially thought to be out for the season with the wrist injury, and Edwards was only a slight favorite to win the award when LaMelo was sidelined, the return of the Charlotte's guard most likely ended the 19-year-old's chances.

Prior to a left knee injury that ended his season on May 4 -- one that didn't result in ligament damage and thankfully didn't require surgery -- Haliburton made a strong impression in his first season with the Kings, but uneven minutes compared to the other two contenders puts him at a distant third in the Rookie-of-the-Year race.

Tyrese Haliburton came up CLUTCH vs. Denver with a career-high 23 PTS ðŸ”¥ pic.twitter.com/Nm8KHcllNY

The Iowa State product is a solid defender and a knockdown shooter despite an unorthodox release, but it won’t be enough to make a run at Ball for the award.

Before the return of Ball was announced, the Hornets' guard and Haliburton each sat at +210 to win the award. There was an opening for Haliburton to make a run, if the Kings had made a push for the play-in game with Haliburton’s contributions.

But it didn’t happen. The Kings were unable to sustain a high level of play all season long, and were officially eliminated from the postseason play-in tournament with a loss to the Memphis Grizzlies on Thursday night.

Haliburton is a strong prospect, but it won’t be enough to win ROY.

If you like to bet on the NBA but futures aren’t for you, make sure you check out BetQL’s NBA best bets for tonight, where you can find their model’s picks for every single game and every single bet type on tonight’s slate. Tail BetQL’s picks and start building a bankroll for the playoffs.