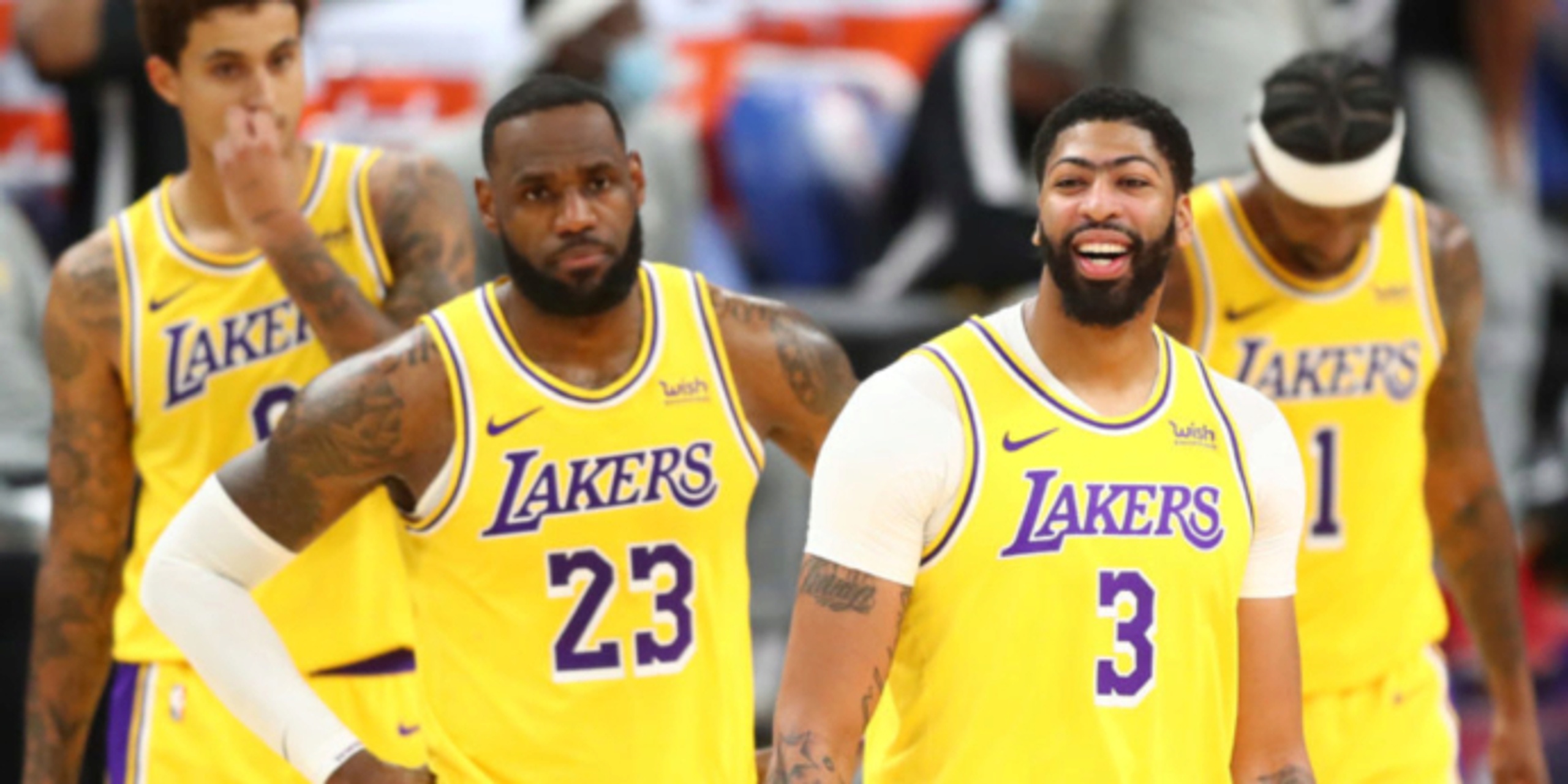 Five things to watch for on NBA Opening Night

All of the attention will be paid to Kevin Durant and Kyrie Irving playing their first regular-season game together tonight in Brooklyn, as the 2020-21 season opens with the Nets playing host to the Golden State Warriors.

Aside from a couple preseason appearances that were televised regionally, this will be the first chance the basketball world at large has to see this superstar pairing together on the East’s new superteam (apologies to Jimmy Butler and the Miami Heat, who everyone outside of Florida seems to have forgotten made it to the NBA Finals in the bubble.)

But there are other things to watch for during tonight’s TNT doubleheader, which begins at 7 p.m. EST with the Nets-Warriors game and then moves on to the locked down city of Los Angeles for the latest installment of Clippers-Lakers.

What does James Wiseman look like? The last time the Golden State rookie played in an actual basketball game was Nov. 12, 2019, when the Memphis Tigers lost to the Oregon Ducks at home. Wiseman had 14 points and 12 rebounds. From there, thanks to an ineligibility decision by the NCAA, his college career came to an abrupt end, and Wiseman would then devote all of his time to preparing for the NBA draft. Steve Kerr has kept him sidelined throughout the preseason, but tonight he may line up against Jarrett Allen for the opening tip. "James is going to be our starting center before too long,” Kerr said to The Athletic. “It might happen Tuesday. But clearly, he is our long-term starting center. When we feel he’s ready for that, we’ll put him out there.” Wiseman scrimmaged with the starters twice Saturday. “His conditioning looked really good,” Kerr said. “I was very impressed given that he’d only had the one 12-minute scrimmage. He went two full quarters. He played with the starters just so I could get a look at him with Steph [Curry] and Andrew [Wiggins] and Kelly [Oubre Jr.], and he had a really good day. He just looked like he picked up a lot of things in the last few days and is progressing nicely.”

Will Draymond Green defend former teammate Durant? That looks unlikely. Green injured his foot over at practice over the weekend, and Kerr said:  “He’s doubtful for Tuesday. But it’s not a long-term thing. We feel very confident that even if he doesn’t play on Tuesday or Christmas (against the Bucks), he’ll be on the trip and we think he’ll be available quickly.” Here’s hoping that TNT figures out a way to get a live microphone on Green from the sidelines so we can at least hear what he’s saying if he starts yapping at KD. Green was a TNT commentator during the bubble games, so he owes the Turner folks a favor.

Will James Harden be traded during the doubleheader? All has been relatively quiet on the Harden trade talk front, aside from Philadelphia publicly shooting down rumors that Ben Simmons had been offered, and word leaking out of Miami that the Heat had pulled out of the discussions after doing their due diligence. Commissioner Adam Silver weighed in on the topic Monday in a conference call with reporters: “In terms of James Harden, I don’t believe he made a public trade demand. I know that a lot has been written about his situation, and I believe the last thing he said publicly is that he’s focused on the game and being in Houston at the moment. I guess in a general way, though, because I recognize those reports didn’t come out of thin air, that to the extent that a player is unhappy with his team or a team is unhappy with a player, it’s always the league’s strong view that those matters get handled behind closed doors. I mean, we recognize that it’s part of the dynamic of any relationship, and employer-employee relationship, that occasionally things go sideways, and especially when there are changes around a franchise. But again, the expectation is that everyone is professional and that team personnel have an opportunity to speak directly to each other, including having in some cases difficult conversations with each other. But those conversations, those disputes be handled privately. James is a great player in this league. But he’s also a player under contract, and there’s responsibilities that come with agreeing to a long-term contract. He’s very well aware of that. Again, I’m hoping that things settle down as we go into the season and that he has another great year.”

Will we see a dropoff in LeBron James’ assists? The 35-year old (he turns 36 on Dec. 30) led the NBA in assists last season, but Dennis Schroder was the starter at point guard in his two preseason appearances, and we have not seen a large enough body of evidence to determine whether Schroder will have the bulk of the ball-handling duties when the two are on the court together. James played sparingly in the preseason, accumulating eight turnovers in his final game against the Suns, so do not be stunned if he appears a little rusty. The same cannot be said of Anthony Davis, who went off for 35 points against the Suns in his final preseason game and is one of the leading candidates -- ahead of James at many sportsbooks -- to be the next MVP (although Luka Doncic of Dallas is the favorite).

Have we seen the end of load management with the Clippers? Back when they were blowing a 3-1 lead against the Denver Nuggets in the playoffs and frittering away double-digit leads in Games 5, 6 and 7, the Clippers looked lost and had almost no chemistry – a byproduct of using 33 different starting lineups over the course of the season. Doc Rivers has moved on to Philadelphia and Ty Lue is the new man in charge, but Kawhi Leonard played just 22 minutes and George played just 26 in the Clippers’ final preseason game, a 22-point loss to Utah as they finished the preseason 0-3 (as did the Bucks, Pacers and Spurs. Only the Suns were worse, going 0-4). Lue will use the triangle offense in a few sets this season at Leonard’s behest, but we are not going to see Kawhi’s team at full strength tonight. Marcus Morris (injured right knee) has been out all preseason, and Nicolas Batum is expected to start in his place.