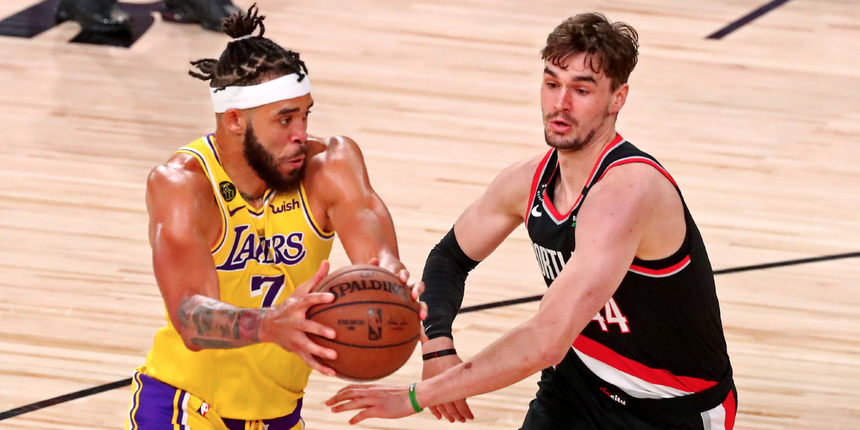 Having played JaVale McGee and Dwight Howard sparingly in the second round of the NBA playoffs against the small-ball-centric Houston Rockets, Los Angeles Lakers coach Frank Vogel acknowledged he'll need to bring his bigs back into the fold against Nikola Jokic and the Denver Nuggets in the Western Conference finals.

ANALYSIS: After going small against the Rockets to close out the series, Lakers head coach Frank Vogel says he will return to his normal big man rotation vs. Denver. This affected JaVale McGee and Dwight Howard the most, as they saw their minutes decrease significantly vs. the small ball Rockets.

With Jokic leading Denver in the middle, the Lakers will need to rely on their big men more than ever in the upcoming series vs. the Nuggets.