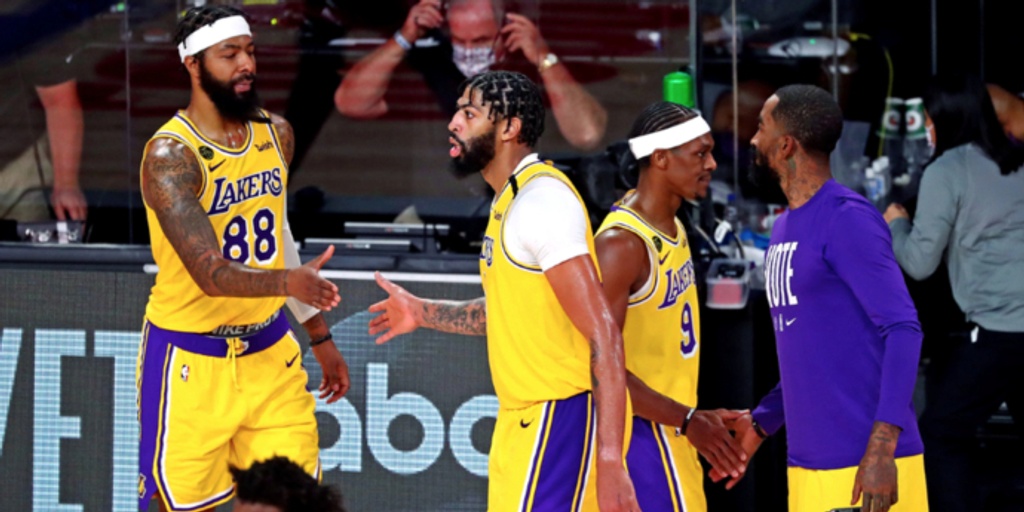 The Lakers took a 3-1 series lead in the NBA Finals on Tuesday with a 102-96 win over the Miami Heat in Game 4 of the NBA Finals.

The Lakers can capture their first NBA title in decade Friday with a win in Game 5.

ANALYSIS: The Lakers took control late in Game 4 as Anthony Davis hit a three at the top of the key to seal the game with under a minute left. Los Angeles had a shaky first half, but came out much more aggressive in the second. Miami, however, welcomed back starting center Bam Adebayo, who put up 15 points and 7 rebounds as he continues to fight through a neck strain. Adebayo's return was not enough for the Heat as Miami had a hard time scoring the ball down the stretch.

Los Angeles can wrap things up on Friday in Game 5.