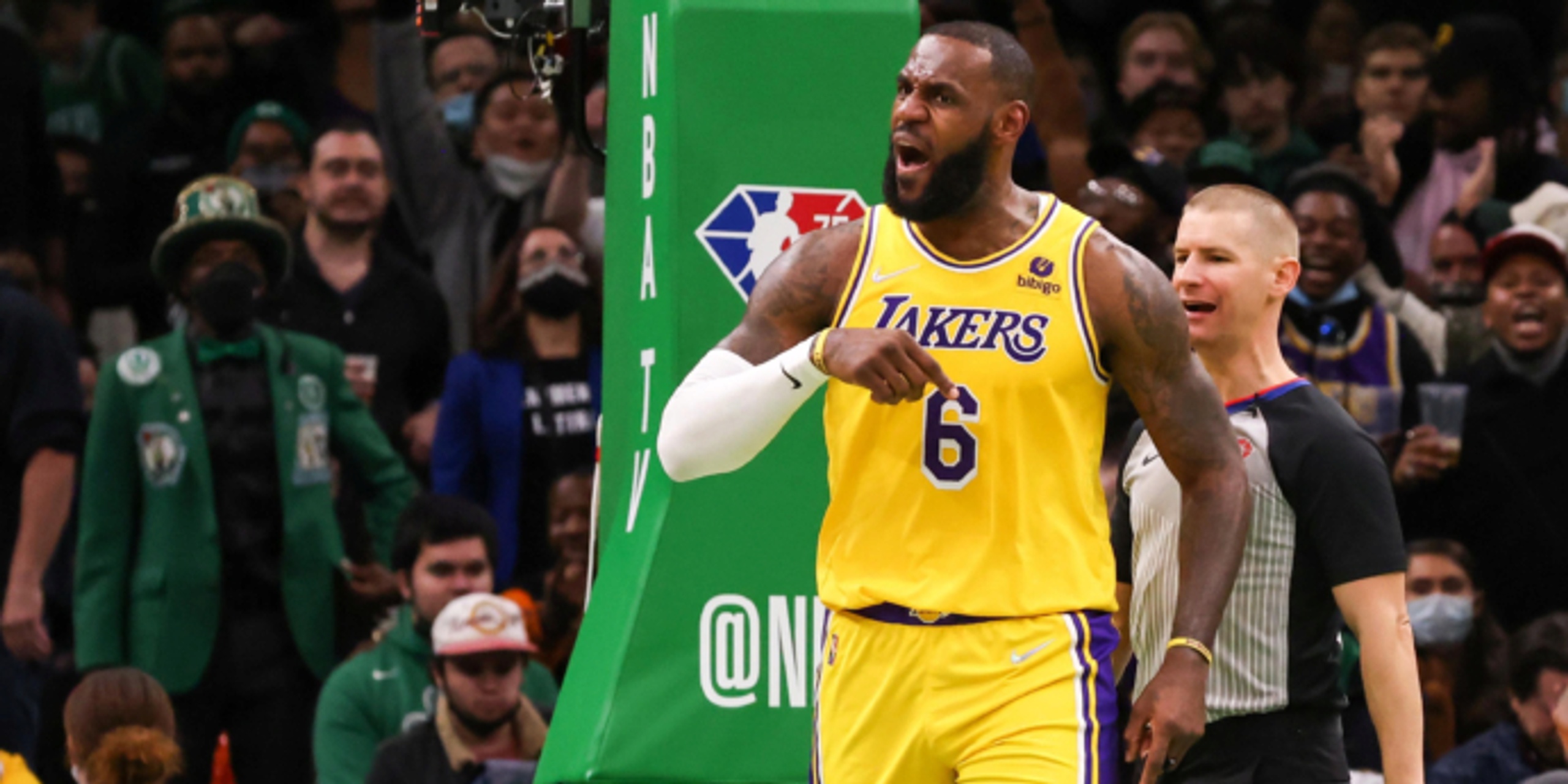 LeBron James has once again caused a stir throughout the sports world.

No, I’m not talking about his 42-point performance at The Drew League, or the rumors of him being in favor of a reunion with Kyrie Irving with the Los Angeles Lakers. Instead, I'm referencing the apparent outrage he caused for the city of Boston and its sports fan base

During the most recent episode of UNINTERRUPTED’s The Shop, LeBron was asked, “Why do you hate Boston?” He responded, “Because they’re racist as f**k."

Upon hearing news of LeBron’s statement, many people didn’t exactly consider this “breaking news," as Boston has historically had a rich history of being exactly what LeBron described. However, there were a large amount of Boston fans who took to social media to take exception to LeBron’s generalization of the entire city. But was he wrong?

You don’t have to get Dr. Emmett Brown to fire up his DeLorean time machine with the 1.21 gigawatts to revisit the 1960s, as Bill Russell has long described his racist encounters with Boston fans. And over time, plenty of professional athletes from every sport have made their racist encounters in Boston publicly known.

Let's look at some of those examples.

In his rookie season with the Celtics, Dee Brown was physically snatched out of his car and ordered to lay on the ground with a gun pointed at him by Boston police while driving in a white neighborhood. The police later claimed that he “resembled a suspect."

This falls right in line with recent data collected from the Boston Police Department in June 2020. It unveiled that "70% of people stopped by Boston police officers through the department’s 'Field Interrogation and Observation' program throughout were Black — even though Black residents comprise less than one quarter of the city’s population."

In May 2014, Montreal Canadiens defenceman P.K. Subban of the National Hockey League was vocal about racist tweets and comments from Boston fans on social media after his double-overtime game-winning goal in a playoff win over the Bruins. This wasn’t a case of fans simply being upset that their team lost; these were racial epithets being specifically targeted against a Black player.

Over in Major League Baseball, Baltimore Orioles outfielder Adam Jones told reporters in May 2017 that Boston fans hurled racial epithets at him for an entire game.

“A disrespectful fan threw a bag of peanuts at me,” Jones said via USA Today’s Bob Nightengale. “I was called the N-word a handful of times tonight. It’s unfortunate that people need to resort to those type of epithets to degrade another human being. I’m trying to make a living for myself and for my family.”

Former Celtic and current Brooklyn Nets point guard Kyrie Irving has been vocal about various encounters he has had with the fans of Boston. Irving didn’t give any specific examples to reporters, but rather imported fans at TD Gardens to keep it “strictly basketball."

Further, Celtics guard Marcus Smart seemingly supported Irving’s comments. Back in October 2020, he penned an article for The Players' Tribune, detailing an encounter with a white woman in Boston.

Smart wrote about a time he attempted to be a good Samaritan and told a white woman, who was actually wearing a Celtics jersey, to be careful walking in the street as she was in the direct line of oncoming traffic. Instead of thanking him, the woman turned around and hurled a racial epithet directly at Smart.

“I’ve heard a couple of them,” Smart said in the middle of the Celtics-Nets playoff series in May 2021. “It’s kind of sad and sickening because even though it’s an opposing team, we have guys on your home team that you’re saying these racial slurs and you’re expecting us to go out there and play for you.”

I interviewed Celtics legend Bill Russell for my book, "We Matter: Athletes And Activism," to try to answer that question, and this is what he told me:

"Well, one thing you have to always remember is that the majority of the country are decent folks. The majority of white people are decent folks. And I was always very careful not to stereotype people based on the actions of a few, or a little more than a few, as was the case in Boston," Russell said. "... A lot of the stuff that went on, I knew they were individual acts and not a reflection of everybody in Boston. I see many people today who who really believe that Black folks are responsible for all of the actions of other Black folks, and that’s just ridiculous. And it’s just as crazy for me to think that all white people were responsible for the ones that treated me and my family so poorly, broke into my house and destroyed my property for no reason at all...

Powerful words by a giant in NBA history and one of the great athlete-activists the game has ever seen.

Celtics guard Jaylen Brown has addressed Irving’s comments as well, but also brought light to the fact that racism extends far beyond the borders of athletics in Boston. During Brown’s media availability prior to Game 3 against Brooklyn in May 2021, he spoke about systemic racism in the city of Boston and, to Russell’s point, that every Boston fan isn’t racist.

“I don’t think we should have to put up with that, and I don’t think that’s okay," Brown said. "I think that racism should be addressed, and systemic racism should be addressed in the city of Boston and also the United States... The constructs of racism in our school system, inequality in education, lack of opportunity, lack of affordable housing, lack of affordable health care, tokenism — the list goes on.

“I know that every Celtics fan in our arena is not a racist. We have people of all walks of life, ethnicities, colors, that are die-hard Celtics fans. So I think painting every Celtics fan as a racist would be unfair. However, Boston, we’ve got a lot of work to do, no question.”

So, in conclusion, yes, Boston has a very long history — past and present — when it comes to racism, but it’s not everybody.

Hopefully, the non-racist white people of Boston will be inspired to prove LeBron wrong, displaying the moral courage and feeling obligated to no longer remain silent in the face of being surrounded by prevalent racism (both systemically and on a personal level, such as Boston fans yelling racial epithets at players).

Hopefully, the non-racist white people of Boston will become agents of change, equality, justice and unity.

As Angela Davis said, “In a racist society, it’s not enough to be non-racist, we must be anti-racist.”