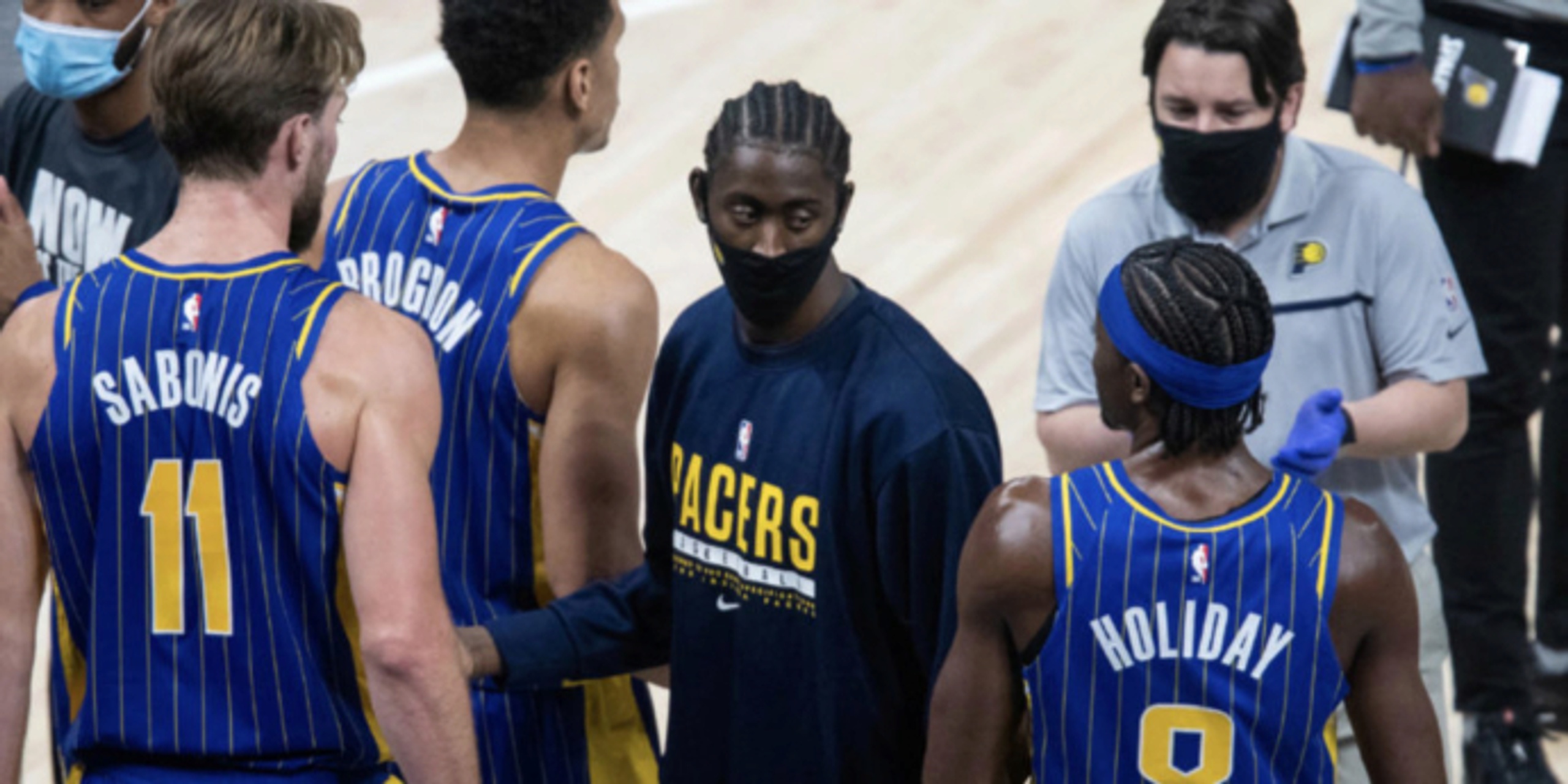 Caris LeVert, who was part of the trade that sent James Harden to Brooklyn, has yet to make his debut for the Indiana Pacers after a post-trade physical revealed a small mass on his kidney. LeVert underwent successful surgery to remove the mass on his kidney a couple weeks ago and has now reportedly re-joined the team.

Though LeVert is still unable to participate in basketball activities, he was present this morning as the Pacers took the practice court following a one-point loss to the Pelicans last night. Teammates were encouraged to see LeVert back in the building as Myles Turner, the league's leader in blocks per game (3.7), said:

“I think it’s been great having him around. It can be pretty boring just being at the house by yourself, especially depressing under the circumstance he’s been going through. He doesn’t let any of that show. Once he’s here, he’s got a smile on his face. I feel like he loves being around us. He barely knows us, but he has a good spirit to him."

LeVert remains out indefinitely and getting out and walking is all he’s supposed to do for the first two weeks. He could potentially re-join the team's practices in a couple weeks as he starts to increase his activity level.