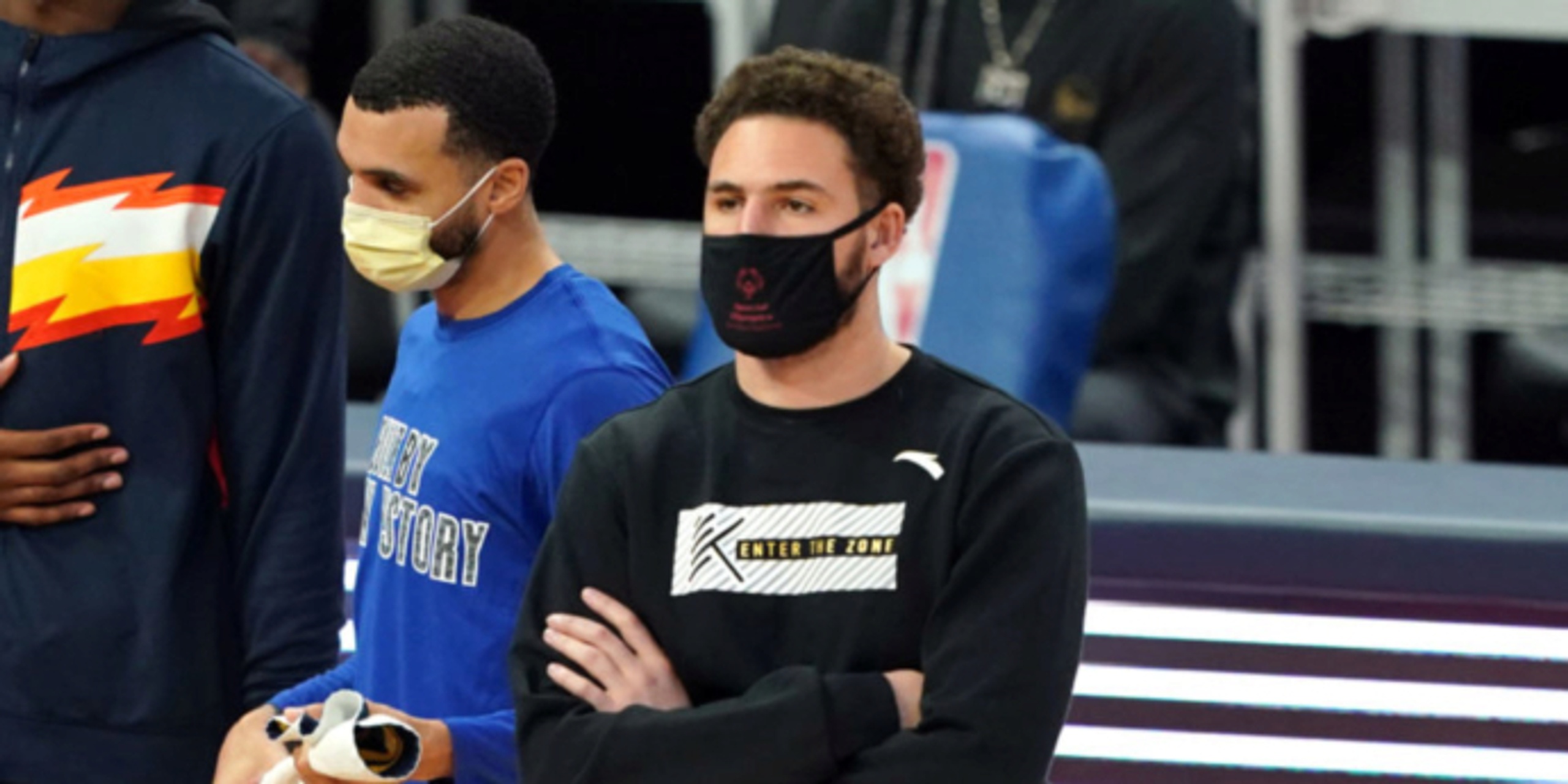 Klay Thompson finding new ways to move through another rehab

Klay Thompson has taken up swimming in chilly San Francisco Bay to mix things up as he endures yet another year-long rehab for his right Achilles tendon immediately after working back from a torn ACL in his left knee.

“It was life changing!” he declared, “It was amazing. I was like, ‘I need to do this more often.’”

“I'm going to incorporate that into my routine now,” Thompson added. “Tim Duncan swam his whole career and he played for 21 years. These last few years have allowed me to look at things and re-evaluate how I train and how I diet, that's for sure. As I'm getting older I've got to do all the little things.”

Thompson has ditched the walking boot and is driving again post-surgery. He can lift weights and ride the stationary bike.

And for his cerebral side, the Golden State star is finding some non-physical activities to become more well-rounded during the grind of this recovery process.

“Read books, play chess and watch a lot of movies,” he said, smiling while speaking candidly before watching the Warriors host Utah. “Before I got hurt I realized all my hobbies revolved around me being athletic. These last two years have taught me I need to get some more hobbies that bring out the creative side of me because the human body can turn on you, unfortunately. I love to play golf, I love to go biking, I love to go hiking, and I'm without that right now. I've got to do other things and be patient with myself.”

Thompson didn’t play at all during the coronavirus-shortened season as he worked back from surgery in July 2019 for a torn ACL in his left knee. He suffered that injury in the deciding Game 6 of the 2019 NBA Finals against the Toronto Raptors.

Then in November he injured the Achilles playing in a pickup game in Southern California — “just happened on a two-dribble pull up jump shot, a move I do 100 times a day.”

“It was very painful. It feels like someone kicks you in the back of your heel as hard as they could,” he recalled, noting how hard it is to even think about.

"It's way harder than any basketball game I've ever had to play," Thompson said, speaking formally to reporters for the first time since his latest injury. “Way harder than any conditioning drill or practice. The mental toll is not very fun, you always guess if you're going to be the same player you once were so you have those naturally thoughts, but you can't let those overtake you and you've got to realize this is not unique just to me so many athletes have been through this.”

The 31-year-old Thompson isn't making any promises, but his hope is to be in uniform and ready for opening night next season.

“Absolutely,” he said. “It could be a few weeks after, maybe a month after, but it's definitely going to be geared toward the very beginning of the season.”

He is counting on rediscovering his form and playing for years to come:

“With my style of play I feel like I can be effective ‘til my late 30s,” he said. “I'm not going to feel sorry for myself right now I’m just going to keep buckling down and trying to get back to doing what I love to do. ... It's been a weird two years for me. I genuinely love the game so much, it's been hard to find a lot of happiness without it, but it's going to come back and it's just going to make me appreciate what I do that much more.”

Thompson acknowledged the loneliness he felt during the pandemic and feeling so far from everything normal. He had gym access in Orange County and a support system yet still felt it.

Now, he is around the team and traveling on trips — that has been a big help.

“It was just lonely. I think everybody was going through it. You took for granted your daily routines, whether it was getting breakfast in the morning or going to a movie at night," he said. “I mean, 2020 was just such a year of reckoning, not only for the pandemic but for the social justice. We lost so many innocent people to violence. It was awful, Kobe going out and Gigi (Bryant), and on top of that in the fall I tear my Achilles. It was just probably the worst year of my life, guys. I lost my grandmother. It feels good to be back here. I feel love when I’m back in the Warriors facility.”