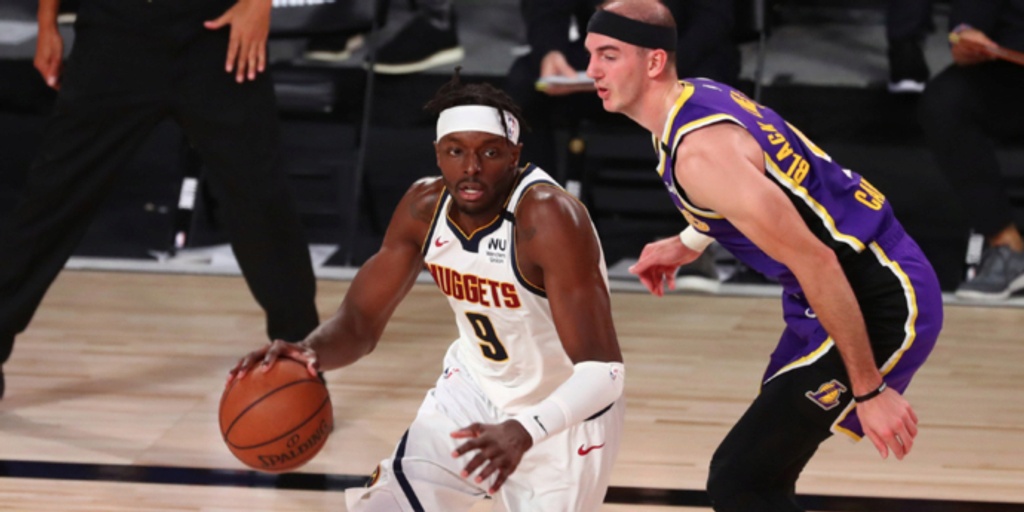 Add Jerami Grant to the list of players expected to interest the Heat this offseason. Grant is expected to opt out of his $9.3 million player option with Denver, but it would be a coup if Miami could land him with its $9.3 million mid-level exception. Grant, a 6-8 swing forward, averaged 12.0 points, 3.5 rebounds and 26 minutes and shot 38.9 percent on threes in 71 regular season games, including 24 starts.

ANALYSIS: Jerami Grant, who is expected to opt-out of his contract in hopes of securing a bigger deal, could ponder the idea of signing for a similar amount of money to join the Miami Heat. Grant will have to weigh out what is most important to him this offseason, competing for titles or securing the bag. Jerami is coming off a strong season and was a key factor in Denver's playoff run which has led many teams to show interest in the versatile forward.