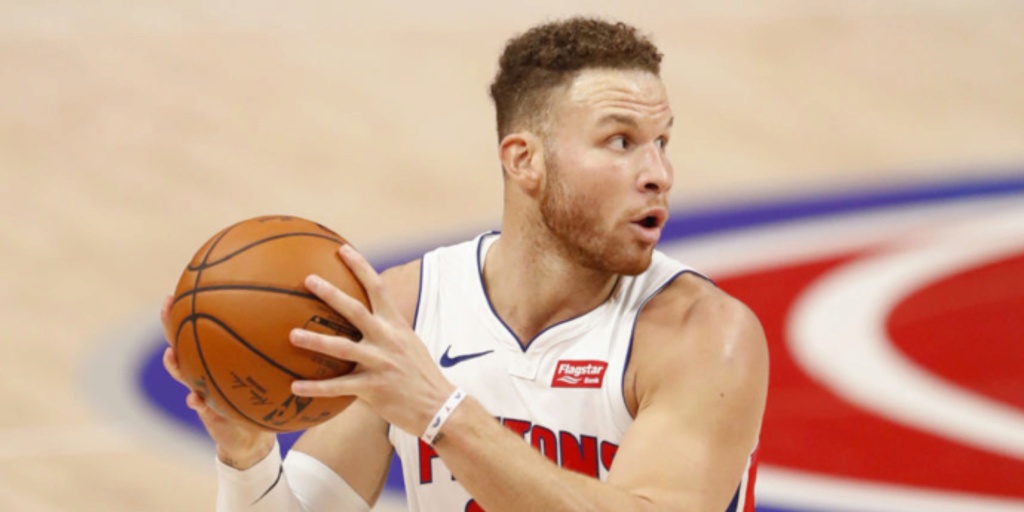 That was seemingly the primary takeaway when Blake Griffin, fresh off receiving a five-year, $173 million deal from the Los Angeles Clippers in 2017, was sent to the Detroit Pistons for a package headlined by Tobias Harris. Griffin was near the peak of his powers at that point, a wrecking ball with playmaking chops and a budding jumpshot. He helped bring the Clippers to prominence and was rewarded for such, though that partnership ended roughly seven months after the contract was signed.

We’ve arrived at the same conclusion -- it wasn’t supposed to go like this, man -- four years later, yet for a more somber reason. Griffin is now an oft-injured shell of himself, testing the free-agency waters a year and a half earlier than anticipated.

It wasn’t that long ago that Griffin and the Pistons came to a we’ll-sit-at-home agreement with the expectation of finding Griffin a new home. With no trade on the horizon, the two sides agreed to a buyout, per ESPN’s Adrian Wojnarowski.

It’s worth emphasizing that Griffin is a shell of himself. After an All-NBA-caliber campaign in 2018-19, Griffin has played in 38 games since then, averaging 14-5-4 with a 36/28/75 shooting split. That’s, uh, pretty bad! He’s somehow even worse defensively; the rim protection was never there because of the lack of length, and the injuries have sapped quite a bit of his lateral mobility.

The bet for teams -- Woj and others have reported that plenty of playoff contenders are interested -- is that a rejuvenated, less-relied-on Griffin can make an impact as a role player. Even at this stage of his career, he remains intriguing as a playmaking hub in Elbow sets or short-roll situations. If the jumper rebounds at all, you’re looking at a half-court connector that could take a ton of pressure off a primary initiator.

Let’s examine some of the best landing spots for Griffin.

Financial reasons rule out the Bucks right now. Per ESPN’s Bobby Marks, the hard cap currently prevents them from making an offer. A trade would be needed to clear some room.

If that were to happen, the Bucks would certainly move up the power rankings. The 4 rotation behind Giannis Antetokounmpo has been… an adventure, to be kind. The frenetic Thanasis Antetokounpo gets burn; DJ Wilson is perpetually in and out of the rotation. Torrey Craig has gotten some run. It’s fair to wonder what Griffin would look like in that spot, potentially playing the 4 in Giannis-at-5 lineups.

There’s always a “man, the Lakers want/get everyone” angle to play, particularly online. It’s mostly a meme, but it wouldn’t be a total shock to see Griffin in a Laker uniform. Purely from a we-need-firepower perspective, a Griffin flyer could be worth a shot. He’d fit in as a high-IQ passer who could execute plenty of the high-post sets that the Lakers like to run.

There are financial factors at play that make this pairing unlikely. The Lakers aren’t hard-capped, but they also don’t have mid-sized exceptions to fit Griffin into (like the other teams pursuing him do). Beyond that, the frontcourt is a bit crowded. Once Anthony Davis is back, Griffin would be fighting with Marc Gasol, Montrezl Harrell, Kyle Kuzma, and Markieff Morris for closing minutes. Even that is working under the assumption that LeBron James would slide up to the 3 in such an alignment. 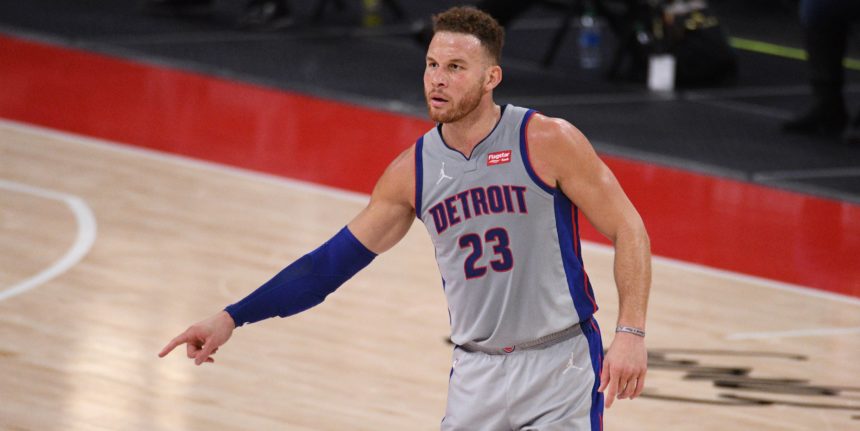 SURE, I COULD SEE IT

Don’t believe in the Freaky Friday that the Raptors are pulling right now. The advanced stats page on NBA.com may tell you that their offense (113.4 offensive rating, 10th) is better than their defense (112.0, 18th), but their defense remains the foundation of their success.

The Raptors rank eighth in half-court defense and fifth in transition efficiency, per Cleaning The Glass. They get stops, force turnovers, and run all over teams. Get them in a half-court setting and things bog down a bit (13th). Adding Griffin to provide a similar element to what Gasol brought in years prior -- high-post passing, pick-and-pop shooting -- could help juice the offense.

Worth noting: Kyle Lowry would be, by far, the best point guard Griffin has played with since his Clipper days. Higher quality of looks could see the efficiency jump a bit.

Similar to the Raptors, the Warriors’ half-court defense is driving their success. Getting out after misses or turnovers allows the Warriors to tap into Steph Curry’s unpredictability. The Warriors are slightly ahead of the Raptors in half-court efficiency (11th), though they could use a bump in playmaking.

Outside of Curry and Draymond Green, who consistently capitalizes on advantages via passing? At the very least, having Griffin on the second unit could improve some of the flow there.

The Celtics have missed Gordon Hayward a little more than expected. To be fair, they’ve missed just about everyone at some point during this woebegone season. Still, having Hayward as a third (sometimes fourth) playmaker helped take pressure off of Boston’s star wing duo. For a team that ranks toward the bottom of just about every passing stat that matters, and has seen an increase in double teams against their star wings, adding Griffin as a short-roll threat could be helpful.

Please get Damian Lillard some help.

His second- and third-best players are hurt. Even when healthy, the Blazers could use a little more playmaking help. With Lillard consistently having two bodies tossed at him near half-court, having Griffin as a release valve would take some of the creation burden off of Lillard.

The Heat desperately need help at the 4. After capturing lightning in a bottle with Jae Crowder during the second half of last season, the Heat have flat-out failed to find a reasonable replacement. Mo Harkless has been a dud; youngster KZ Okpala has gotten an inconsistent leash, and has mostly looked out of sorts when trusted with major playing time. Kelly Olynyk and Andre Iguodala have filled in admirably, but have glaring limitations on opposite ends of the floor.

Griffin would help sort the frontcourt hierarchy there. He or Olynyk would start, the other flanked by rookie Precious Achiuwa while Iguodala would fill the backup minutes at the 3.

In the end, Griffin may just opt to play with the team that makes life the easiest on him. That would be the Brooklyn Nets, home of three of the 15 or so most talented scorers the NBA has ever seen.

The Athletic’s Shams Charania has reported that the Nets are the frontrunners to land Griffin; the title aspirations, personal relationships, and the ease in which he could get open looks serve as valid reasons for the choice. The thought of closing games with Kyrie Irving, James Harden, Joe Harris, Griffin, and Kevin Durant is a daunting one for opposing defenses.