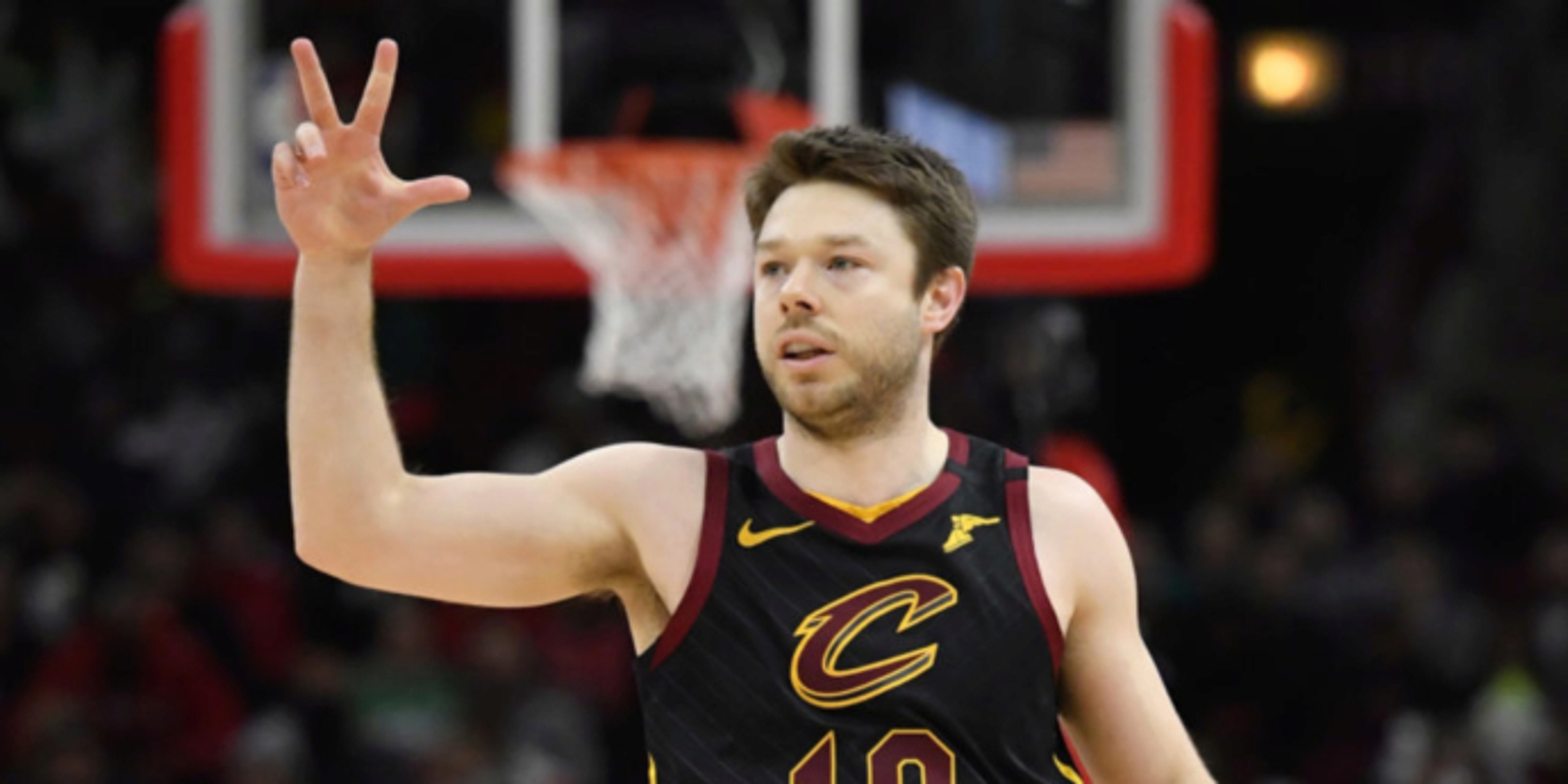 Matthew Dellavedova's long wait to play again may finally be over.

More than a year since his last regular-season NBA game, the Cavaliers' popular veteran guard could make his season debut Thursday night after being out with a concussion and appendectomy.

Coach J.B. Bickerstaff said Dellavedova practiced Wednesday, and as long as he gets final medical clearance, the 30-year-old will play against the Philadelphia 76ers.

“My expectation is hopeful that there will be a Delly sighting tomorrow,” Bickerstaff said.

Dellavedova, who along with Kevin Love is the only player remaining on the roster from Cleveland's 2016 NBA title team, hasn't played in a game since suffering a head injury in the club's exhibition opener in December.

Dellavedova had suffered previous concussions, so his recovery took longer as he had to pass league protocols. He had made major progress toward a return in February, but was sidelined again after having his appendix removed.

The Cavs have missed Dellavedova's experience, toughness and leadership.

“Definitely seems like forever to think about how long he’s been out and how many games he missed,” said guard Collin Sexton. "But definitely excited to see him back out there in practice and going through the plays, it’s amazing to see his full recovery. It’s good. I’m definitely glad to have him back.

"I said, ‘Don’t go out there and give out six fouls in the first three minutes.’ He just laughed about it.”

Dellavedova hasn't played in a regular-season game since March 10, 2020, the final one before the COVID-19 pandemic stalled the league's season and ended Cleveland's.

The Cavs have been ravaged by injuries all season, and not having Dellavedova hurt the club's depth and deprived the team of having a guard on the floor to help mentor Sexton and Darius Garland.

“Delly is a guy that is going to do whatever the team needs,” Sexton said. “If that’s to go lock someone up or play 94 (feet), he’s going to do it. Delly is coming in and being that vocal leader and that vet that we need. ... With Delly coming back we know what to expect pretty much.”

Dellavedova has served as something of a player/coach while he's been out, and Sexton said his input has been invaluable.

“When he’s out there, we’re able to see what he sees as well,” Sexton said. "But it’s different when he’s on the sidelines. He tells you what he sees from the bench. So, when he goes in the game, he will be like, ‘Alright I see this play, so run this.’ Or he will make sure he has the plays in his back pocket.

"Delly is one of the smartest people I know when it comes to basketball, his IQ is really high up there.”

NOTES: Bickerstaff said Love took part in practice and the team will see how he responds before deciding when he'll return. Love has been slowed by a calf strain since December and played in just four games.