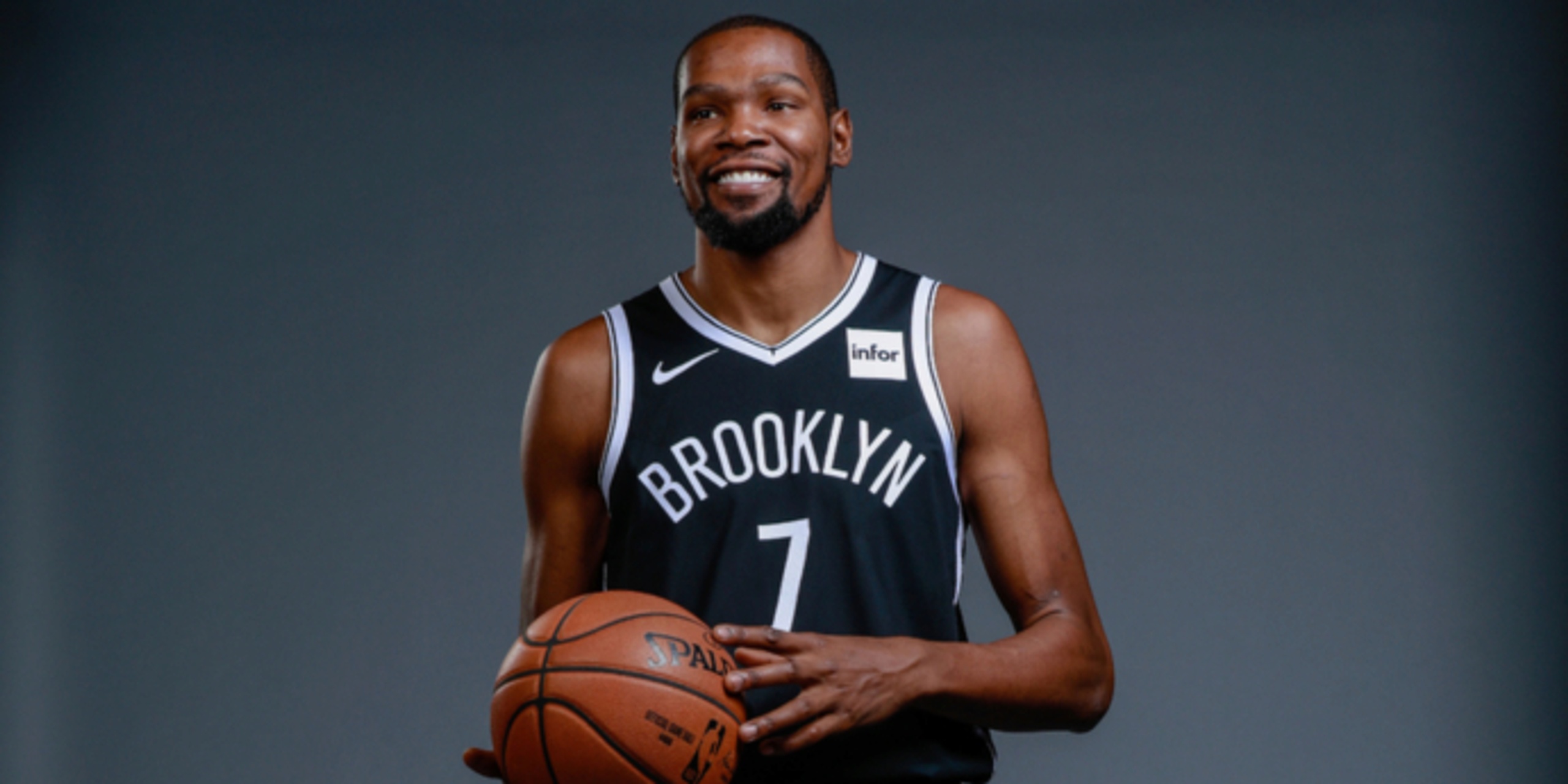 Kevin Durant had to relearn how to walk, run and jump

Exactly 548 days after he ruptured his Achilles tendon, Kevin Durant vividly described his recovery as a process in which he had to relearn how to walk and how to run in the early stages of his rehabilitation.

“It was definitely new. I never experienced anything close to that," Durant said. "Learning how to walk again, not walking and getting assistance in everything you do those first 3-4 months was tough. I’ve been through surgeries and injuries before, but the longest recovery I had was three months.

“The first days of the Achilles was three months long. Couldn’t walk or run, had to use a scooter, so I think those milestones, and learning how to walk, run and jump again, that’s underestimated. People don’t realize that. The Achilles, that ligament, is one of the strongest ligaments in your body, but after it pops, you have to build that back up.”

Durant spoke after going through an individual workout in Brooklyn on the first day of training camp. The entire Nets team cannot practice together until Saturday under NBA rules, and there will be a very short amount of together time before the Nets open the 2020-21 preseason on Sunday, Dec. 13, against the Washington Wizards. Their regular-season schedule has not yet been announced.

That first exhibition game could mark the returns of both Durant and John Wall from ruptured Achilles tendons, and Durant said he had a “deep convo” with Wall about how they've been sidelined for such a long period of time.

Durant, who was mostly unemotional during his Zoom interview as part of Media Week, took issue with reports that he had spoken about joining forces with James Harden while working out in Los Angeles. Those reports prompted a flood of news articles about Harden wanting to be traded to the Nets.

“I don’t know where you’re making these stories that me and James talked about any of this at a workout," Durant said. "I don’t know where any of that came from. James is a friend of mine, but I let the front office handle all that stuff. I was just focused on working out.

“I heard all the noise, and I heard that James potentially wanted to come to the Nets. But anybody can make up stories and write a story and it gets some traction. But nothing is ever set in stone until it’s set in stone.”

When Durant returns, it will be his first game since June 10, 2019, when he was injured in Game 5 of the NBA Finals against the Toronto Raptors. He was still with the Golden State Warriors then. After joining the Nets last offseason, he spent the 2019-20 season in street clothes, then caught coronavirus in March.

He was one of several members of the team to contract COVID-19, which new coach Steve Nash said might just be a benefit to the team because so many players now know what having coronavirus entails.

Durant said he did not pick up any new hobbies during his rehab and sort of enjoyed his ”me time” away from the day-to-day obligations that come with being an NBA player. At the same time, he sounded eager to return, but cautioned that at 32 years old -- and with 988 career regular-season and postseason games under his belt -- he may never be able to describe himself as “100 percent.”

Nets general manager Sean Marks also addressed the Harden rumblings, saying he tries to explain to players that rumors and speculation are a part of the NBA life, and the best thing to stay focused on is the task at hand on any given day. Nash ducked a question about Harden.

It is questionable whether Harden would even be a good fit for a Nets team that already has a ball-dominant player in Kyrie Irving and a former MVP in Durant, and those two will play alongside a core that includes Jarrett Allen and DeAndre Jordan at center, Joe Harris and Caris LeVert on the wings and Spencer Dinwiddie and new acquisitions Jeff Green and Bruce Brown anchoring the bench.

Nash said it was probably unrealistic to expect either Durant or Irving (shoulder surgery) to play all 72 games.

But just having Durant and Irving on the court together for a single game is something the Nets have waited on for nearly a year-and-a-half, so anything positive that results from their pairing will have been worth the wait.