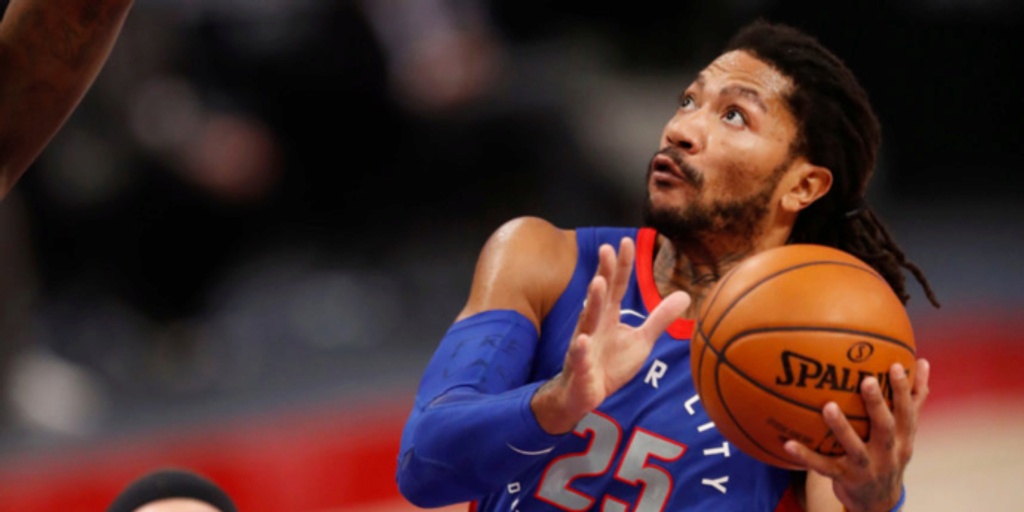 Derrick Rose available to play for Knicks, will not start vs. Heat

The New York Knicks have announced that Derrick Rose will play tonight, but he will not start in Tuesday's game against the Miami Heat.

ANALYSIS: There you have it -- Rose will make his second debut for the Knicks, this time under his twice-former head coach Tom Thibodeau. It will be interesting to see how Thibs manages the guard rotation that includes Austin Rivers, Elfrid Payton, Alec Burks, RJ Barrett and rookie sensation Immanuel Quickley. In Detroit, Rose averaged 14.2 points and 4.2 assists in a shade under 23 minutes per game.