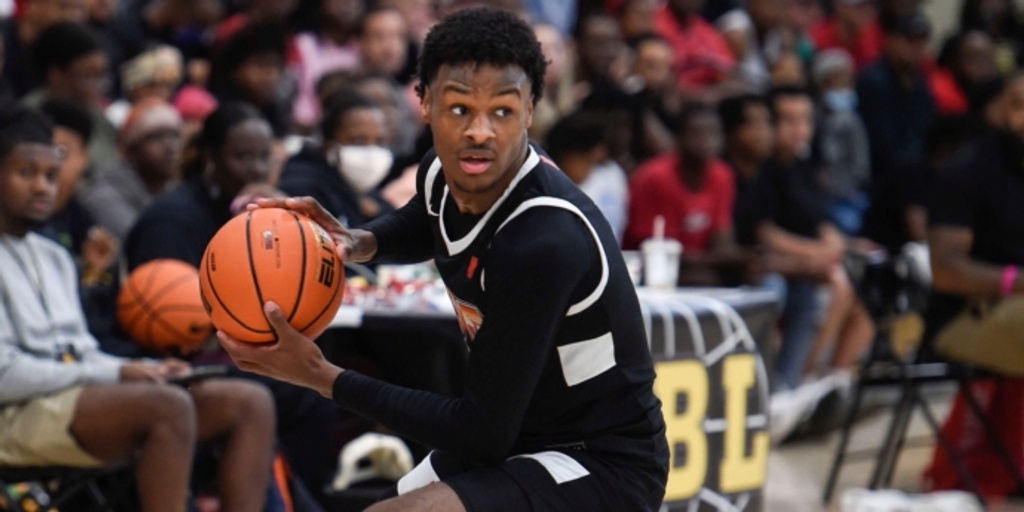 Sometimes it seems like the media are playing the jealous ex-girlfriend because they can no longer get the attention from the players, so they just start saying crazy, wild stuff.

Baron Davis told me this while discussing the state of too many members of the current media.

Personal attacks have become commonplace. Now a part of everyday "journalism," there are desperate attempts to elicit a response from an athlete by continuously making them the focal point of their commentary, reporting, articles and hot takes.

Throughout the course of LeBron James’ career — appearing to be oddly obsessed with him — Skip has unleashed countless attacks. In fact, he has made an entire career off of LeBron criticism. It’s been Skip's shtick for over a decade, and he has been well compensated for it in past by ESPN and, now, FOX.

But what’s more impressive is that — throughout the countless onslaught of daily venom thrown in his direction by Skip — LeBron has never once responded to him, never lashed out or attempted to defend his honor or name. After over a decade of desperate, failed pleas for attention from someone, one would think that, eventually, the person would move on.

Not Skip, though, who appears to have a Steve Urkel-level of resiliency, as he refuses to give up his quest for acknowledgment. So now, in an even more feeble and self-disgracing attempt, he has turned to LeBron’s teenage son, Bronny James.

Monday night, Bronny went viral for an amazing play that elicited praise from all corners of the sports world.

In a game against the U18 French Select Team, Bronny dribbled the length of the floor, completed an impressive in-and-out with his left hand on the left side of the floor and attacked the basket. He took the ball through contact and dunked it with his right hand, bringing the entire crowd to its feet, which drew praise from every corner of social media.

However, never missing an opportunity to criticize any and everything LeBron, Skip took this opportunity to focus his attention on Bronny for not using his left hand to dunk instead of using his right hand.

Hey, Bronny ... impressive. But your dad would've dunked it left-handed. You sure got away with it, though.

The NBA and basketball world swiftly blasted Skip for going after LeBron’s son:

Somebody go make you smell their cologne! You can’t be playing with people children. Real Talk! https://t.co/zKX8qzuhI4

Now you Attacking kids. You are truly corny. https://t.co/GfqAgqVyv3

Twitter wasn't enough for Jalen Rose, who went on TV to deliver a strong message to Skip.

On the following Tuesday morning, Skip had his rebuttal on "Undisputed." He was confused as to why there was so much backlash to his tweet.

“It shocked me last night when my tweet exploded,” Bayless said. “Because I wasn’t criticizing Bronny, I was merely commenting on a young man who is going to be a focal point for this show and everybody else from this point forward.”

In reality, this is quite disingenuous. Skip knows exactly what he is doing.

He throws out the bait, which comes in the form of a LeBron-related criticism to cause some type of a stir and places Skip at the center of the topic, and then, makes that the focal point of "Undisputed" in an attempt to drive ratings. Again, this has been his shtick for many years, and has proven to be quite beneficial for him. Just look at his salary.

Skip Bayless is paid an absurd amount of money to do what he does. It’s not just that he has a weird infatuation with LeBron, or that Lebron simply lives rent-free in his mind. But he is also being compensated what equates to a professional athlete’s salary to do exactly what he is doing. In March 2021, Skip signed a $32 million deal over four years to stay with FOX, according to reports. So yes, Skip has built an entire career off of criticizing athletes — LeBron in particular.

He claims to be completely unaware of how he is viewed, and has proclaimed that he doesn’t see himself as one of the main contrarians of the sports world.

“I have often been called a contrarian,” Bayless said on the June 2 episode of The Skip Bayless Show. “And I deeply despise the term 'contrarian.' To me, a contrarian is someone who delights in taking the opposite view of a popular belief or conventional thinking, just because that person enjoys attracting attention to himself, or herself. Yet that person, that contrarian, often doesn’t often truly believe what he or she is saying. So to me, a contrarian goes against the grain just to go against the grain.”

Skip, let’s be honest — that is exactly who you are.

You have made a career of contrarian commentary mostly directed at LeBron James, but you are not the real villain in this. The real villains are the organizations who pay you a king's ransom to do what you do.