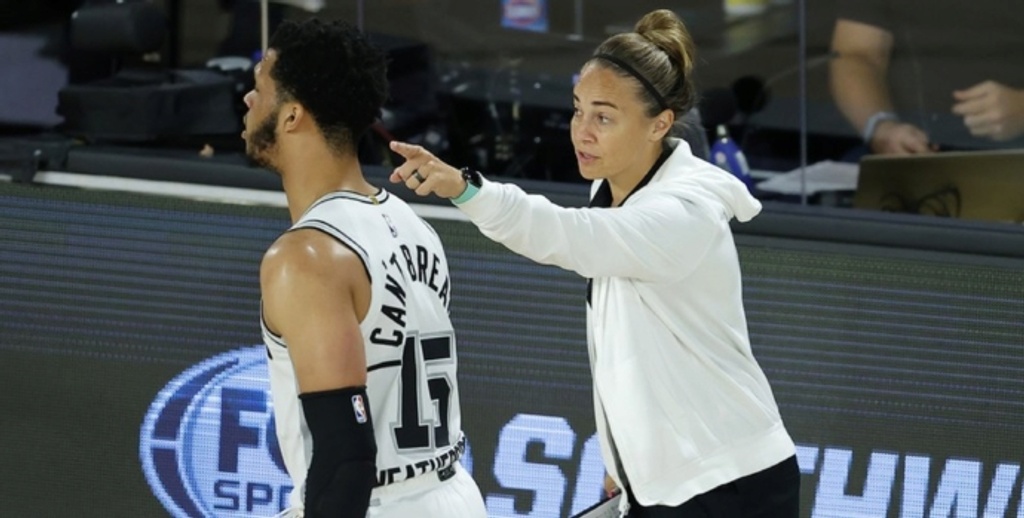 San Antonio Spurs assistant coach Becky Hammon and former Sacramento Kings and Memphis Grizzlies coach Dave Joerger are among more than a dozen candidates who are expected to participate in a first round of virtual interviews for the Indiana Pacers coaching job, sources told ESPN.

ANALYSIS: Indiana has a talented team that won 45 games this season, finishing with the fourth-best record in the Eastern Conference. However, they were swept in the first round of the playoffs, which led to the firing of coach Nate McMillan. This was the fourth-straight year that the Pacers were eliminated in the first round.

Hammon and Joerger are the most notable names on this list, but the Pacers are meeting with a lot of talented assistant coaches too. Around the NBA, Vaughn, Tibbetts, Vanterpool, Udoka and Ham are very respected. There's no timetable for when Indiana will hire their next head coach, but it could take some time since they are casting a wide net and interviewing many candidates.