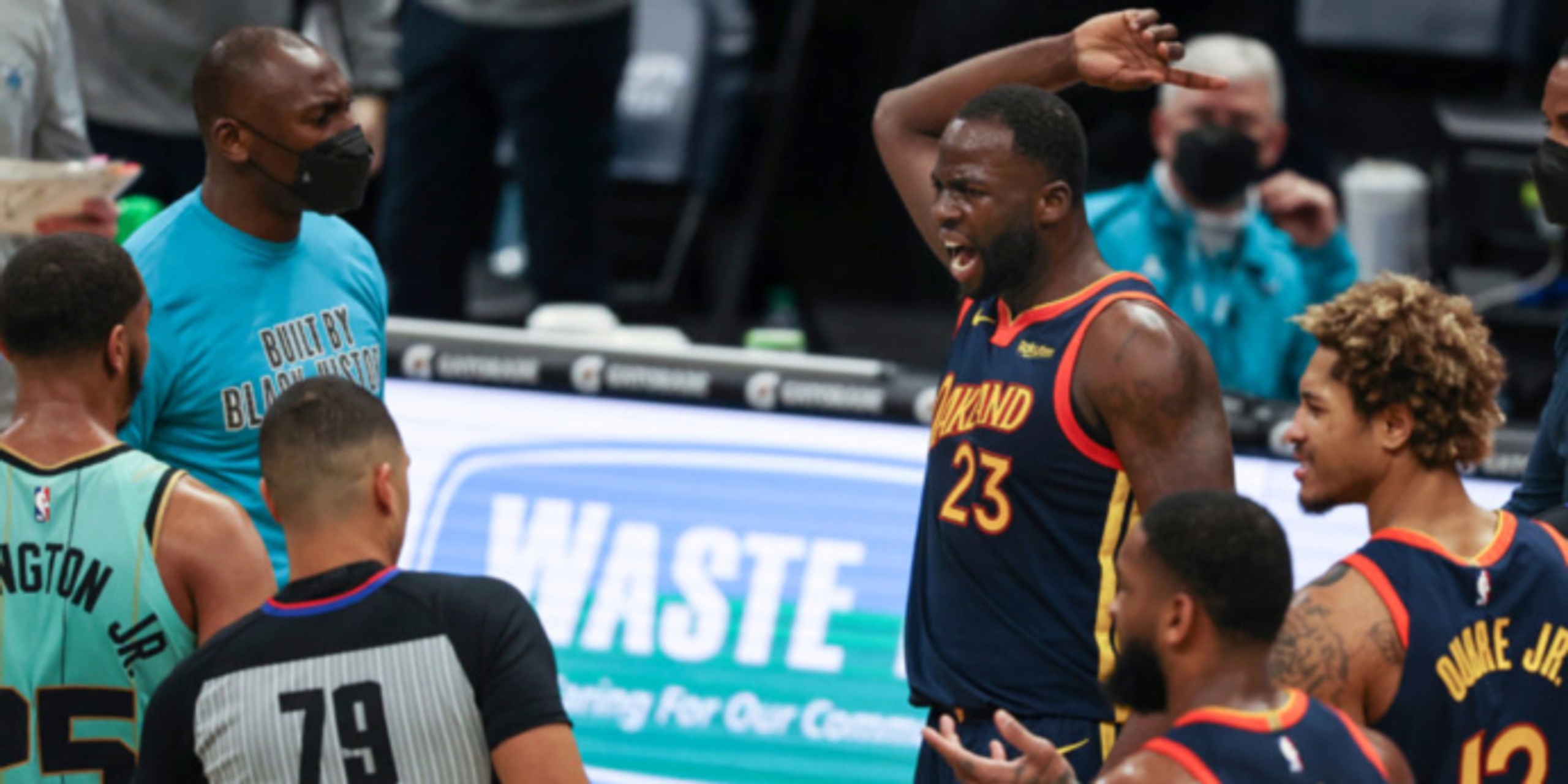 Golden State Warriors forward Draymond Green picked up two technical fouls in the span of one timeout on Saturday, leading to his ejection with less than ten seconds remaining in the game against the Hornets. Terry Rozier would go on to hit a buzzer-beating shot to give Charlotte a 102-100 win.

"He crossed the line," Kerr said of Green. "That's the main thing. We love his passion and his energy. We would not be the team we are without him, but that doesn't give him license to cross that line, and he knows that."

The final moments of the game were controversial. After Kerr did not get a timeout off before a jump ball, Green and Gordon Hayward got tied up soon after, but Charlotte was awarded a timeout.

"There's a lot to unwind," Kerr said of the final few seconds. "But if you just want to cut to the chase, it's a very difficult call on a loose ball that becomes a jump ball that they get a timeout on. Especially because in the exact same situation, I was trying to call a timeout when Brad [Wanamaker] had the ball at the top of the key when they forced the jump ball just prior to that."