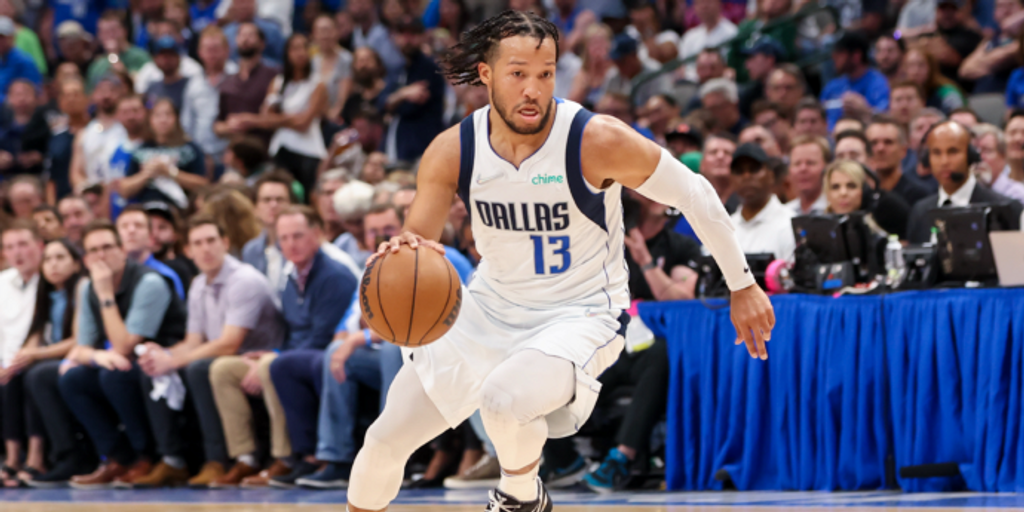 What does Jalen Brunson's new contract mean for the New York Knicks?

Well, it finally happened. The New York Knicks and a top-tier free agent have agreed to terms on a contract.

Barring any shocking, last-minute changes, Jalen Brunson will be the Knicks’ starting point guard on opening night in 2022-23, as he and the team came to terms on a whopping four-year, $104 million deal.

After entering the NBA following a successful three-year career at Villanova, Brunson was drafted and signed a partially guaranteed four-year, $6.1 million deal with the Dallas Mavericks before the 2018-19 season, meaning this marks his first big payday.

Even though the agreement was just recently announced, the presumed signing has already been scrutinized ad nauseum. And since he signed with New York, it’s been even more polarizing.

In light of this move, let’s step back and examine the facts: Brunson signed a big deal that will pay him a lot of money in 2022-23 and beyond. Additional details about salary have not yet been announced, but regardless of the annual breakdown, is a deal like this warranted?

That depends on how you view value.

Most NBA experts can find a few guys on that list that Brunson is probably better than, including Russell, Brogdon, Rozier, Bledsoe — and probably Ball too.

Considering that each team is at a different place in its development, it’s harder to rank starting point guards. But it’s fair to say that there are 11 point guards across the league who the Knicks would prefer over Brunson — Curry, Doncic, Lillard, Young, Jrue Holiday, Ja Morant, Gilgeous-Alexander, LaMelo Ball, VanVleet, Darius Garland and Cade Cunningham. They might also prefer Dejounte Murray, Paul, Fox and Lowry as well, depending on who you ask.

So, an objective review of production from the point-guard position reveals that Brunson might not be an elite producer, yet. Granted, defining point guards is difficult, so bear with me.

Brunson’s production was matched or bettered by a few point guards making less than he is set to earn, including Cole Anthony (rookie deal), VanVleet ($21.2 million) and Dinwiddie ($20.1 million).

But production is also about opportunity, and Dallas used Brunson in a specific way. The fact of the matter is that Dallas already has its lead guard, and it’s a no-brainer when choosing who should be the primary creator between Doncic and Brunson. The idea that Brunson will have more opportunities in New York should be exhilarating to Brunson and his believers.

Further, it’s easy to overlook the idea that teams invest in players’ futures. Sure, most fan bases celebrate signing proven players. But some of the best contracts are those given to players on the verge of breaking out, and that could be precisely where Brunson is in his career.

Brunson’s contract was created by optimists who know and love him. Leon Rose, Brunson’s former agent, simply believes that giving Brunson the keys to the castle will make him better; the adage of “yesterday’s price ain’t today’s price” feels eerily relevant. It certainly is for the Mavericks, as they could have signed him for significantly less just a few months ago, and it could be for the Knicks too, if Brunson outperforms this contract.

This deal was also a must-have for the Knicks because not only have they failed to land a major free agent since 2010 — at which point Amar'e Stoudamire was more of a consolation prize than a home run — but they’ve also been desperate for a starting-caliber point guard for what feels like ever.

So, it’s been a rough, rough stretch.

But that’s not all. Brunson turns 26 in August, meaning he’s an ideal match for the Knicks' young core. RJ Barret is just 21, Julius Randle is 27, Mitchell Robinson (a candidate to re-sign in New York) is 23, Obi Toppin is 23 and Immanuel Quickley is 22.

Now, back to that list of higher-paid point guards: Only seven of the 13 point guards set to make $26 million or more next year are under 30 years old.

Knicks fans are fractured over the idea of paying Brunson, but if not him, then who?

This league has proven time and again that market size does not explicitly matter, and the idea that free agents will be intoxicated by all that is New York is a dated concept. Culture and success matter more. And if that’s the case, and you choose to forego signing Brunson because it’s too much money, you’ll be stuck in a chicken-and-the-egg situation pertaining to the team’s culture and success for even longer.

And then, there’s the collective bargaining agreement (CBA) and salary cap to consider. Both the owners and players can technically opt out of the current CBA this December. More importantly, the NBA's television deals expire after the 2024-25 season, and the league is allegedly expecting a “huge increase” in rights fees, according to ESPN.

CNBC reported last March that the league will seek a new television contract in the range of $75 billion, up from $24 billion, and league revenue obviously impacts the salary cap. This is relevant because, in 2022-23, the salary cap will be $123.6 million, with the tax level coming in at $150.2 million. Forbes’ Morten Jensen reported last September that the cap could jump to as much as $171 million by 2025, assuming no cap smoothing after a new rights deal and CBA.

It's worth mentioning that Brunson's deal allegedly has a player option in its final year, meaning he can opt out before 2025-26. But at the very least, an increase in the salary cap in 2025-26 would offset re-signing him to a bigger deal, assuming he deserves one. For reference, Curry accounted for 28% of the Warriors' 2021-22 salary. Not that we're comparing Brunson and Curry, but $26 million per year isn't as harmful as it used to be.

So, as much as it may feel arbitrary, and even irresponsible, to hand out a deal like this to a non-All-Star, I ask you this: At what point should the Knicks give out a big contract? And who would agree to come to New York?

Brunson might not be Curry or Lillard, but he’s the best player the Knicks have enticed to join them in a long time. And he might be even better than anyone knows.