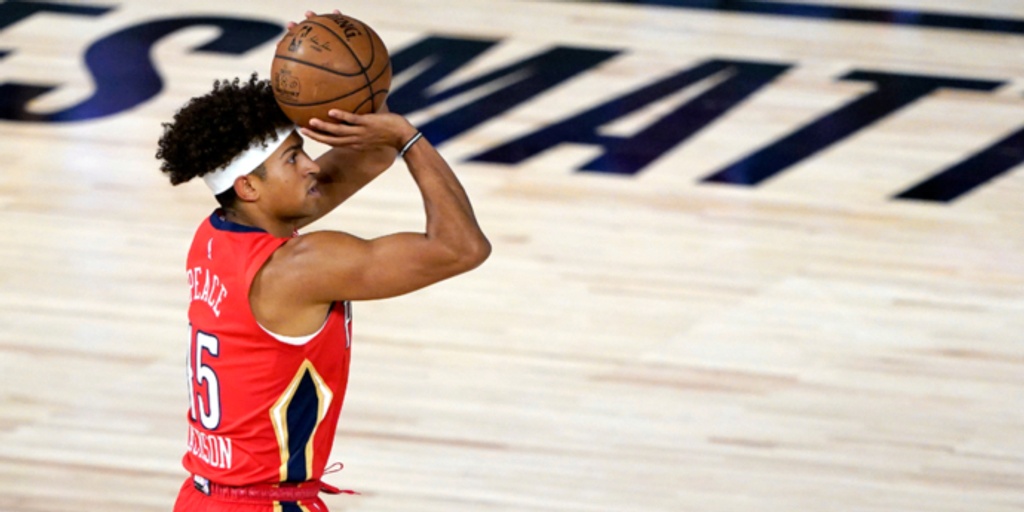 Point guard Frank Jackson has agreed to a contract with the Oklahoma City Thunder.

ANALYSIS: Jackson spent the first two seasons of his NBA career with the New Orleans Pelicans in a reserve role. Despite playing in 61 games as a rookie and 59 contests last season, Jackson has failed to establish himself because of shooting struggles. But at just 22, he still has plenty of room to grow, and a rebuilding Thunder squad could give Jackson an opportunity to get NBA minutes.