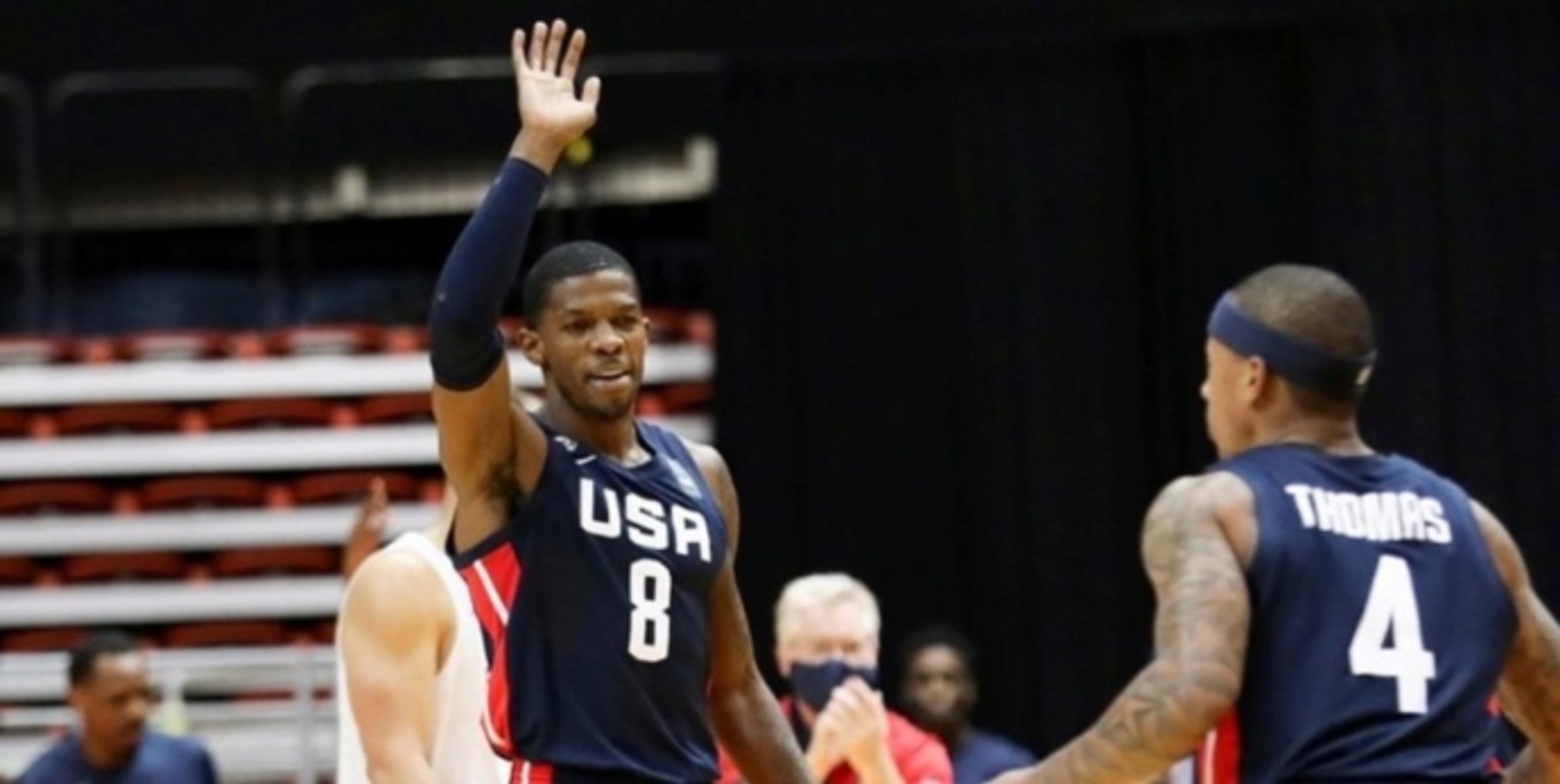 Even at 39 years old, Joe Johnson can still get buckets and embarrass defenders one-on-one.

Johnson is currently playing for Team USA in the FIBA AmeriCup Qualifiers, in part to show professional teams that he still has something left in the tank. While he'd obviously love to suit up for an NBA team one last time, he's open to the idea of playing overseas as well.

The U.S. team is off to a 2-0 start, with wins over Mexico and the Bahamas.

Against Mexico, Johnson contributed 11 points, 9 rebounds, 7 assists and 2 blocks while shooting 55.6% from the field and 50% from three-point range.

Johnson isn’t the only former NBA player on Team USA’s roster; Isaiah Thomas, Brandon Bass, James Nunnally, Josh Boone and Treveon Graham are on the squad as well. (Thomas has played well too, finishing with 19 points, 4 rebounds and 2 assists in 21 minutes in the win over the Bahamas).

Johnson's last NBA stint was in October of 2019, when the Detroit Pistons signed him. He appeared in four preseason games, but the Pistons ultimately cut him before the start of the regular season. (They were reportedly choosing between Johnson and Christian Wood for the final roster spot, and they went with Wood because of his upside).

That opportunity with the Pistons came as a result of Johnson’s dominant play in the BIG3 -- the three-on-three league that Ice Cube started. After torching defenders all season and leading the BIG3 in scoring, Johnson was named the league’s MVP and won the championship on September 1. Several weeks later, the Pistons signed him.

We'll see if his play with Team USA generates some interest from teams.