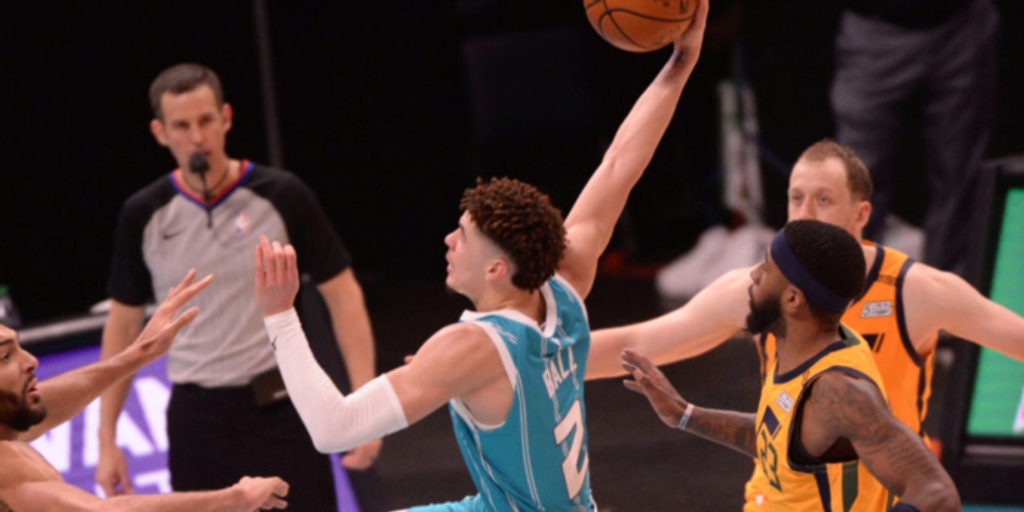 Rookie point guard LaMelo Ball continues to improve, and as a starter against the Jazz on Friday, had the highest-scoring game of his young career.

Ball posted 34 points on 51.9 percent shooting, along with eight assists against zero turnovers, in Charlotte's 136-121 loss to Utah. He scored the most points by a Hornets rookie since Alonzo Mourning in 1993.

"I'm not going to lie, I'm very impressed," said Mitchell. "Not just his playmaking ability and his competitiveness, but his joy. I don't think I have ever not seen him smile throughout the game."