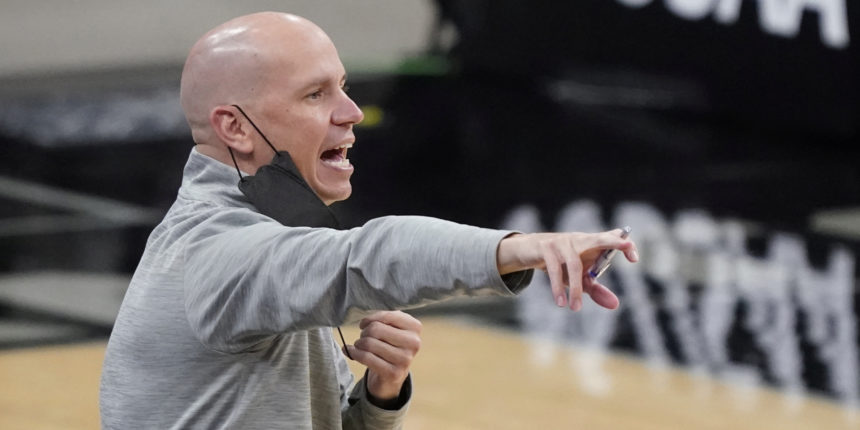 Nate Bjorkgren's future with Pacers up in the air?

Amid a year of difficulties with players and staff, Indiana Pacers coach Nate Bjorkgren’s future with the franchise is uncertain as the regular season nears an end, sources tell ESPN. The Pacers are 30-34 and in ninth place in the Eastern Conference.

ANALYSIS: Wojnarowski went on to say that Bjorkgren has work to do on relationships with key players in his locker room, and has thus far shown a willingness within the organization to try to address those issues. This is Bjorkgren's first year as a head coach in the NBA and although the Pacers have had a pretty underwhelming season, not all blame can be put on Bjorkgren. The Pacers have struggled to stay healthy this season and they were also featured in the blockbuster James Harden deal that took away the team's No. 1 option in Victor Oladipo.

Hopefully Bjorkgren can patch things up with the front office and run it back next year, but at the moment it seems like Bjorkgren's future in Indiana is very much up in the air.

My past life as a sports agent: Bologna, Italy
15h