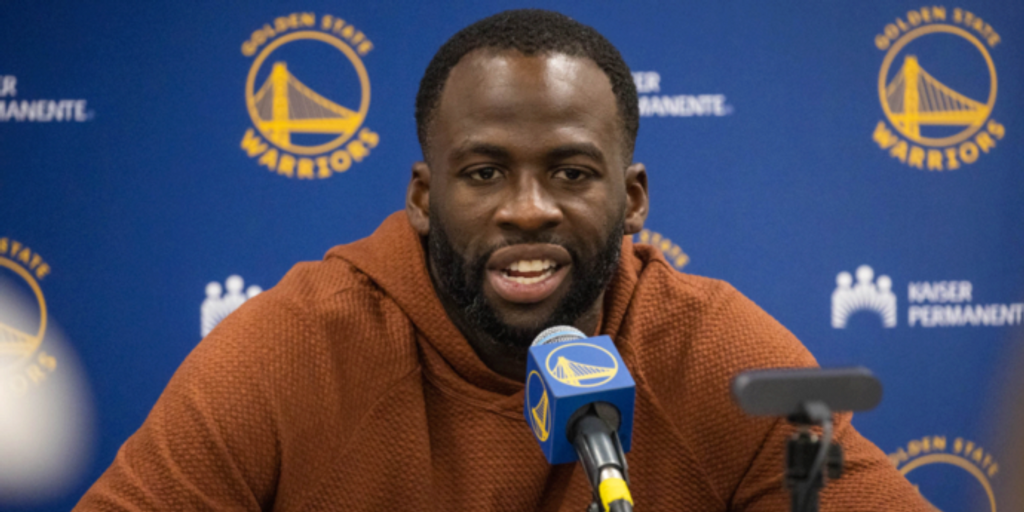 Missing the forest through the trees on Christmas Day games

In spite of multiple teams digging deep into G League and hardship-exception reserves due to health and safety protocols throughout the NBA, the Christmas Day tradition has gone full steam ahead with a five-game slate on national television. After Thursday night's victory over the Memphis Grizzlies, Golden State Warriors forward Draymond Green put forth his feelings about the prospects of playing on the holiday.

Draymond on having to play on X-Mas on the road: "I have a 7 year old, 5 year old, 1 year old... It's a bit frustrating to have to go on the road (on Xmas) for the second year in a row. So now I'm gonna miss my kid's first Christmas and now her second Christmas. It's fucked up."

Yes, Draymond Green makes a boatload of money to play basketball. Money can certainly buffer any sort of personal hardship endured as a professional athlete, and many athletes do make quantities that vastly surpass net incomes of entire households.

However, I struggle with the conjecture of personal views of what money and fame mean to athletes and people in general. Multiple players, such as DeMar DeRozan and Kevin Love, have been open about their struggles with mental health, and how money — while incredibly valuable as an asset — is not a cure-all. Wealth and fame make things easier in some aspects without a doubt, but with that comes responsibilities that are also taxing and difficult.

So often "They play the game they love, and get paid to do it" is used as the crux of arguments. Do most players like basketball? Without much doubt, yes. But, the issue is that we regularly act as if professionals are being paid to do a hobby.

Prepping for games is a near non-stop task throughout the year. Warming up and stretching with a trainer three hours pre-tip, shooting around after, the game itself, cool down and stretching again after, weights somewhere in between, and then travel and rehab. Only to repeat the process on end for much of the year.

The game is lovable, but so often there's a reticence to even contemplate how grueling the process is, or acknowledge that it exists. Money can paper over many things, but part of the issue lies in looking at everything through rose-colored glasses and thinking what athletes earn is due strictly to what happens 82 nights a season.

So yes, empathy is earned for NBA players and professional athletes who won't get to spend time with their families and loved ones on Christmas.

There are levels to this, as there is with anything. There are people working 9-to-5s for a fraction of the payment on Christmas Day, and it's frustrating to know that it is an undeniable reality for many. There will be thousands of arena workers and team support staff working today during the games. There are multiple NCAA basketball teams that have not sent staff and players home for Christmas due to practice. Why can we not be empathetic to all situations?

Comparing them is part of the problem.

The notion that players "signed up for this" is routinely tossed around. I'm not foolish enough to think most players didn't assume they'd be playing on Christmas someday. But, many players are professionalized early in their lives, often in their teens. It's rather inane to think that the majority of athletes as sophomores in high school or even in college thought about how becoming a professional athlete would someday impede their ability to spend time with their families and miss out on important milestones.

We do this thing where "This is worse than that," so we don't talk about something without constantly harping on how it's not as bad as another thing, and it's incredibly dismissive. In many senses, the best way to actually constitute change on a larger scale is by consistently calling out all of the instances that are problematic, rather than continually ignoring things because "it could be worse."

I don't have an answer for how to fix this either in basketball or the real world. People should not have to work on holidays or on important days to their family. I'm tired of applauding someone for missing out on the birth of their kid so they could be there for Game 48 of the regular season. I'm tired of the norm being someone working off the clock at home to make ends meet rather than getting to actually shut off and be a human being.

No, this blurb isn't changing that, but I really hope that we can start to have real conversations about normalizing breaks, finding ways to maintain somewhat normal life,and being present instead of repeatedly pounding the drum of "it is what it is."