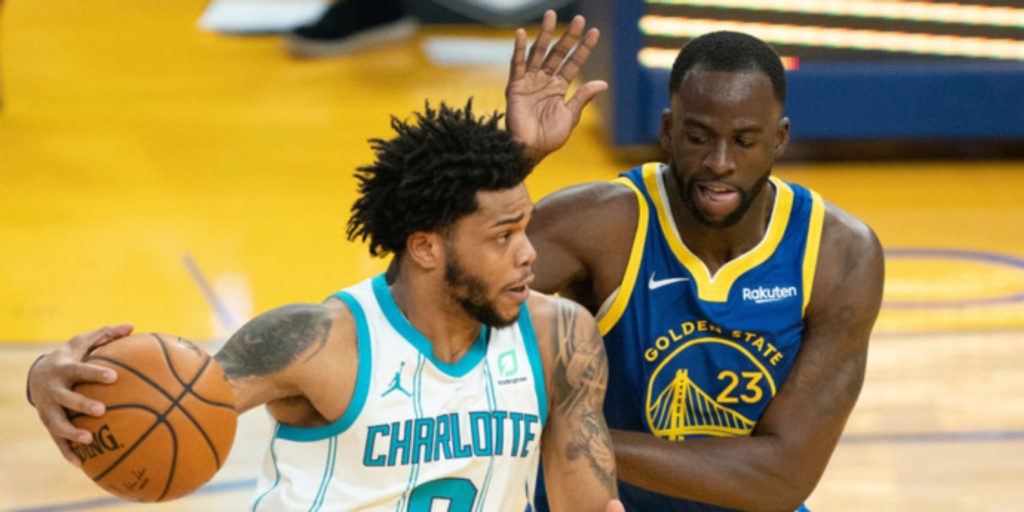 Charlotte Hornets forward Miles Bridges has built a reputation as one of the fiercest dunkers in the league today. He’s the favorite receiver of LaMelo Ball, as they’ve connected on some pretty nasty alley-oops.

Bridges, who some believe could be an All-Star this season, can pohttps://www.basketballnetwork.net/miles-bridges-is-fed-up-with-draymond-green-wants-to-dunk-on-him/sterize foes without Ball’s assistance. Just ask Clint Capela, who almost saw his life flash before him in the summer after getting spiked on by Bridges after a solid drive to the hoop.

Bridges is thrilled whenever this type of opportunity arises. Whenever there’s an open lane, the goal is not just to score two points; the ultimate mission is to catch a body.

However, there's one player he hasn't been able to dunk on yet: Draymond Green. According to Bridges, Green is moving heaven and earth to prevent Bridges from even touching the rim. This has irritated Bridges so much that he has placed Green on his dunk hit list.

“One person I really want to get is Draymond because he continues to talk stuff to me. Every time he sees me going for a dunk, he tries to foul me,” Bridges said on NBA on ESPN.

Draymond fans already know that the man is one of the best defenders in the league, so it makes sense that he won’t let the other team get easy ones. If he can't block Bridges, the obvious solution is to stop him before he gets up in the air.

Though Bridges was all smiles when he placed a bullseye on Green, he also sounded pretty serious.

This little rivalry reminds us of Michael Jordan and Dikembe Mutombo in the 1990s. Mutombo reminded Jordan that he hadn’t dunked on him ever, and Jordan, as always, took it personally. When he finally slammed one down on Mount Mutombo, MJ rubbed salt on the wound by pulling out the finger-wag taunt.

Since the Hornets and Warriors have already finished their season series, we'll see if Bridges has such a moment the next time the two meet on the court next year.