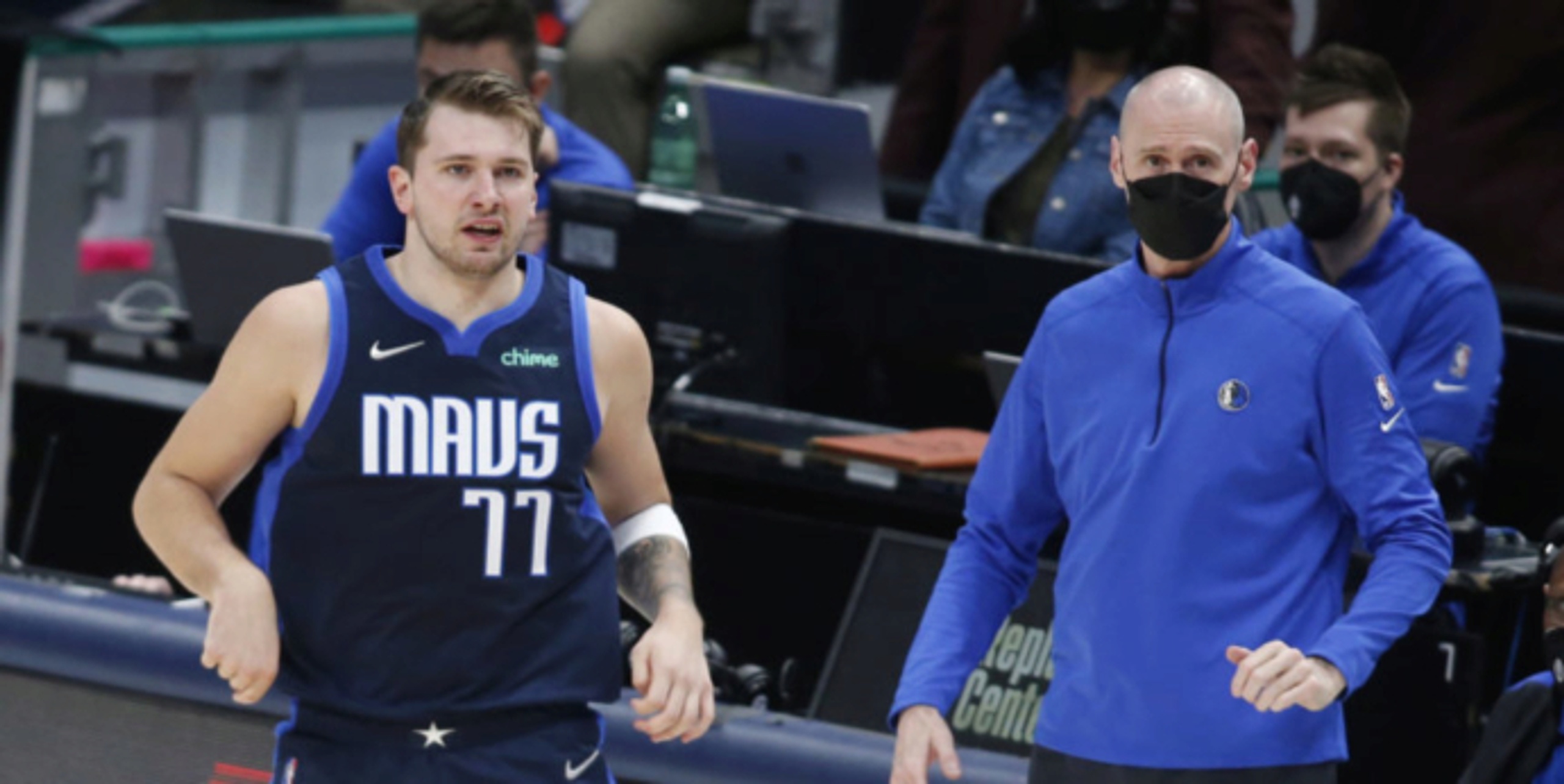 In a thorough insider article from Tim Cato and Sam Amick of The Athletic, it was revealed that Dallas Mavericks front office member Haralabos Voulgaris has a wide scope of power in team circles -- and that has lead to some frustration from parts of the team, including franchise centerpiece Luka Doncic.

In one note, Cato and Amick point to last year's draft:

"Multiple league and team sources point to the 2020 draft as a particularly egregious example of Voulgaris’ power, an evening one source described as 'embarrassing,'" the story says. "Most members of the scouting department joined the team’s war room remotely through Zoom and were surprised when Voulgaris, attending in person, didn’t consult them for either of the team’s first two selections (Josh Green and Tyrell Terry) despite disagreements they held with at least one of the players he picked.

"'What did (he) sell to Mark to make him believe (he) can do this?' asks one source with an intimate knowledge of the situation. 'Nobody knows.'"

The article also says that Voulgaris even had power over transactions and rotation decisions, despite his unassuming title of "director of quantitative research and development."

According to the report, Voulgaris was the motivator behind the Mavericks' acquisitions of Seth Curry and Delon Wright, and he pushed for head coach Rick Carlisle to start Wright in the 2019-20 season-opener. Wright never started a game after the first night.

Voulgaris has frustrated Doncic on a number of occasions, per the story. The young star still plans to sign the $200 million maximum rookie extension.

But as Cato and Amick wrote, "a high-level power broker within the league says the Mavericks recognize that there’s urgency to build a contending team around Doncic after losing in the first round in each of the past two seasons. The clock is ticking."

UPDATE: Mark Cuban denied several elements of this story in an interview with Bally Sports: “Luka’s my guy. I listen to him like I listen to Dirk (Nowitzki). It’s trash. It’s a reason they didn’t reach out to me (because) they didn’t want me to question the validity of the story.”