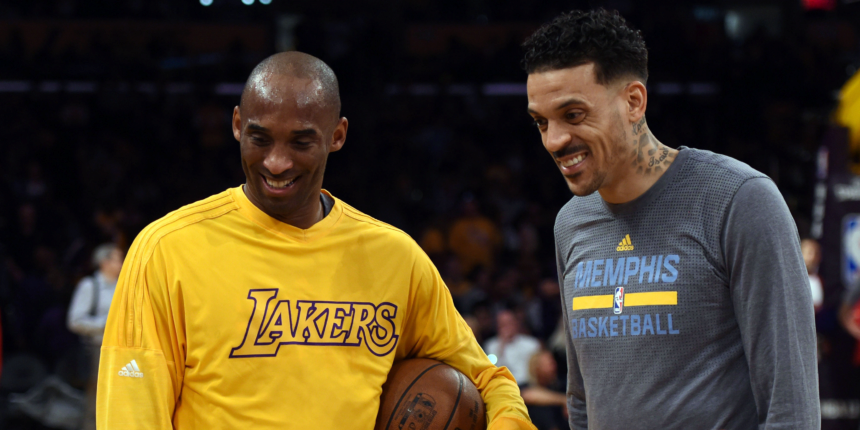 When talking about some of the most competitive and fearless players in the history of the NBA, Kobe Bryant’s name is at the top of the list. Notorious for his “Mamba Mentality,” which means working hard and going above and beyond to accomplish your goals, Kobe built his illustrious Hall-of-Fame career and left a deep influence on countless other basketball players and fans.

Kobe made his career with his immaculate talent and skill as one of the best scorers the league has ever seen. But what really put him over the top and among the best players in history was that competitive spirit and will to get dirty, just like his idol Michael Jordan. Of course, that mentality placed him in some serious battles with various “Kobe stoppers," especially in the playoffs. From Ruben Patterson, Doug Christie and Bruce Bowen, to Raja Bell, Ron Artest and Tony Allen, Kobe had to face and battle some of the toughest defenders the league has ever seen.

But in March 2010, there was a regular-season game between the Los Angeles Lakers and the Orlando Magic. These were two teams that had just played each other in the Finals the previous postseason, so tensions got high as Kobe got into it with Matt Barnes, another player known for his gritty style of play. That would give us an iconic moment: On an inbound play on the baseline, Barnes faked throwing ball in Kobe’s face. The Black Mamba didn't budge, and instead, stared back at him cold-bloodedly.

Stories about that moment have been told numerous times by Barnes and Kobe himself, and the two eventually teamed up in L.A. and became good friends. But recently, Barnes joined Gilbert Arenas on his podcast, "No Chill," and shared what provoked him to do the ball fake:

“In the Orlando situation, I mean, anyone that plays Kobe knows he’s dirty. Grabs you, elbows you, says sh**, does whatever. But they’ll never call a foul on him," Barnes said. "[He was] known for elbowing you in the sternum, known for just doing all kinds of crazy sh**, but that was part of that mental warfare that he liked to put on you. This motherf***er elbowed me in my sternum, hit me in the nuts, elbowed me in the chin. Like, I’mma fight this dude because these punk-a** refs aren’t calling nothing. So when the ball-fake sh** happened, it wasn’t like I’m gonna fake the ball in his face. Literally, my arms just did it by themselves. I wanted to slam that shi** in his face. So I faked it, and then it kind of became what it did.”

Kobe may have been a superstar, but he played like he was any other player on the team. He gave it his all on both sides of the floor and didn't shy away from locking up the other team’s best players, all while frustrating them mentally and psychologically with his sneaky moves. The will to do the dirty stuff and use his superstar status to get away with extra physicality and sneaky plays made Kobe an absolute menace on the court. Knowing every trick in the book, mixed with his unbelievable skillset, allowed Bryant to be so successful and great.

And that is why his name will be forever remembered.