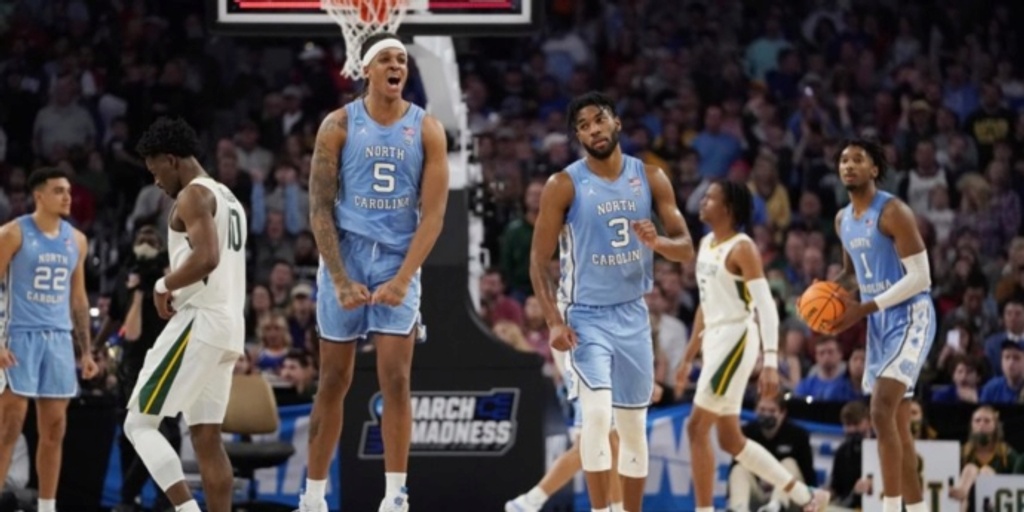 March Madness is in full effect!

The first eight tickets to the Sweet Sixteen were punched Saturday in the round of 32. Let's breakdown all of the day’s action.

North Carolina def. Baylor 93-86, will face UCLA
What a wild, wild game. Carolina had a 25-point lead halfway through the second half — then Brady Manek was ejected. The tide turned and Baylor roared back, cutting the deficit and eventually forcing overtime. The Tar Heels were able to hold on during a wacky overtime period, and secured the win behind 30 points from RJ Davis. Before his questionable ejection, Manek was having a huge game with 26 points on 4 of 8 shooting from behind the arc. It was a gutsy, hard-fought win by the Tar Heels. They survive and advance.

Saint Peter’s def. Murray State 70-60, will face Texas/Purdue
Saint Peter’s held a five-point lead at the break and extended it to 13 just a few minutes later. The Cinderella of the 2022 Tournament so far struck again, knocking down clutch free throws and clinging onto the lead down the stretch for the 70-60 victory. KC Ndefo played well, providing 17 points, 10 rebounds and 6 blocks. The MAAC Conference Tournament champions head to the Sweet 16 where they will meet the winner of Texas vs. Purdue. 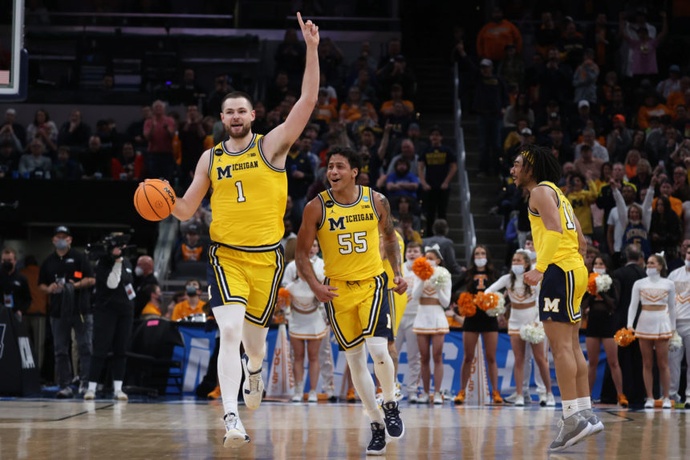 Michigan def. Tennessee 76-68, will face Ohio State/Villanova
Michigan stunned the No. 3 seed Volunteers in this one, behind Hunter Dickinson’s huge game. He posted 27 points, 11 rebounds and 4 assists in the win. Tennessee had a six-point lead with 8:30 to play, but Eli Brooks had other plans. After narrowly making the tourney, the Wolverines weren’t given much chance to advance very far, but here they are. They're headed to their fifth straight Sweet 16, after this huge win for Juwan Howard and company.

Gonzaga def. Memphis 82-78, will face Arkansas
In a tremendous game for NBA draft fans, Chet Holmgren, Jalen Duren and Emoni Bates got to face off. Memphis led by 10 points at halftime, winning the physical battle early — but Drew Timme started the second half on a mission with multiple buckets, as the Tigers got in foul trouble. This was an absolute battle from start to finish, as Gonzaga was able to pull away in the last few minutes with tough defense and clutch free throws. They survive and advance, securing a meeting with the Razorbacks.

UCLA def. Saint Mary’s 72-56, will face North Carolina
UCLA led by only 1 point with 15:00 to play in the second half, but would put on a clinic for the remainder of the contest. The team's offensive attack was balanced, as four starters scored over 14 points, led by Tyger Campbell’s 16 and 4 assists. The Bruins now look ahead to the Sweet 16 where they will face the red hot Tar Heels. That one should be must-see television.

Kansas def. Creighton 79-72, will face Providence
The Jayhawks led by one point at the break — the game was tight nearly the entire way. In the final three minutes, they were able to pull away with tough defense, big-time shot-making and a breakaway bucket from Ochai Agbaji with just 0:55 to play. Remy Martin led the team in scoring with 20 points off the bench, while Agbaji and Christian Braun both played well. This will be Kansas’ 24th all-time appearance in the Sweet Sixteen. 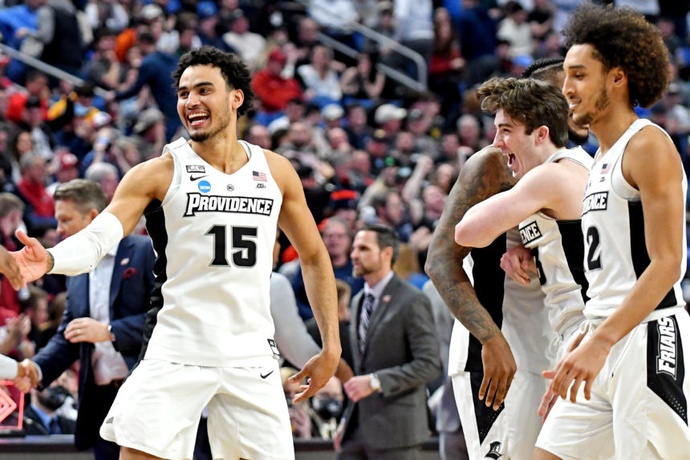 Providence def. Richmond 79-51, will face Kansas
The Friars have been one of the tournament’s most dominant teams. They handled business again here, led by Noah Horchler’s 16 points and 14 rebounds, while shooting 4 of 6 from deep. Jared Bynum also provided 10 big points off the bench. Ed Cooley and co. continue to play incredible basketball, and now they get to face the No. 1 seed in the region, Kansas.

Arkansas def. New Mexico State 53-48, will face Gonzaga
This was a low-scoring affair, obviously. The game was tied at 30-30 with less than 11:00 left to go, but Arkansas took the lead with 7:54 to play and eventually advanced. The Aggies cut the deficit down to two points with 0:10 remaining, but the Hogs were able to hold on after converting important free throws down the stretch. JD Notae led them in scoring with 18 points, adding 8 steals, 4 rebounds and 3 assists.