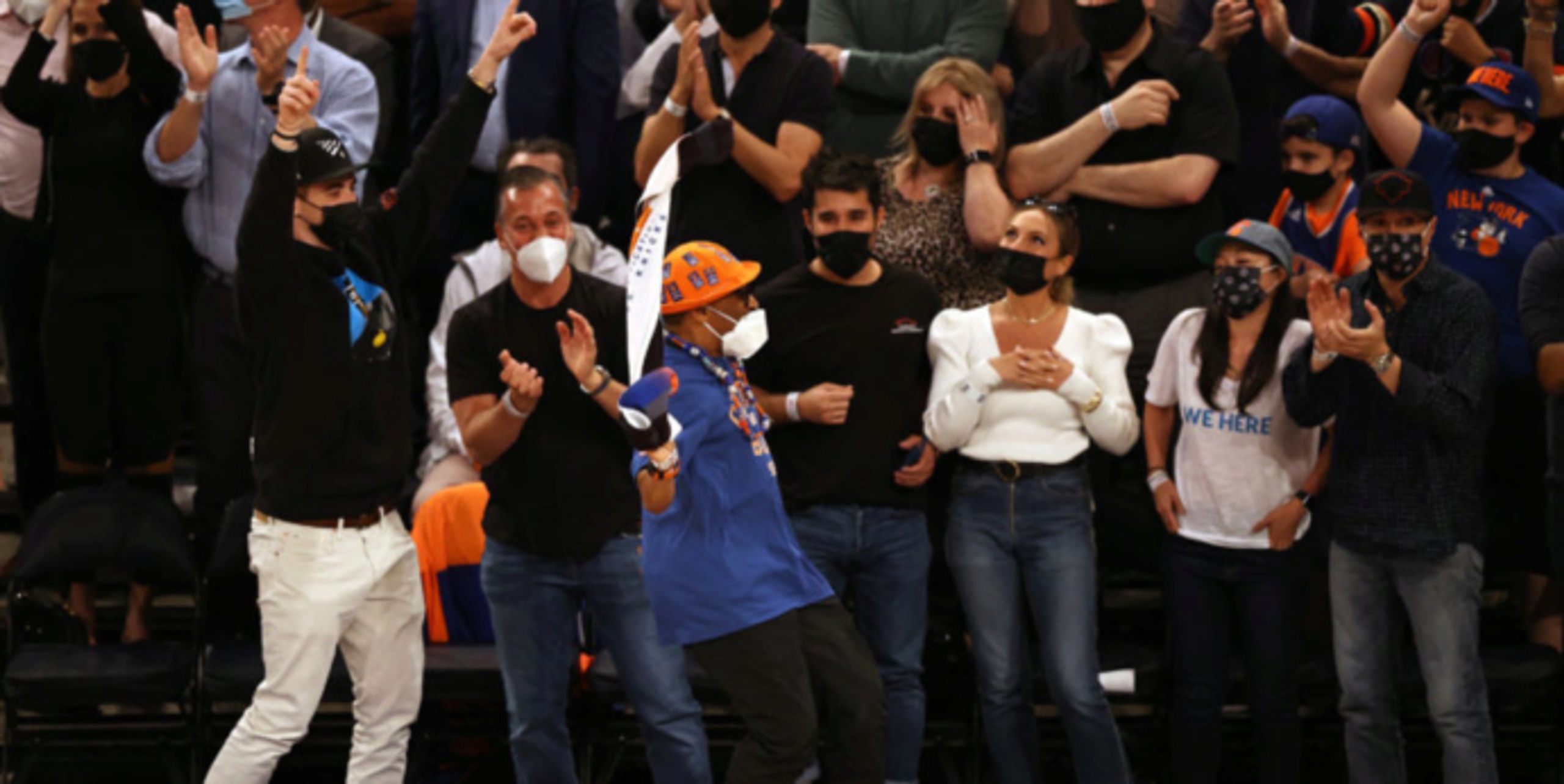 What was chanted at Trae Young shall not be repeated here because we do have some hard and fast vulgarity rules. “Bleep Trae Young” will have to suffice. Use your imagination.

Another raucous playoff crowd at Madison Square Garden was at its full-throated best Wednesday night, as the New York Knicks rallied from deficits that were in the double digits for most of the first two-and-a-half quarters and defeated the Atlanta Hawks, 101-92.

The series is now tied and won’t be back in New York until next Wednesday night, which gives Hawks fans some time to hone their chant lyrics. But they will have to choose who they go after, because this Knicks team showed in Game 2 that they are a whole lot more than Julius Randle’s supporting cast.

The best player from a consistency standpoint was Derrick Rose with 26 points. The energizer guys were Reggie Bullock and Alec Burks and Taj Gibson, and the man of the moment schematically was Tom Thibodeau, who changed his starting lineup for the second half and went with Rose and Gibson instead of Elfrid Payton and Nerlens Noel.

“We felt like we needed a jolt of energy, so we made changes,” said Thibodeau, citing the playoff experience of Gibson and Rose as a component that the Knicks needed to use after a first-half funk took the crowd out of the game until the players on the court brought it back to life.

LeBron James even tweeted that the Garden sounded loud. The word he used was “rockin,” and it was exactly that with another assemblage of more than 15,000 fans following a regular season in which crowds were limited to a couple thousand, as New York was slow to emerge from the isolation and anti-socialization that came from 14 months of the pandemic-enforced safety protocols.

Everyone had to wear a mask to get inside, but more than half of those masks were in pockets by the time Rose dribbled out the final 22 seconds of game time, raised his hands to the crowd and clapped them. He was the player of the game, but the hustle ball went to Gibson after he was a plus-23 in 30 minutes with more rebounds (seven) than points (six). Gibson also had three of the Knicks’ seven steals.

This crowd deserved a bravo after coming to life for both Game 1 and Game 2 of this series, reminding everyone of the fact that New York is very much a Knicks town no matter what the Brooklyn Nets do. The Knicks are an NBA original, while the Nets are a borough away from where the lights burn brightest. Manhattan and Brooklyn are quite different, and it is not just the rent or the preponderance of people outside Penn Station, which crushes anything Atlantic Yards can produce even when the subways empty out there.

“It’s amazing. … You guys pushed us through the whole game. We gotta go on the road and take care of business.”

The city of Manhattan has a pedigree to it that nothing in Brooklyn will ever replicate, and for better or worse, this will always be a Knicks town no matter what happens on the other side of the East River. Kyrie Irving and Kevin Durant wanted no part of Madison Square Garden when they were shopping for new homes, and only time will tell if that was regrettable.

For now, New York has one team -- the Knicks -- that hangs its hat on the defensive end of the court and can compete with what the NBA gods have served up for now. It really does not matter whether the Knicks are a walkover upcoming opponent for the Sixers, who seem poised to sweep their first-round series with Washington. The team in New York's way right now is Atlanta, and although Young came ready to silence his hecklers -- he shushed them after sinking his first bucket, a three -- he did not have the staying power that was necessary to keep the Hawks playing from ahead.

Bullock tied the game on a three-pointer with 2:41 left in the third quarter and the Knicks went ahead shortly thereafter, staying there until Clint Capela erased his own goose egg on his first bucket of the night with 5:06 remaining. Rose answered with a seven-foot hook shot and Bullock hit a three with 3:26 remaining, and by the time De'Andre Hunter made a free throw with 38 seconds left, it had been nearly four-and-a-half minutes since a single Hawks point went up on the scoreboard. Capela’s alley-oop dunk ended up being Atlanta’s final basket.

We’ll see these instant rivals back at each other Friday night in a 7 p.m. tipoff, when, as Young said, this will be back in The A.

Trae Young had a message for Knicks fans after the Hawks' game 2 loss at MSG:

We are all looking forward to it, Trae. Please keep the good stuff coming.