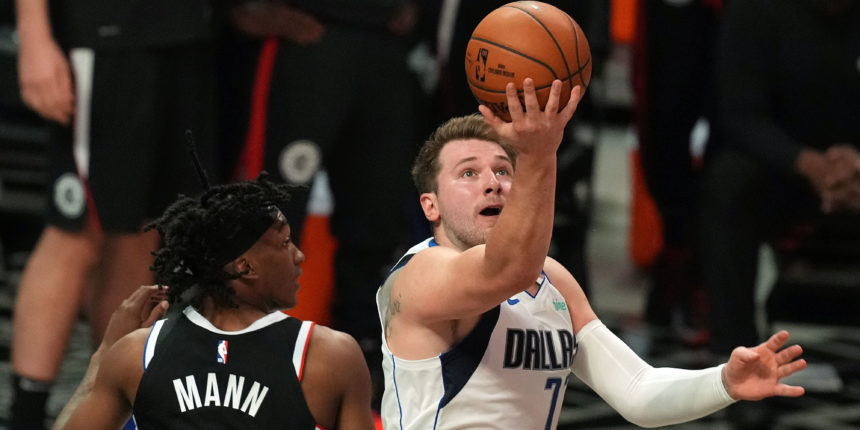 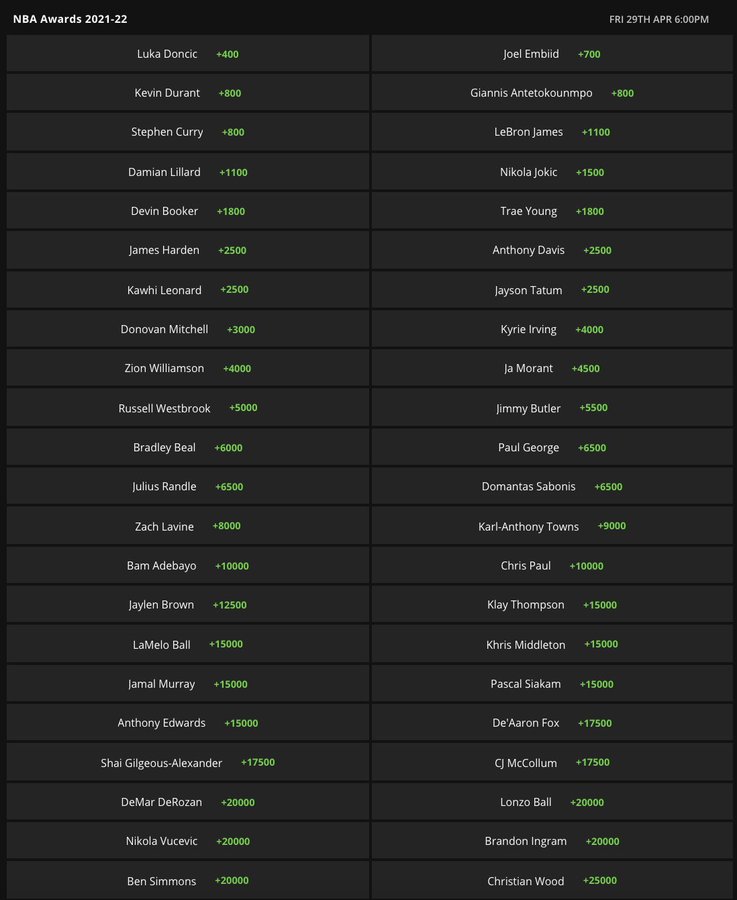 Doncic averaged 27.7 points, 8.6 assists and 8.0 rebounds per game in his third season while also shooting a career-high 35 percent from beyond the arc. He finished sixth in MVP voting for 2020-21. Embiid placed second in the vote after putting up 28.5 points and 10.6 rebounds per game for the top-seeded Sixers.

Among this year's Finals squads, Antetokounmpo leads in the book, with Devin Booker (+1800) and Chris Paul (+10000) following behind. Rookie of the Year winner LaMelo Ball is listed at +15000.

NBA, NBPA finalizing an agreement on health/safety protocols for the season
2h

5 battles to watch during Celtics training camp and preseason
6h

Damian Lillard has faith Blazers will be better this season
3h