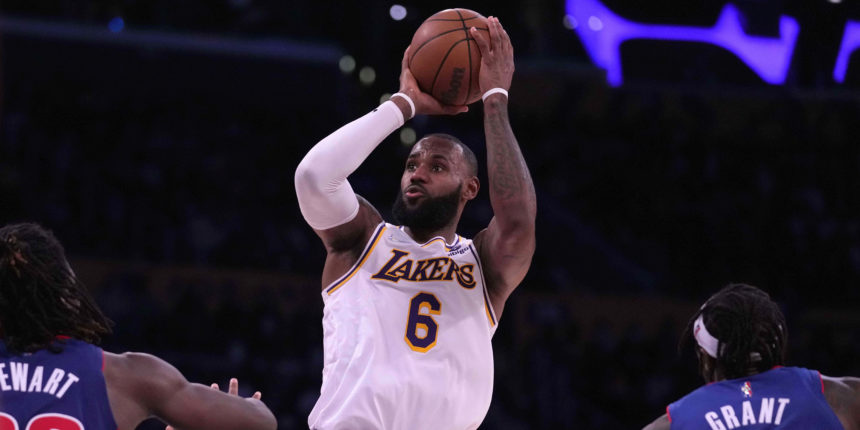 This past week, LeBron James shared his frustration and confusion regarding the health and safety protocols implemented by the NBA regarding COVID-19.

LeBron is not happy with the protocols

Luckily for the Los Angeles Lakers, LeBron only missed one game and returned to the starting lineup against the Los Angeles Clippers. Following the Lakers' loss to their crosstown rivals, LeBron shared his frustration with the league's health and safety protocols. LeBron initially tested positive for COVID, which made him miss the game against the Sacramento Kings, but soon after testing negative twice, the decision was overturned.

LeBron said the whole process caused a lot of frustration for him because when he tested positive, his entire family had to self-isolate; then, he tested negative, which made no sense to him whatsoever.

“The fact that I tested negative first, and then my second test came back positive, and usually when you have a positive test, they will test you right away to make sure,” LeBron said when asked what part of the angered him.

“There was not a follow-up test after my positive test. It was straight isolation, and you’ve been put into protocol. That’s the part that kind of angered me, and I had to figure out a way to get home from Sacramento by myself, they wouldn’t allow anyone to travel with me — no security, no anything when I traveled back from Sacramento. And then, I had to put my kids in isolation for the time being, and put people in my household in isolation for the time being. So, it was just a big-time inconvenience, so that was just the angry part.”

LeBron didn’t have any health problems after finding out he was positive for COVID, and he thinks the whole situation by the NBA was poorly handled.

“I knew I was gonna get cleared because I never, ever felt sick, at all,” LeBron said. “And I know you can be asymptomatic, but, I mean, if what I had was a positive COVID test, then what are we doing? What are we talking about? So, I just thought it was handled very poorly.”

"Confused, frustrated, angry...I knew I was going to get cleared. I thought it was handled very poorly." LeBron James with @LakersReporter on being in health and safety protocols the last few days. #LakeShow pic.twitter.com/NemhzyzJ5k

In the last week or so, there has been a surge of players testing positive for COVID around the NBA. LeBron is one of the first significant superstars in the NBA to speak out against the whole process that is implemented by the league, so will be interesting to see if the NBA decides to alter the rules in some way after those comments.