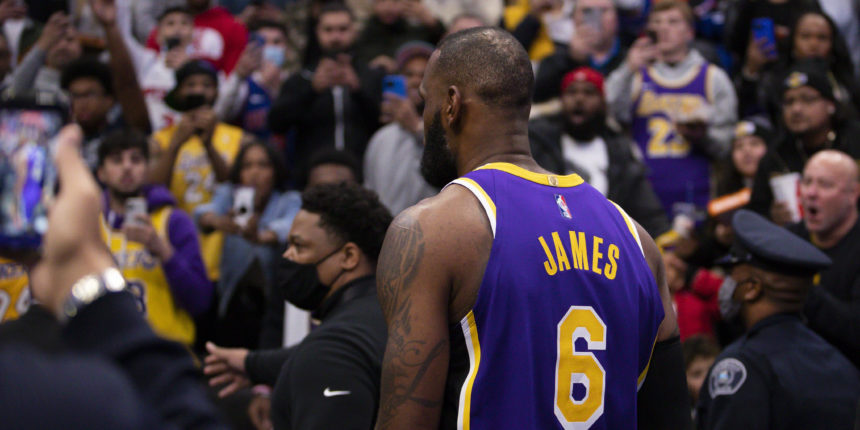 It’s never good when a bloody player is chasing someone on the floor. But it’s particularly stressful when it’s happening on the Detroit Pistons’ home court. The team with the Malice at the Palace in their DNA doesn't want a repeat of that situation, but it certainly was on everyone's mind after LeBron James elbowed Isaiah Stewart’s face and nearly caused a brawl.

While fighting for position to potentially grab a rebound following a free throw, LeBron threw a dirty elbow that connected with Stewart’s eye. After gathering himself for a few seconds, Stewart got up and started walking toward James. As the blood began running down his face, Stewart got angrier and angrier. On several occasions, he had to be stopped while trying to storm at Lakers players, primarily James.

James was ejected from the game, and Stewart was escorted to the locker room to get medical attention.

LeBron will undoubtedly get a suspension after an apparent intentional blow to the head of Stewart. Given how the Lakers have looked without LeBron, and the fact they barely hung on to beat the Pistons, every game without James is a blow for the Lakers. Watch the incident below:

What a surreal scene. Isaiah Stewart not only wanted to take on LeBron James and everyone on the Lakers but he calmly did the “it’s over, I’m done” walk off multiple times before sprinting back to get his revenge. The back door attempt at the end is crazy. pic.twitter.com/5W0wmhtOUZ