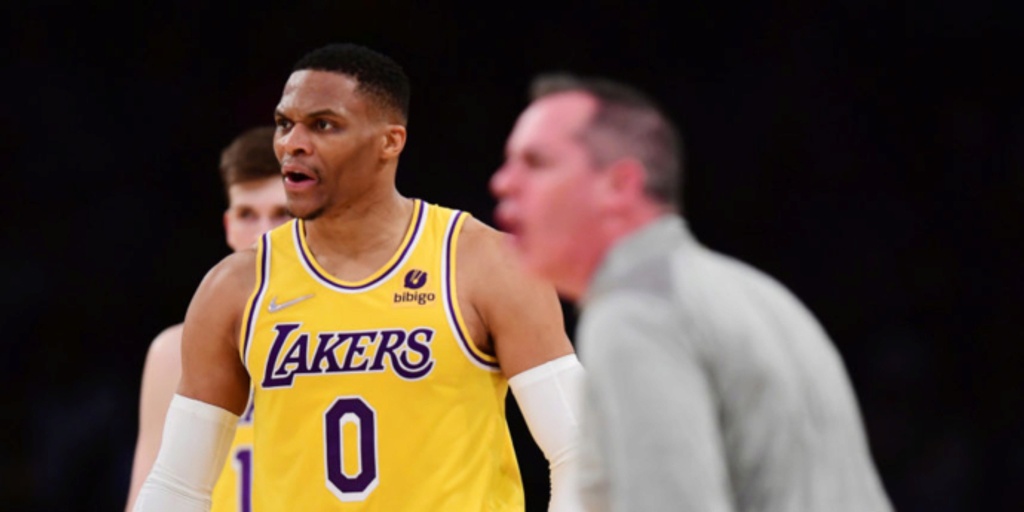 Lakers may start bringing Russell Westbrook off the bench

After losing to the Clippers, Lakers head coach Frank Vogel was asked if he has considered bringing Russell Westbrook off the bench.

Vogel replied, "We've talked about everything," according to Jack Maloney of CBS Sports.

ANALYSIS: While Vogel's response technically didn't confirm anything, the fact that he did not refute the possibility of Westbrook's possible benching speaks volumes for how desperate the Lakers have become this season.