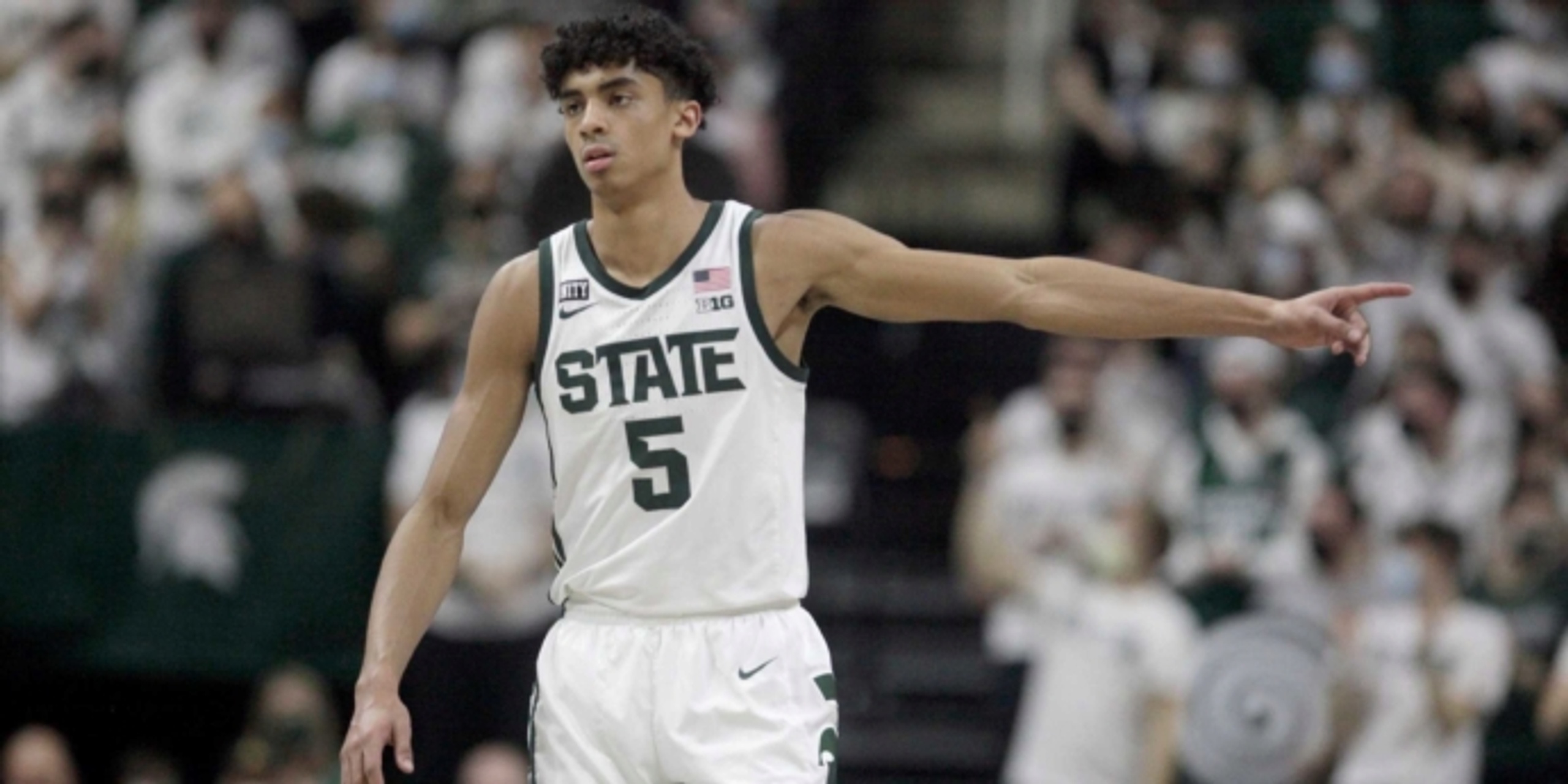 Lakers get potential steal Max Christie with No. 35 in 2022 NBA Draft

Earlier today, the Los Angeles Lakers acquired the No. 35 overall pick from the Orlando Magic. Tonight, they used it to select one of the biggest sleepers in the 2022 NBA Draft: Max Christie from Michigan State.

Our senior NBA Draft analyst Matt Babcock loves Christie's game and had him circled as one of his favorite dark-horse prospects in this class. Here's Babcock's scouting breakdown of Christie:

"A former 5-star recruit, Max Christie went to Michigan State as one of the top ranked freshmen in the country. At 6-foot-6 and 190 pounds, Christie possesses the ability to shoot and score the ball at a high level. It’s also worth noting that he has some experience playing on the ball as a point guard. Although he played mostly off the ball for Michigan State, it is a good example of his versatility. Christie is full of upside as he enters the NBA.

The 19-year-old helped himself during the pre-draft process, winning over quite a few people in NBA circles in recent months. He is a young, high-upside prospect who could be a special player once he develops.

Adding a second-rounder was a smart way for Los Angeles to add some young talent on a bargain contract, and it certainly seems like they hit on the pick with Christie.