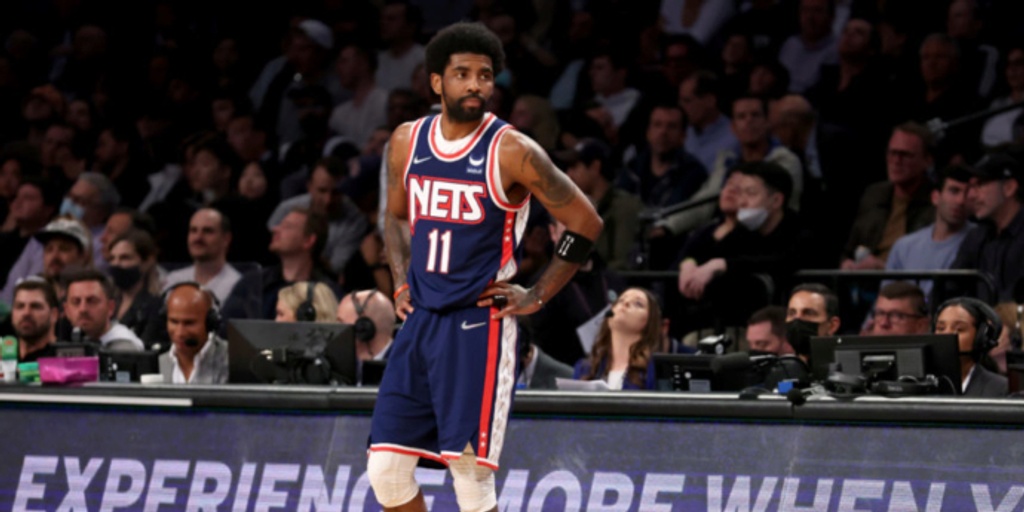 Kyrie Irving worried Brooklyn would trade or release him this season

Kyrie Irving recently went on a podcast titled, The ETCs with Kevin Durant, where he detailed what the season felt like to him having missed a good chunk of it due to his vaccination status. Primarily, Irving sounded concerned about how Brooklyn would respond to his refusal to get the vaccine.

Irving only played 29 games for the Nets this season because he refused to abide by New York's vaccine mandate and may have potentially played less if the mandate hadn't been lifted.

ANALYSIS: Quotes like these bring Kyrie's next contract extension with Brooklyn into focus. There's no doubt that Brooklyn is much better when Kyrie's on the floor, but with all the drama that he's brought to the Nets, management has to ask themselves if he's truly worth investing so much money in. Factoring the lack of playoff success the team has had, giving him the max feels far from a no-brainer.