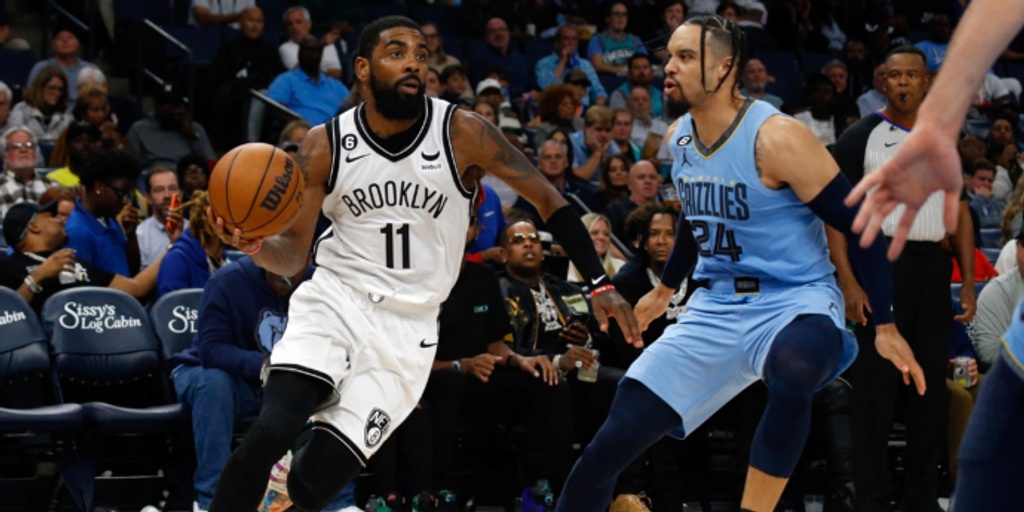 Kyrie Irving expected to return from suspension Sunday vs. Grizzlies

Kyrie Irving's suspension is coming to an end after eight games.

The Brooklyn Nets are expected to clear Irving ahead of Sunday's game against the Memphis Grizzlies, according to Shams Charania of The Athletic.

Irving was suspended by the Nets after he tweeted out an Amazon link to the documentary "Hebrews to Negros: Wake Up Black America," which features antisemitic content.

Just In: Suspended Brooklyn Nets star Kyrie Irving is expected to be cleared to play on Sunday vs. Memphis at Barclays Center, sources tell @TheAthletic @Stadium.

In order to return to the team, the Nets mandated that Irving complete the following steps:

1) Apologize and condemn the film.

5) Meet with the Anti-Defamation League and Jewish leaders.

6) Meet with Tsai to “demonstrate an understanding of the situation.”

This was controversial, as it was an unprecedented punishment for an NBA player. Not only has Irving completed all six steps, he has reportedly "gone above and beyond" what was asked of him by the Nets.

"Kyrie is continuing his journey of dialogue and education," National Basketball Players Association executive director Tamika Tremaglio told ESPN. "He has been grappling with the full weight of the impact of his voice and actions, particularly in the Jewish community.

"Kyrie rejects antisemitism in any form, and he's dedicated to bettering himself and increasing his level of understanding. He plans to continue this journey well into the future to ensure that his words and actions align with his pursuit of truth and knowledge."