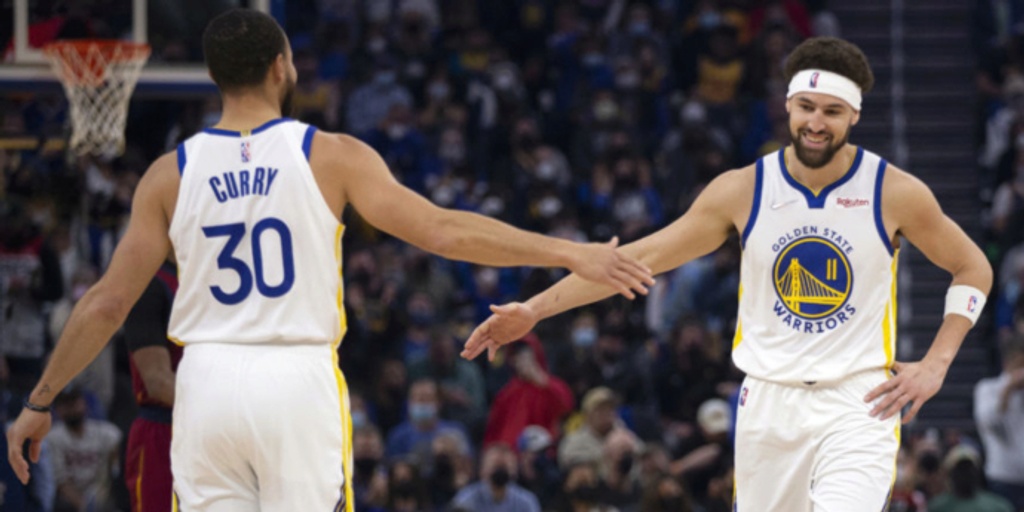 After being sidelined for more than two-and-a-half years — 941 days to be exact — Klay Thompson finally made his long-awaited return on Sunday as the Golden State Warriors faced the Cleveland Cavaliers.

Thompson was productive in his season debut, scoring 17 points and even throwing down a dunk over several Cavaliers at one point in the Warriors’ 96-82 win.

Warriors fans were obviously thrilled to get the five-time All-Star back, but fans across the country were also excited to see Thompson healthy again. After all, Klay is one of the most beloved players in all of professional sports.

So, perhaps it’s no surprise that Thompson’s return delivered huge numbers in terms of television ratings and social engagement.

After an electric season debut, Klay Thompson laces up again TONIGHT as the @warriors take on Memphis at 8pm/et on NBA TV! pic.twitter.com/cHVWKAvQhK

On Sunday, the NBA’s Instagram received 103 million views, which is a new regular-season record for the account. The posts that generated the most views were:

Content involving Thompson always seems to perform well on social media (even off-court stuff), and his first game back was no exception.

Thompson is clearly a fan favorite, as evidenced by the 367,743 All-Star votes he received this season without playing a single game (which ranked fourth-best among Western Conference guards, putting him ahead of Devin Booker, Chris Paul, Donovan Mitchell, Damian Lillard, etc.).

This lines up with a recent study that showed Thompson’s Twitter mentions are overwhelmingly supportive, with only 14.6% of tweets directed at him classified as negative — the fewest of any NBA star.

After some horrible luck in recent years, suffering a torn ACL and then a torn Achilles, it's great to have the three-time NBA champion back.