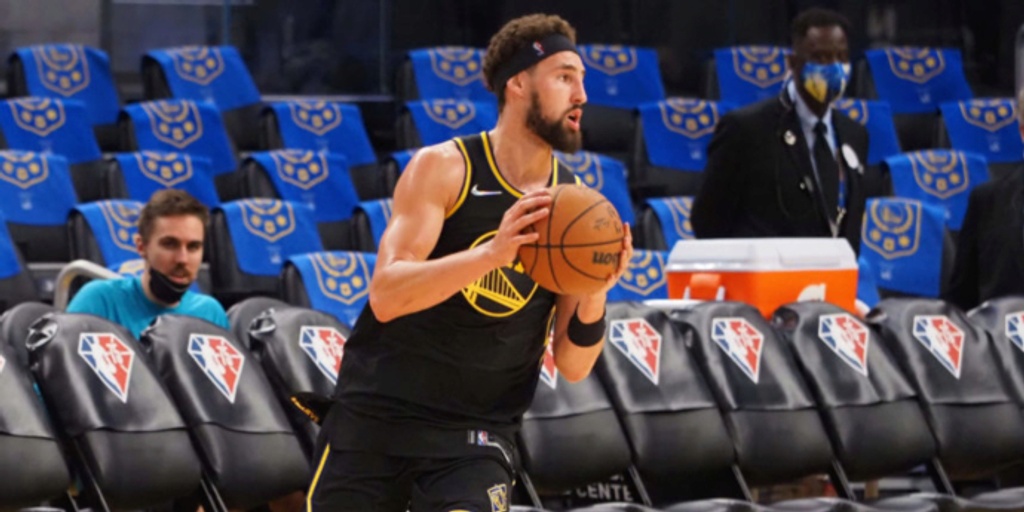 Klay Thompson ramping up conditioning, may return in late December

Klay Thompson hasn't appeared in an NBA game since June 14, 2019. After missing back-to-back seasons due to a torn ACL and torn Achilles, the five-time All-Star is finally nearing a return.

According to The Athletic's Shams Charania and Anthony Slater, Thompson is ramping up conditioning and he may return to the Golden State Warriors' lineup as early as Dec. 28 at home against the Denver Nuggets. The Warriors have reportedly ruled him out to return in any games prior to that.

Recently, the Warriors assigned Thompson and James Wiseman to their G League affiliate, the Santa Cruz Warriors, which indicated that they are nearing a return.