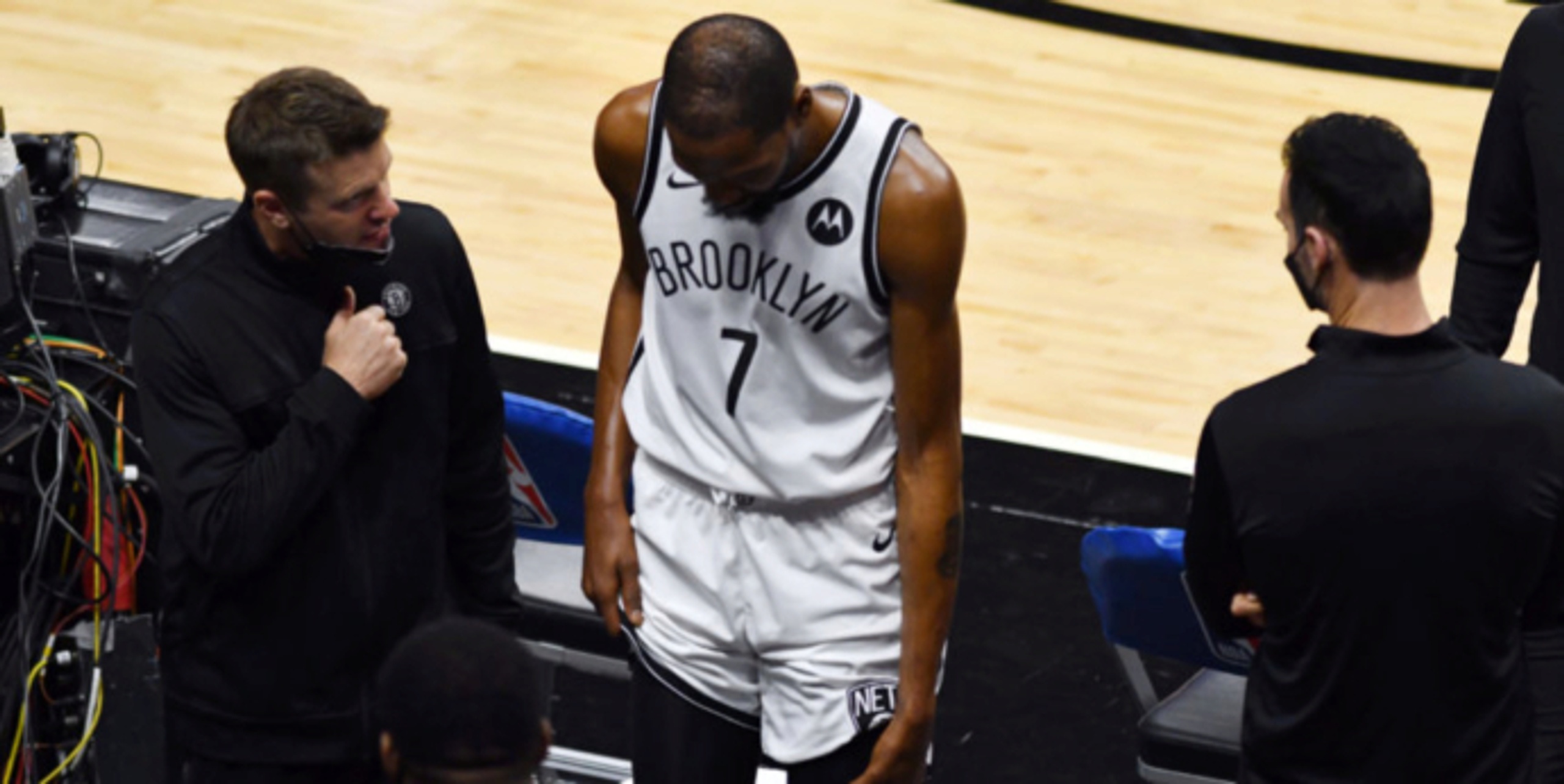 Kevin Durant left the game and was ruled out for the remainder of Sunday's contest with Miami due to a thigh contusion.

ANALYSIS: Durant had played just four minutes in the contest, scoring eight points and grabbing one rebound. The Nets star is averaging 28.1 points, 7.0 rebounds and 5.4 assists per game this season.