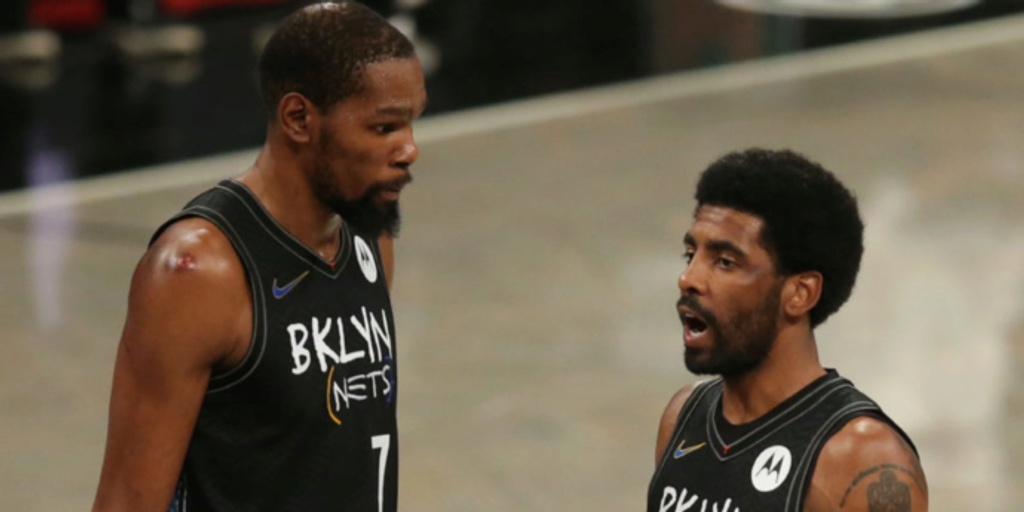 'Naïve' Kevin Durant 'envisioning Kyrie being a part of our team'

Kevin Durant on Kyrie Irving missing time due to vaccination laws: "I'm envisioning Kyrie being a part of our team. Maybe I'm just naïve, but that's just how I feel. But everybody here has that confidence in themselves and our group, that if we keep doing it we can do something special.”

ANALYSIS: Kyrie Irving has been one of the most prominent vaccine holdouts in the NBA, refusing to get the shot despite New York City requiring him to get one in order for him to participate in a home practice or game.

There is still little known about how the Nets will accomodate Irving or if there is a plan for him to eventually be vaccinated, though Durant calling himself naïve does not inspire confidence.